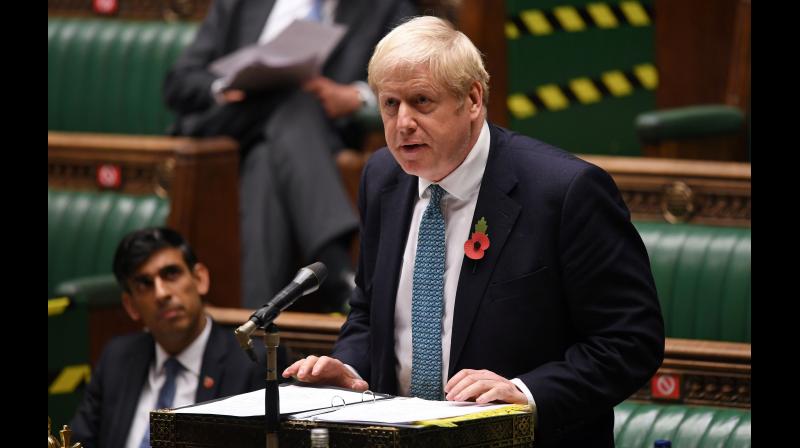 VIENNA : Austria and Greece on Tuesday will become the latest European nations to impose spirit-crushing curbs to combat the coronavirus surge, with a deadly terrorist attack in Vienna ahead of a partial lockdown compounding the misery.

The virus has infected over 46 million people worldwide, with more than 1.2 million deaths, and the acute outbreaks in Europe and America are sparking further alarm about the state of the already devastated global economy.

Austria's cases in recent weeks have surged well past the levels recorded in the spring, forcing the government to impose a curfew between 8 pm and 6 am starting Tuesday until the end of November.

Chancellor Sebastian Kurz had announced the measures on Saturday, describing them as "dramatic interventions in our social life".

No meetings will be allowed between people from more than two households, and there will be limited curfew exceptions for care responsibilities and essential work travel. Universities and high schools will move to distance learning, but kindergartens and other schools will remain open.

Just hours before the beginning of the lockdown, with people enjoying a final night of relative freedom, gunmen opened fire at multiple locations across central Vienna, killing at least two people.

A two-week lockdown will also come into force Tuesday in Greece's second-biggest city Thessaloniki, with flights suspended and everything closed except schools. The restrictions follow localised lockdowns in the regions of Kozani and Kastoria earlier this month.

The Covid-19 crisis has deepened in Europe in recent weeks with health experts warning the spikes in infections could overwhelm healthcare infrastructure across the continent.

To curb the spike in Germany, Europe's biggest economy, Chancellor Angela Merkel appealed to citizens to help achieve a "turnaround" by respecting a new round of shutdowns from Monday until the end of the month.

Much of Portugal also faces a lockdown from Wednesday while France, having imposed its second shutdown last week, is also preparing to further tighten restrictions. England will begin a new nationwide lockdown on Thursday, bringing it into line with other parts of the UK and Europe.

'Let's hope we still get Christmas'

The frustration over the economic and social cost of lockdowns has led to protests in many parts of the world, especially Europe, with some leading to violent skirmishes, notably in Spain and Italy as well as the Czech capital Prague and the eastern German city of Dresden.

"I'm very much against it, quite honestly, I think the whole situation has been blown up out of all recognition," said one shopper, who gave his first name as Andrew, referring to the new curbs in Britain.

"It's wrecking the whole economy of the country basically," he complained, pointing to the impact on the hospitality and catering sectors.

And some of Germany's top orchestras staged protests on Monday, warning that coronavirus lockdowns pose an existential threat to the arts and entertainment industries.

Musicians from internationally-renowned ensembles in Berlin and Munich, as well as the orchestra of the Bavarian State Opera in Munich, staged a minute's silence at the start of their respective concerts, according to video footage posted on social media.

Europe heads for another lockdown to stem second COVID-19 wave

Two girls rescued from rubble after earthquake in Turkey