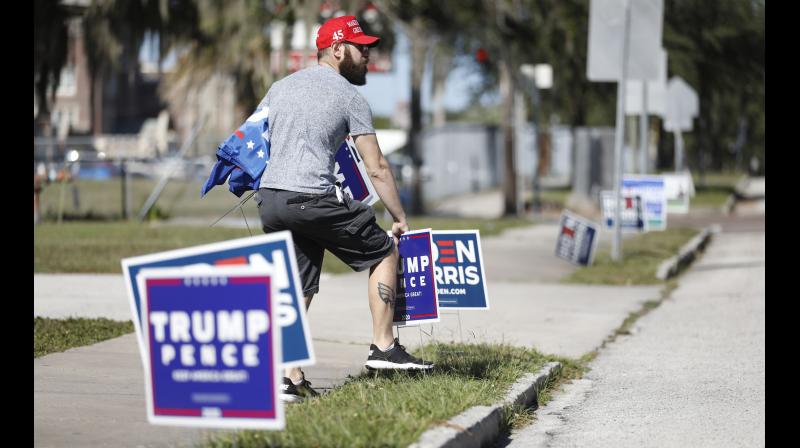 While election day has begun in the United States, interestingly, nearly 100 million people have already voted by mail or in person. It is expected that another 60 million are expected to vote by the end of the day.

In India, we won't come to know who the winner  is — Republican President Donald Trump or Democratic challenger and former US Vice-President Joe Biden — until the Wednesday noon or later. But AFP warns that the battle to achieve a majority 270 electoral votes could be too close to call. This could also mean that we Indians could come to know of the full results late on Wednesday or even longer.

If there are legal battles over the counting of votes, then the electoral fight could reach epic proportions too. In fact, both parties have geared up for legal fights in several states where a favorable court judgment could tilt the results one way or another, AFP reports.

Georgia is an interesting case

The so-called peach state has voted solidly Republican in all but two presidential elections since 1960. Biden seeks to win this state this year.

AP projects the ex-VP has won Vermont, which has 38 electoral votes.

When will all polls be closed?

Most close by 9:00 pm EST ( 7-7.30 am), opening the way for a gusher of vote tallies over the following hours, with some districts and states reporting faster than others.

There are 538 electors in the 50 states of America and the District of Columbia. States with bigger population have more number of electors. Hence, a candidate needs to win at least 270 electors.

How to Americans vote?

According to an Al Jazeera article, voters do not directly elect the president, but the members of the US Congress are directly elected. This means that voters in each US state vote for “electors”, who vote for a presidential and vice presidential candidate. However, such a system has led to a candidate winning the nationwide popular vote but losing the Electoral College, like it happened in 2016 and 2000.