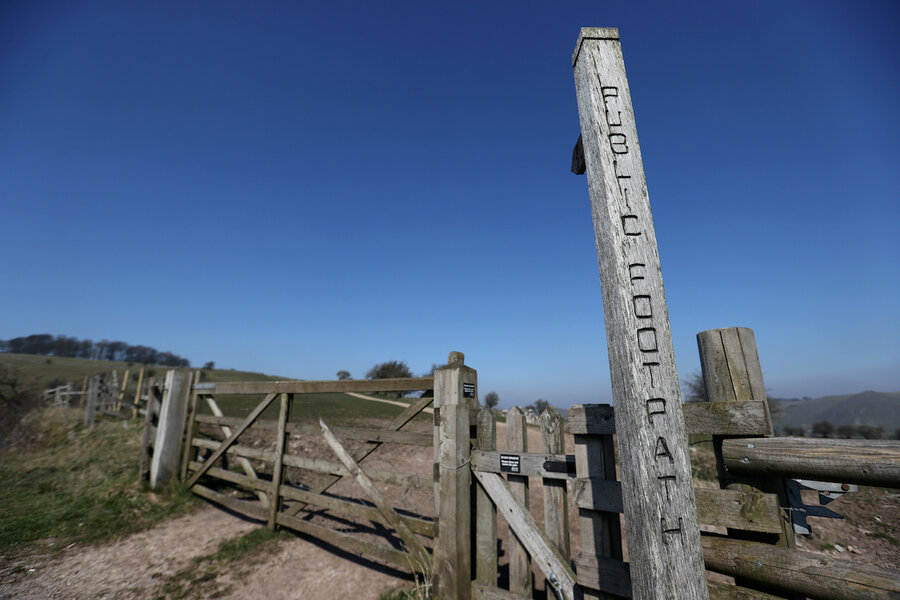 Walking enthusiasts have uncovered nearly 50,000 miles of footpaths that are missing from official maps in England and Wales, putting them at risk of being lost forever, a charity said on Monday.

The historic paths, which include a favorite walk described by writer Virginia Woolf in her diaries, were identified by 3,500 volunteers using old maps in one of the biggest citizen-mapping projects of its kind.

“It’s a race against time to save these paths that may have been there for hundreds if not thousands of years,” said Jack Cornish, who heads the lost paths campaign for the Ramblers, a walking charity.

“People have really seen the importance of getting outdoors and accessing nature during this pandemic so saving these paths has taken on even greater urgency,” he told the Thomson Reuters Foundation.

The COVID-19 pandemic has led to a surge of interest in the countryside in Britain, with restrictions to control the virus’s spread ending many other leisure activities.

Mr. Cornish said the Ramblers was rushing to meet a government-imposed 2026 deadline to get the paths added to official maps, a step that would protect them for future generations.

In total, the volunteers discovered 49,138 miles of historic footpaths – enough to stretch around the world nearly twice – were not marked on official maps.

The routes include part of the Icknield Way, an ancient trackway in eastern and southern England, which some scholars believe to be prehistoric. Others connect to old Roman roads.

“Most of these paths were formed by ordinary people using them over centuries. Some would have been used by miners, by smugglers, by people on pilgrimages,” Mr. Cornish said.

“For me, these paths are a part of our heritage as much as a big cathedral or an iron-age hill fort.”

The Countryside and Rights of Way Act 2000, sometimes called the Right to Roam Act, requires all rights of way to be recorded. Once legally recorded and added to the definitive map, paths are protected for public use.

The Ramblers will now work with volunteers to get the most useful and important of the lost paths on the map by searching for historical evidence to support applications for their inclusion to local authorities.

Mr. Cornish said the vast majority of paths were still viable despite the expansion of towns, cities, and infrastructure like motorways.

“Many field boundaries have not changed since the Middle Ages. In some ways our landscape is less developed than sometimes people think,” he said.

The additional paths would add to an existing network of 140,000 miles of paths and bridleways in England and Wales.