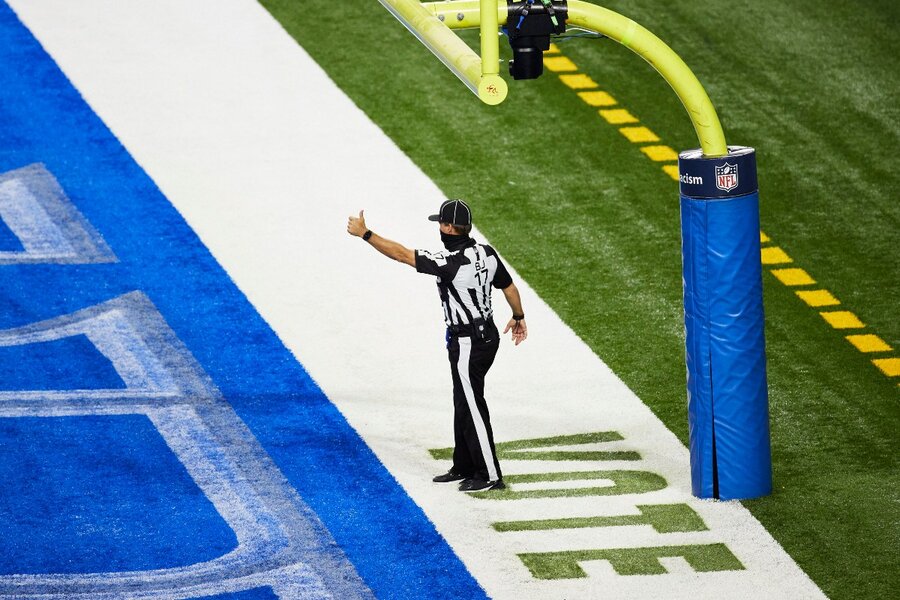 After a year of deep disruption, America is poised for a presidential election that renders a verdict on the nation’s role in the world and the direction of its economy, on its willingness to contain an escalating pandemic and its ability to confront systemic racial inequity.

But the two men on the ballot, President Donald Trump and Democrat Joe Biden, offer more than just differing solutions for the country’s most pressing problems. The choice before voters is a referendum on the role of the presidency itself and a test of the sturdiness of democracy, with the president challenging the legitimacy of the outcome even before Election Day and law enforcement agencies braced for the possibility of civil unrest.

“There’s more than just your standard ideological difference between the two candidates. There’s a fundamentally different view of what the presidency is and what leadership means for the nation,” said Jeffrey Engel, director of the Center for Presidential History at Southern Methodist University.

A Trump victory would deepen the anti-establishment, inward-facing approach to the nation’s challenges that he has ushered in over the past four years – an approach enthusiastically embraced by the president’s supporters and loathed by his critics. The courts, which have been stacked with a generation of conservative jurists during Mr. Trump’s tenure, would veer further to the right.

Victory for Mr. Biden would be as much a repudiation of the incumbent as it would be a win for the longtime Democratic politician, a former vice president and senator. Though Mr. Biden has outlined an agenda that envisions a more robust role for the federal government in American life and a more aggressive effort to combat the pandemic, the core of his campaign centered on him being a temperamental contrast to Mr. Trump.

Control of the Senate is also at stake. Competitive races from Maine to Arizona give Democrats a chance to retake the majority from Republicans. Democrats are expected to easily maintain their grip on the House.

The election is being held at a moment of bitter partisanship in America, and whichever candidate wins the White House will confront the challenge of governing through deep divisions. If anything, the campaign has clarified how stratified the United States has become, with Mr. Trump’s base of support coming from overwhelmingly white voters at lower income and education levels. More highly educated Americans, particularly women, and voters of color, most notably African Americans, have all but abandoned the Republican Party during Mr. Trump’s four years in office.

Mr. Trump faced a particularly fierce outcry from Black Americans after his response to the largely peaceful protests that erupted across the country this summer over racial injustice in policing. The president highlighted the sporadic outbursts of violence and argued that white, suburban neighborhoods would be overrun by mayhem if Mr. Biden were elected.

Mr. Biden has condemned Mr. Trump as racist. Mr. Biden also has made explicit appeals to Republicans, seeking to draw support from those who may have taken a chance on Mr. Trump but have been turned off by his divisiveness and fierce personal attacks on his critics.

The Democratic nominee has proved to be an alluring alternative to some of those voters, given his more moderate record and campaign agenda, and his more traditional approach to foreign policy, including U.S. engagement in the kinds of multilateral institutions such as NATO that Mr. Trump has flirted with abandoning.

Dan Giesen, of Minneapolis, said he was a conservative voter before Mr. Trump became the Republican nominee four years ago, leading him to vote for third-party candidate Evan McMullin. Last week, Mr. Giesen was waiting in line to cast his vote early for Mr. Biden.

“I think we can deal with partisan differences when our institutions and our norms are in place, but I think that those are being seriously eroded under Donald Trump,” he said.

Mr. Biden heads into Tuesday’s election with an edge in public polling, including a comfortable national lead and a narrower advantage in some of the battleground states that will decide the contest. He has multiple paths to victory and has devoted significant resources to the Upper Midwest states where Mr. Trump surprised Democrats four years ago, but also to states such as Arizona and Georgia that for years have been reliable Republican territory.

Though Democrats are wary of overconfidence, given Mr. Trump’s upset in 2016, party leaders see significant differences in this year’s election. Mr. Biden is viewed more favorably by voters than Hillary Clinton was four years ago. And the pandemic, which has upended nearly every aspect of American life, saddled Mr. Trump with overwhelmingly negative reviews from voters on his handling of the crisis.

“In the last 10 days of 2016, the story was, ‘What’s the FBI going to do about the newly reopened Hillary Clinton email investigation?’” said Sen. Tim Kaine of Virginia, who was Ms. Clinton’s running mate in 2016. Now, Mr. Kaine said, “they’re talking about COVID and how it’s affecting communities.”

The pandemic indeed turned Mr. Trump’s plans for this election year inside out.

The president opened 2020 in strong position, with a robust economic record and the GOP unified behind him after he survived an impeachment trial centered on his request for Ukraine’s help digging up dirt on Mr. Biden.

Since then, the coronavirus has gripped the nation, causing more than 230,000 deaths and infecting more than 9 million Americans; both are the highest confirmed counts in the world. The U.S. economy cratered, and though it has recovered somewhat, the unemployment rate rests at 7.9% and businesses across the country are worried about surviving the winter, given that infection rates are on the rise.

Mr. Trump himself contracted the virus in October and was briefly hospitalized. Since then, he’s been barnstorming the country, holding large rallies with crowds that are not socially distanced and only sporadically wearing masks. His message to Americans has been that the U.S. is “rounding the corner” on the virus, despite the fact that cases are on the rise in most states and the U.S. is setting daily records for confirmed cases.

Sixty-five percent of Americans said the president has not taking the pandemic seriously enough, according to a mid-October poll from The Associated Press-NORC Center for Public Affairs Research.

Despite the pandemic’s toll on his political fortunes, Mr. Trump’s campaign is banking on strategy similar to 2016. Advisers contend that Mr. Trump will draw out new voters who haven’t participated in politics previously or in some time. His campaign is also banking on some voters ultimately looking beyond their personal qualms with the president to back his policies.

That was the case for Tom Redford, who cast his ballot for Mr. Trump on Thursday outside of Richmond, Virginia. Mr. Redford said he’s the only Trump supporter in his family and doesn’t much like the president personally.

“But everything he’s done is great – everything, including what he’s done on the coronavirus,” Mr. Redford said as he waited in a line of more than 200 people.

The president’s pathway to the 270 Electoral College votes needed to win the White House is narrow. He needs to hold onto Florida, a perennial battleground, as well as nearly all of the territory he carried in 2016. He’s spent the final days of the campaign on defense, making stops in states such as Georgia and Iowa, where he won comfortably four years ago.

The challenge for Mr. Trump is engineering a late shift in the race when so many voters have already cast ballots. By Sunday, the early vote tally represented more than 67% of all the votes cast in the 2016 race.

As for the sound of the 2020 race, car horns have replaced the roar of Democratic crowds.

On the Republican side, Mr. Trump remained energized by large, mostly unmasked crowds in defiance of the advice from his administration’s top public health officials.

The president was making a final blur of 10 rallies across battleground states, arguing falsely that the coronavirus was on the wane and falling back on familiar anthems about Hillary Clinton, his vanquished 2016 rival, and building a border wall between the U.S. and Mexico.

“Tuesday is our big deal as a country!” Mr. Trump said on Sunday, as he braved flurries and a stiff wind chill in Michigan. The president is aiming to run up support in the whiter, more rural parts of the state with warnings that a Biden win could be disastrous for the economy.

Down in the polls and at a cash disadvantage, Mr. Trump expressed confidence and said of Mr. Biden at one point, “I don’t think he knows he’s losing.”

In contrast, Mr. Biden’s campaign rallies through Michigan, Georgia, and Pennsylvania were strictly distanced and often drive-in affairs where mask-wearing is required.

At an Atlanta-area event on Sunday, a Biden staffer stepped to the podium and enforced the rules just before California Sen. Kamala Harris, as Mr. Biden’s running mate, spoke.

“Y’all need to go back to your cars,” the aide said. “We are not a Trump rally.”

Also defining this campaign at its ragged end is a hovering uncertainty and anxiety. Mr. Trump has refused to commit to a peaceful transfer of power if he loses to Mr. Biden, and his exhortation to supporters to “stand back and stand by” the polls to make sure the vote is legit sounded to some like a call to intimidate voters and elections officials.

Images and reports, such as a get-out-the-vote rally in North Carolina on Saturday that ended with law enforcement pepper spraying the crowd, kept the country on edge. State police said participants were blocking the roadway and had no authorization to be there. In Texas, Trump supporters in cars and trucks swarmed around a Biden campaign bus at high speed on a highway.

Idaho Legislature shuts down due to Covid-19 outbreak

Democrats have a sweeping agenda. Should a Senate tradition stop them?

At least 5 dead as tornadoes tear through Alabama