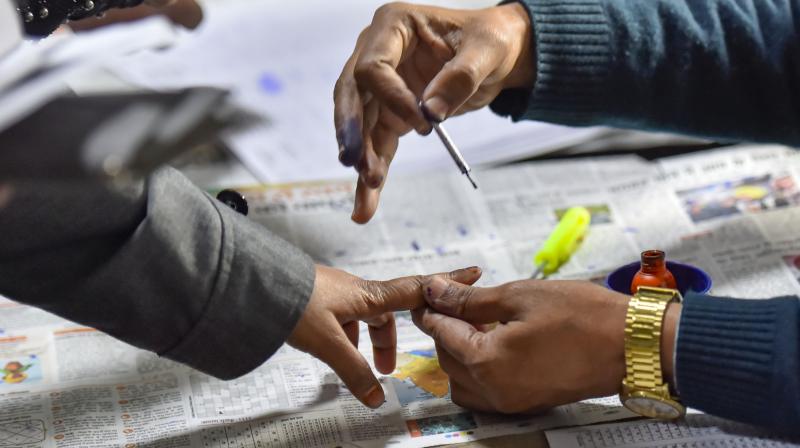 Hyderabad: The State Election Commission (SEC) on Saturday set the ball rolling for the Greater Hyderabad Municipal Corporation (GHMC) elections by releasing the schedule for publication of the new electoral rolls.  Officials said if everything goes according to plan, the notification for GHMC polls will be released immediately thereafter, most likely by November 15.

According to the schedule, ward-wise draft electoral rolls will be published on November 7. Objections and claims will be received Assembly constituency-wise from November 8 to November 11.

The term of existing corporators is scheduled to expire on February 10, 2021. Article 243-U (3) (a) of the Constitution and Section 7 of GHMC Act require that elections are completed three months before expiry of the five-year term.
In this regard, Arvind Kumar, principal secretary (municipal administration and urban development) Arvind Kumar and GHMC commissioner D.S. Lokesh Kumar met SEC officials and held discussions on completing elections to the civic body within the stipulated time.

Arvind Kumar apprised the SEC that the government, through GO No. 561 dated October 31, 2020, has issued orders continuing the delimited status of wards (finalised during 2016 GHMC elections) for the ensuing civic body polls too. Likewise, orders have also been issued to continue reservations of wards for STs, SCs, BCs and women as decided during the previous corporation elections.
Accordingly, while issuing the notification for preparation and publication of ward-wise electoral rolls for GHMC, the SEC suggested that the entire GHMC machinery focus on election work from now onwards till completion of polling.

The commission also instructed that ward-wise electoral rolls be prepared by deputy municipal commissioners with meticulous care, so that conduct of elections passes off smoothly.