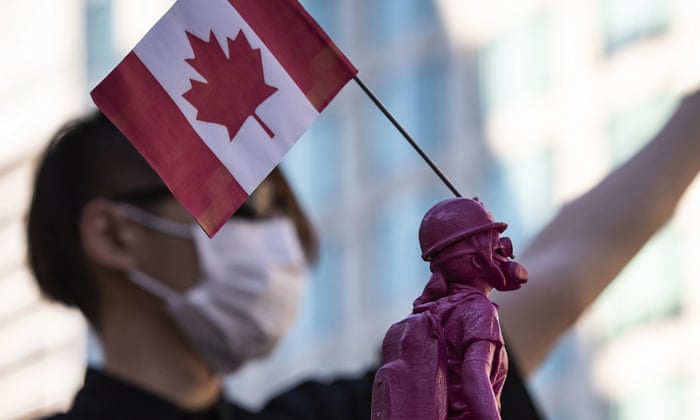 Canada has drawn up plans to evacuate hundreds of thousands of its citizens from Hong Kong if necessary, but officials have cautioned they can do little for pro-democracy activists seeking refuge from the Chinese authorities.

Jeff Nankivell, Canada’s consul general in Hong Kong and Macao, told a parliamentary committee the federal government had drafted plans to assist nearly 300,000 Canadians living in in the territory if the security situation deteriorated.

“We do have detailed plans in place and we have resources available and identified to cover a range of situations up to, and including, a situation where the urgent departure of a large number of Canadians would be necessary,” he said.

“The likelihood of that kind of extreme scenario appears right now to be low, but it’s our job to plan for the most extreme situations.”

The potential need for evacuation plans was underlined by China’s decision in the summer to enact a controversial security measure. The law, which critics say has criminalised activism and dissent in Hong Kong, has stifled pro-democracy movements and had a chilling effect on media, education and politics.

Nankivell’s testimony is likely to further escalate tensions between China and Canada. After Ottawa expressed support for activists in Hong Kong, China’s ambassador to Canada, Cong Peiwu, said any “interference in China’s domestic affairs” could potentially jeopardise the “ the good health and safety” of Canadian citizens living in in the territory.

Canada has plans for a large-scale evacuation, but Nankivell said his staff were unable to help asylum seekers looking for protection at the consulate.

“The global policy of Canada, similar to most other countries, is that our diplomatic missions, including consulates, do not accept applications of asylum at our offices from people who are in their own territory,” he said, adding that no one had yet tried to claim asylum.

In contrast to Canada’s evacuation plans, the UK has said it would extend immigration rights to Hong Kong residents who hold a British National Overseas (BNO) passport. There are currently 300,000 BNO passport holders – those who were born before the 1997 handover of the British territory – but as many as 3 million people could qualify.

China has criticised the plan. Its foreign ministry recently told the UK to “immediately correct its mistakes” and rescind the offer, according to Reuters.

The new visas would permit five-year entry, as opposed to the current six months, and applications open on 31 January. The UK has not yet said what measures are in place to aid its 30,000 citizens living in Hong Kong.