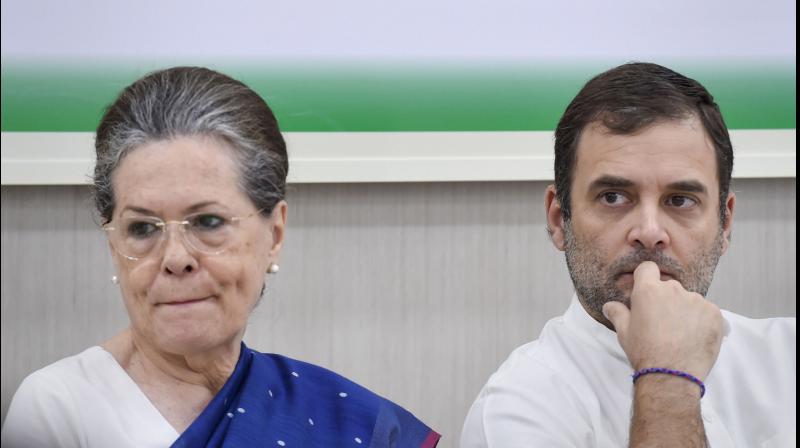 New Delhi: The Congress has finally begun the process of electing a new president, more than a year after Rahul Gandhi quit following the party’s disastrous performance in the 2019 Lok Sabha polls.

The party’s chief election authority, headed by Madhusudan Mistry, has written a letter to all Pradesh Congress Committee chiefs and general secretary in-charges of various states informing them that an AICC session would soon be called and the process of registration for the same should begin.

In the Congress hierarchy, only AICC members have voting rights in case of any elections.

In the letter, a copy of which is available with this newspaper, Mistry has asked all states to send the list of names along with photographs for registration.

Sources said that the revision of the AICC rolls has begun at state level.

The AICC session is being planned for early next year in the month of January or February.

Earlier, the party had decided to hold a plenary in April in Udaipur. However, due to the Covid-19 outbreak, it was put on hold.

Sources told this newspaper that efforts are on to bring in a consensus on the name of Gandhi before the meeting. However, the Wayanad MP has conveyed that he would like to wait for the Bihar Assembly results before taking any decision.

In case, Gandhi decides not to come back as the party president, there is likely to be a contest with many throwing in their hats, the sources said.

It might be recalled that a section of Congress leadership, including some top leaders like Ghulam Nabi Azad and Manish Tewari, had recently written a letter to Congress president Sonia Gandhi indicating that the party was rudderless and needed a proper leadership structure. The letter had created quite a furore with Gandhis accusing the seniors of disloyalty.

Gandhi had herself taken over last August after the party failed to evolve a consensus on a new name as the president.