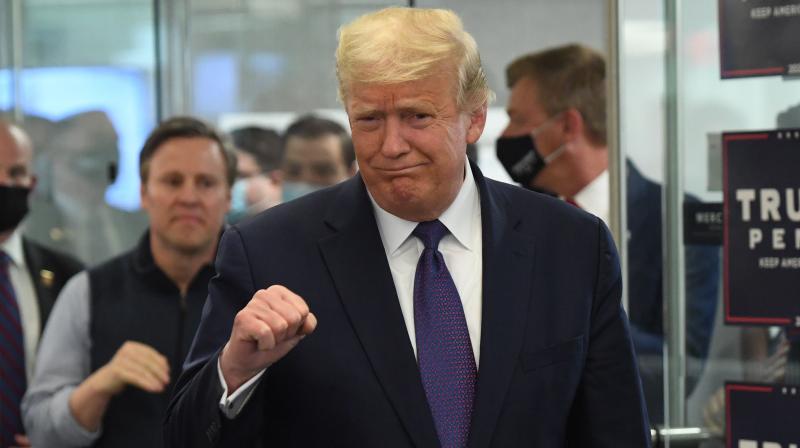 ARLINGTON: US President Donald Trump on Tuesday again sought to sow doubt over the counting of ballots beyond election day, saying the country was “entitled” to know who won on the day of the vote.

“You have to have a date, and the date happens to be November 3,” he said during a visit to Republican National Committee offices in Arlington, Virginia.

“And we should be entitled to know who won on November 3.” Trump was referring mainly to his disagreement with a US Supreme Court refusal to intervene in a decision allowing Pennsylvania to continue to count mailed ballots received up to three days after the election.

The move was made due to logistic complications as the country copes with the coronavirus pandemic, which has led to a flood of mailed ballots.

Pennsylvania is seen as an important swing state in the election, and both Trump and his Democratic challenger Joe Biden have repeatedly campaigned there in recent days.

“You can't have these things delayed for many days and maybe weeks,” Trump said as Americans voted nationwide and with more than 100 million people having cast early ballots.

“You know, winning is easy,” he said.