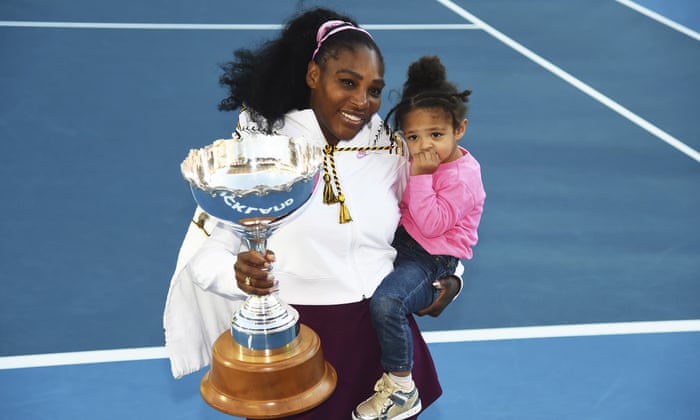 A few days after the end of Roland Garros, the world No 89, Taylor Townsend, had a message to share. In a video posted on Instagram, she recalled the obstacles she has faced in her short career and the resilience that has guided her through it all. She then revealed she will be taking maternity leave, ending with a simple conclusion: “I’m sure this won’t be any different so I will have to prove them wrong again.”

But perhaps she will not have to prove anyone wrong this time. The success – and increasing prominence – of mothers on the tour has been one of the most notable stories of the year. Nine mothers were present in the US Open draw, with Serena Williams, Victoria Azarenka and Tsvetana Pironkova all reaching the quarter-finals. They have demonstrated there is a clear career pathway for all those who wish to give birth and return. In recent months the former No 66 Mandy Minella, the former No 12 Yanina Wickmayer and Townsend have all announced their intention to do so.

When Azarenka and Williams rejoined the WTA in 2017 and 2018 respectively, there were few rules in place to aid their returns. But led by Azarenka while she was on the WTA player council, prominent players have used their power to enforce change. More nursery facilities have been made available at tournaments, a three-year maternity leave has been established on the WTA and Williams’ return forced tournaments to think about seeding players after maternity leave.

And yet the question remains: how should people talk about professional athletes who are also mothers? During the US Open, the topic of motherhood dominated the players’ matches, press conferences and the surrounding discussions. It peaked when Pironkova and Williams faced each other and the on-court announcer introduced them as if they were heading to parents’ evening rather than entering a grand slam quarter-final with $800,000 (£616,000) prize money on the line. “From Bulgaria, Alexander’s mum, Tsvetana Pironkova,” he roared. “From Palm Beach Gardens, a six-time champion and Olympia’s mum, Serena Williams!” 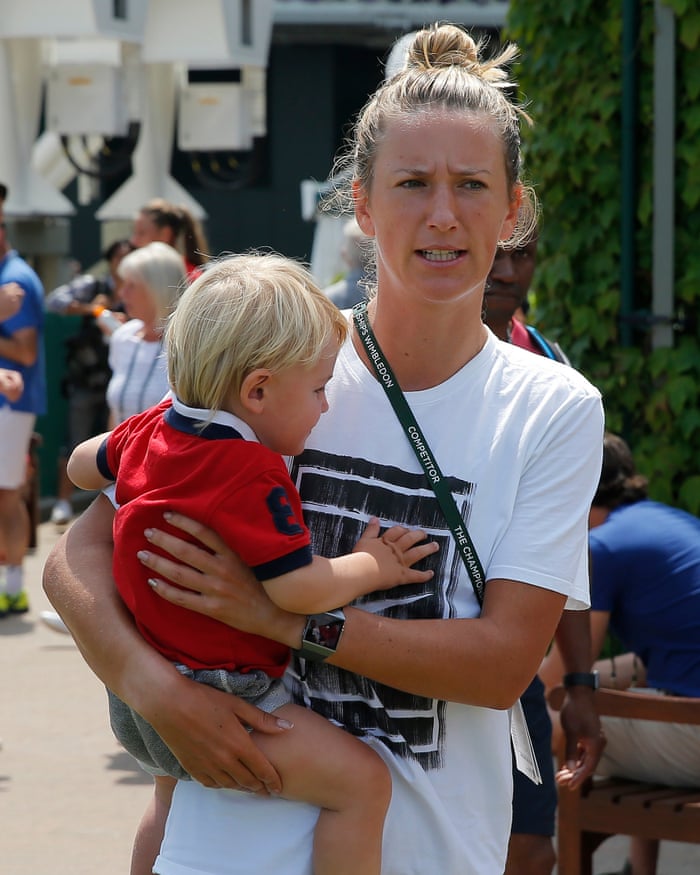 Less is said about the fact they remain ambitious, disciplined professional athletes with many aspirations that are not related to their offspring. When Kim Clijsters pulled off her historic 2009 comeback, winning the US Open in her third tournament back after her retirement in 2007, motherhood essentially became part of her brand. It did not quite align with her own state of mind in the heat of competition.

“A lot of people say, ‘Oh you’re a mother,’ but as a player you forget about that,” Clijsters said on the WTA Insider Podcast in 2017. “That’s a question being asked in the media after every match: ‘What are you going to do now? Is your daughter waiting? Is she still gonna be up?’ Things like that, all the time. But I never thought about it like that.”

Azarenka returned to the WTA more than three years ago, yet even as she revived her career at the US Open this summer, motherhood was still the main subject. During the fortnight, Azarenka began to politely, delicately push back in her interviews: “Being a parent is the most important thing in my life, but I’m a tennis player on the court, I’m a fighter on the court,” she said after her quarter-final. “I want to go after my dreams, my personal dreams.”

Last weekend Azarenka finished her season by reaching another final in Ostrava. Before she returned home, she elaborated on her thoughts about how people discuss motherhood. “I’m not your mother,” she said, smiling. “I think you can have an observation of me being a mother to Leo but you don’t necessarily have an experience of me as a mother. So I think that is kind of a point that I’m trying to bring. Me being a mum doesn’t win matches for me. I still have to be a tennis player to win matches.”

Azarenka said she is deeply proud of how stereotypes about women in sports have changed, but stressed the importance of allowing women to be seen as the multifaceted individuals they are: “I hope that’s not a full picture they’re seeing. Being a parent is already a huge part but being able to do things for yourself is super important and I think if we put less people in boxes, it gives them more freedom to explore more of their identities and more things that they can be.” 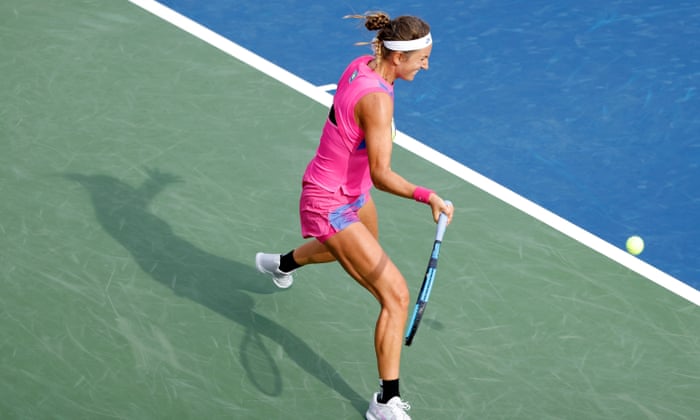 With Azarenka, that should not be difficult. Ten months ago she missed the Australian Open because of personal issues, including a custody battle over her son, and she was so far from her old form that she contemplated retirement.

Her recovery, which led to her winning the Western & Southern Open and reaching her first grand slam final since 2013 at the US Open, has been astonishing. For journalists, she has become one of the best players to cover on either tour. Her thoughtful, self-aware interviews demonstrate her maturation from the fiery youngster who kicked down doors eight years ago to the well-rounded 31-year-old armed with an abundance of perspective, albeit one who does not suffer fools easily.

“I am Victoria. I am a mum. I am also many things that I want to be not necessarily recognised for, but that’s who I am,” she said. “I want people to see all those other things. And I hope that part is maybe to some people as inspiring as a mum playing a tennis match.”