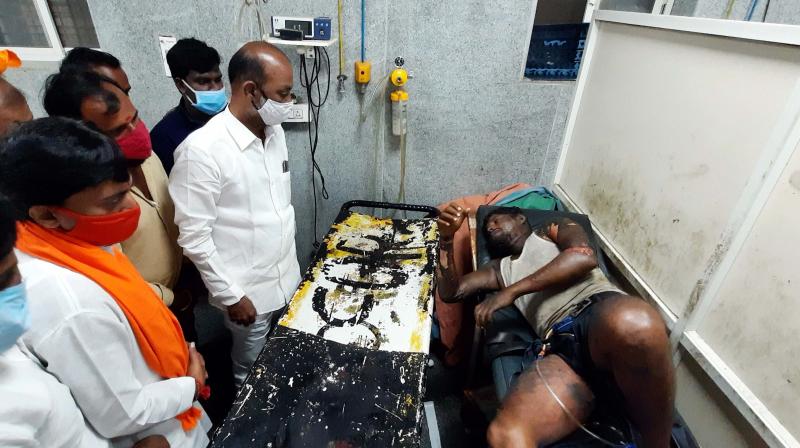 HYDERABAD: A BJP activist who identified himself as Srinivas attempted self-immolation at the party state headquarters here on Sunday. Security personnel promptly put off the fire and rushed him to hospital.

He suffered 58 per cent burns and is in a critical condition.

Srinivas, from Tammalani Gudem village in Yacharam Mandal, is stated to be active in the party’s local wing.

Police said he brought the diesel from a petrol bunk near MJ Market and came to the BJP office between 12.20 and 12.30 pm. Shouting slogans like ‘BJP Zindabad’ and ‘Sanjayanna Zindabad’, he set fire to himself using the diesel.

Sanjay appealed to the party cadre not to commit suicide. He said that the party is taking care of Srinivas, who has since been shifted to a corporate hospital in Secunderabad, where doctors said his condition was critical. They would release a detailed bulletin after a 24-hour observation.