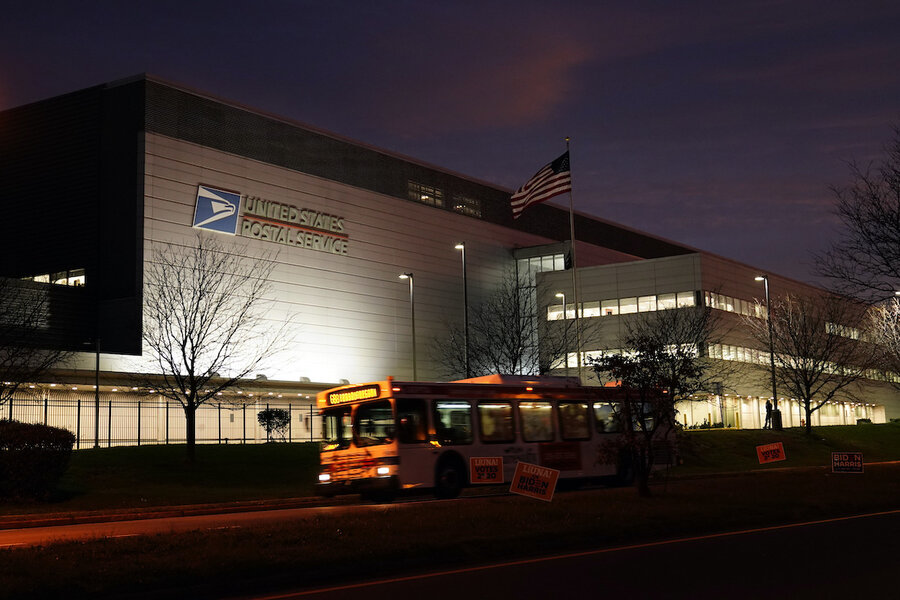 The U.S. Postal Service told a judge it could not complete his order to sweep mail processing facilities on Tuesday afternoon for delayed election ballots and immediately dispatch any for delivery in about a dozen states, including closely fought battlegrounds Pennsylvania and Florida.

USPS data showed as of Sunday about 300,000 ballots that were received for mail processing did not have scans confirming their delivery to election authorities. While ballots may be delivered without scans, voting rights groups fear mail delays could cause at least some of those votes to be disqualified.

U.S. District Judge Emmet Sullivan on Tuesday had ordered the sweep in response to lawsuits by groups including Vote Forward, the NAACP, and Latino community advocates.

Judge Sullivan ordered postal officials to complete the inspections by 3 p.m. ET and certify by 4:30 p.m. ET that no ballots were left behind.

Lawyers for the USPS told Judge Sullivan in a court filing that the agency was not able to complete the sweeps by 4:30 p.m. but was “working as expeditiously as possible to comply with this court’s orders while recognizing physical and operational limitations and the need to avoid disrupting key activities on Election Day.”

Judge Sullivan rejected a request by the NAACP for an immediate hearing on Tuesday after the USPS disclosure, noting earlier sweeps had been conducted by 10 a.m. at all processing plants.

He said inspectors would be in the facilities throughout the evening to conduct the “daily review process … to ensure compliance at the critical period before the polls close” and identify election mail “as expeditiously as possible. Given the timing, the court is inclined to let this process continue.”

Judge Sullivan said USPS must be prepared to discuss the apparent noncompliance at a hearing on Wednesday.

The Justice Department said postal inspectors were still reviewing 220 facilities handling election mail, including logs for accuracy, scanning for delayed mail, and ensuring election mail was processed expeditiously and no ballots were being held for postage due.

Many states will only count mailed ballots that are received by the end of Tuesday in their election results.

In August, the USPS suspended cost cutting such as removing post boxes and mail processing machines implemented by Postmaster General Louis DeJoy, an ally of President Donald Trump. State attorneys general and civil rights groups said the changes would slow election mail delivery and make it difficult for voters to participate during the coronavirus pandemic.

The postal service has said it had delivered 122 million blank and completed ballots before Tuesday.