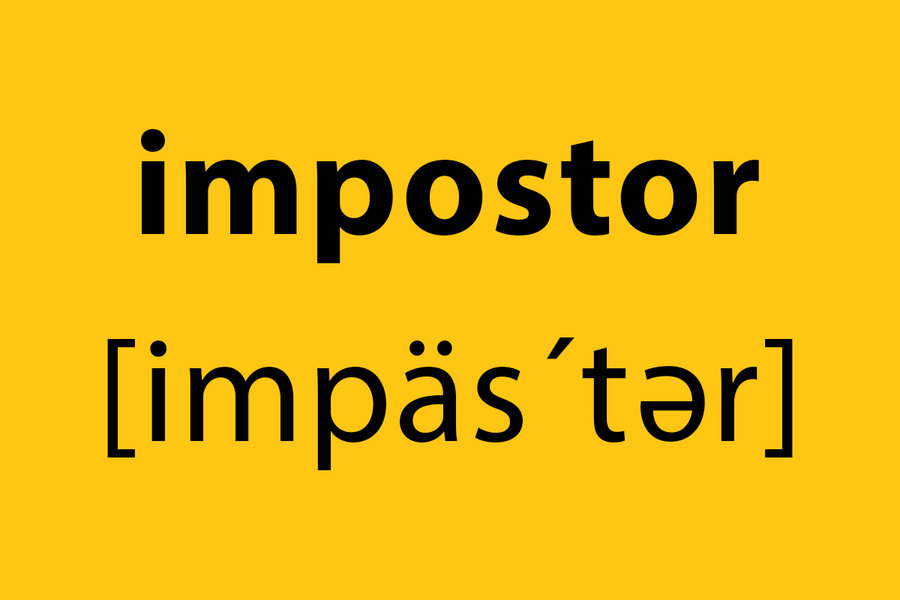 In my first week of graduate school, the new students played a game in which we had to name the most famous books we had never read. “I’ve never made it all the way through ‘Clarissa,’” one of my peers admitted. “Barchester Towers,” another volunteered. “Confessio Amantis.” I was listening with an increasing sense of embarrassment. I hadn’t read “Moby-Dick” or “Jane Eyre” and I’d never even heard of the “Confessio” whatever. What was I doing in graduate school? What kind of mistake had they made admitting me, who so clearly didn’t belong there?

It was a vivid experience of impostor syndrome, a term that was added to Merriam-Webster’s dictionary this year: “persistent doubt concerning one’s abilities or accomplishments accompanied by the fear of being exposed as a fraud despite evidence of one’s ongoing success.” It has become a buzzword over the past decade, with more than 50 books and thousands of articles published about it.

Skimming through these articles, two things are clear. First, many people don’t know how to spell impostor. The word retains its Latin ending, like curator or spectator. Though -or is the preferred form, Fowler’s Modern English Usage notes that it is now written with -er nearly 50% of the time, so insisting on the -or spelling is a losing battle.

And second, many people periodically feel like frauds. When psychologists Pauline Clance and Suzanne Imes coined the term (as the “impostor phenomenon”) in 1978, they thought it was “particularly prevalent … among high achieving women.” They interviewed female graduate students, lawyers, and professors who “persist in believing that they are really not bright and have fooled anyone who thinks otherwise.”

Impostor syndrome is not just experienced by professional women. Anyone who does not conform to society’s stereotype of what a “leader” or a “success” looks like is at extra risk of feeling like an impostor. People of color “are particularly vulnerable to this debilitating sensation,” journalist Jolie A. Doggett reports, as are people who identify as LGBTQ, and those who come from working-class backgrounds. With so many different “at risk” groups, it is perhaps not surprising that 70%-80% of Americans admit to having felt impostor syndrome at one time or another.

If a majority of us feel like frauds at least some of the time, though, is it really a “syndrome”? Or is it a normal, if uncomfortable, part of being human? Whether the term identifies a real “phenomenon” or pathologizes an emotion many people feel from time to time, impostor syndrome certainly deserves a place in the dictionary.

I would find a quote from “Jane Eyre” to end on, but I still haven’t read it.