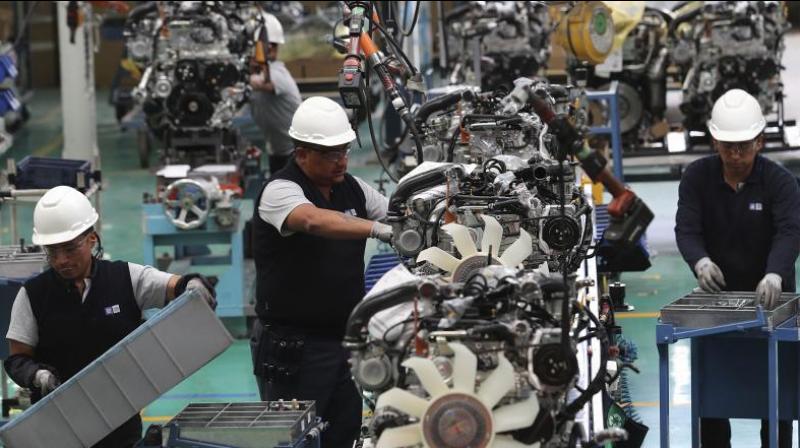 Chennai: Despite the economic recovery seen in October, the month has recorded a fall in employment for the first time since May, finds CMIE. Around 5.5 lakh jobs have been lost in October.

October is the first month since the recovery began in May that has recorded a fall in employment. CMIE also finds that the process of recovery of jobs, while robust during May, June and July before slowing down in August and September, has now fallen into the negative zone in October.

Of the 121 million jobs lost in April, 110 million jobs came back during May, June and July. Then, August and September saw the addition of only 5 million jobs. Now, October is the first fall in job numbers since the recovery began, according to CMIE.

This fall in employment has come when demand for employment is rising. The number of unemployed who are willing to work has increased by 12 million in October.

The ecent IHS Markit services PMI survey too had observed a decline in employment in October, despite the optimism towards the year-ahead outlook strengthening. Amid reports of workers on leave failing to return and difficulties in hiring staff due to the pandemic, services employment decreased again in October, the survey had said.

According to CMIE, the employment rate fell from 38 per cent in September to 37.8 per cent in October. This is an outcome of a combination of a stagnant labour participation rate and an increase in the unemployment rate. The labour participation rate as of October 2020 continues to remain significantly lower than the levels seen till February 2020. The employment rate had shed a massive 12.2 percentage points in April. Much of this, 10.4 percentage points, was recovered during May, June and July. But, after that, the recovery has been negligible.

The job losses have happened among small traders and wage labourers and that too in the rural areas. Employment among these categories dipped almost 10.6 million from 130 million to 120 million in a month’s time. However, the salaried class added close to 5 million jobs and businesses and farmers another five million, which led to a net job loss of 5.5 lakh, said Kruti Shah, economist, Emkay Global Financial Services.

“The job losses could have happened probably due to the migration of hawkers and wage labourers back to the cities. Due to this migration, rural jobs show a clear dip, but urban centres have not added jobs as companies are still working on limited manpower,” she said.

A perfect environment for fraud