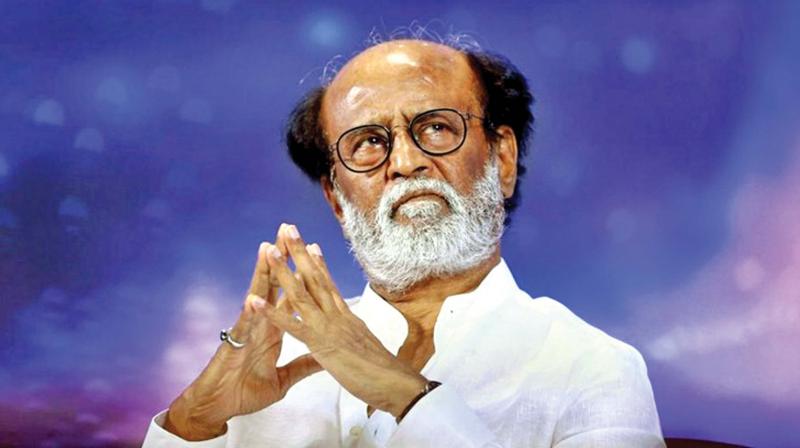 Though Rajini-Gururmurthy’s meet was described as a ‘courtesy’ call to enquire about the former’s health, the media was agog with speculations about the ‘timing’ of the meet.

Gurumurthy, RSS ideologue, had earlier said Rajinikanth has a bright future in politics and he aligning with BJP would be good for the state.
It may be recalled that Rajinikanth, a few days ago, said he had been advised against entering politics by doctors during this pandemic as he had undergone a kidney transplant.

However, the actor said he would consult the office-bearers of  Rajini Makkal Mandram and announce at an appropriate time whether he would enter politics or not. He also said on his Twitter handle that the statement hinting that he may reconsider his political entry due to his health condition doing rounds on social media was not from him. However, the content related to his health condition and doctors’ advice are true, he said.

With Assembly elections nearing in 2021, expectations that he may announce his party have heightened among his fans and people.