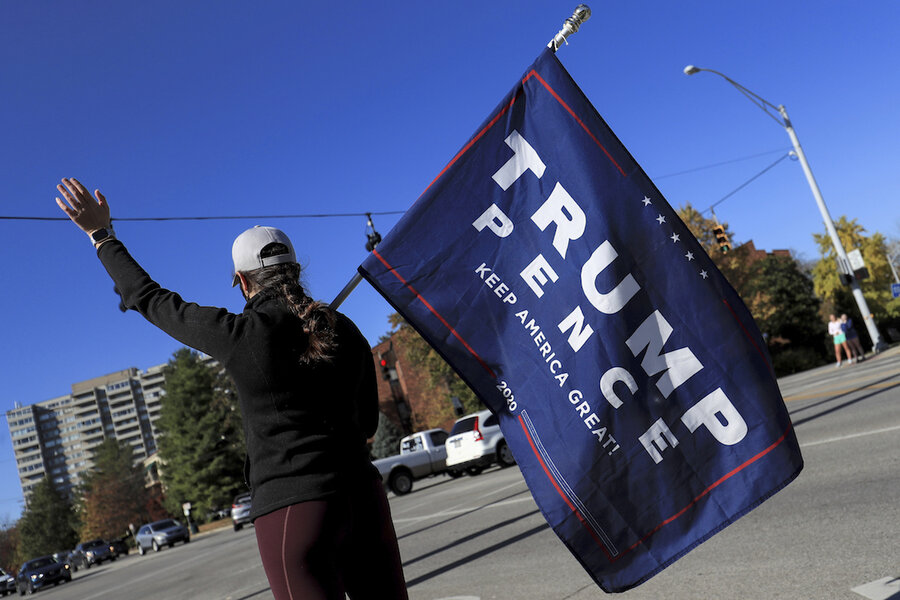 No Republican has reached the White House without carrying Ohio. The last Democrat to do so was John F. Kennedy in 1960, when Richard Nixon won the state. Mr. Trump reaps Ohio’s 18 electoral votes for a second time, beating Democrat former Vice President Joe Biden after his 2016 victory over Hillary Clinton, the former United States secretary of state.

Meanwhile, the state’s congressional seats remained unchanged, with all 16 incumbents winning. The Republicans have held a 12-4 majority in the state’s U.S. House delegation since the GOP-drawn map took effect in 2012.

GOP legislators will keep “supermajorities” in the Statehouse, even after a federal bribery scandal involving their former House speaker.
But a Democrat won one of two Supreme Court positions being contested, narrowing the GOP edge to 4-3.

Ohio has been trending Republican in recent statewide elections. Mr. Biden, from neighboring Pennsylvania, mounted a late but strong challenge. He stepped up media spending as early voting began in October.

The AP VoteCast survey found that 3 in 5 Ohio voters said the U.S. is on the wrong track, while 2 in 5 said the nation is headed in the right direction. The survey included 3,767 voters and 700 nonvoters in Ohio, and was conducted for The Associated Press by NORC at the University of Chicago.

About half of Ohio voters think the coronavirus is not at all under control in this country. The state is among those experiencing new increases in cases and deaths.

Secretary of State Frank LaRose touted Ohio’s response to a variety of glitches and other incidents on Election Day as the state set voter turnout records.

The day began with an issue when election officials in Franklin County, the state’s most populous, made the decision to shift to paper pollbooks system-wide to check-in voters when officials were unable to fully upload voter data into the electronic versions. The decision led to an increase in wait times for voters but did not appear to impact the actual vote count, according to Mr. LaRose’s office.

Republican Rep. Steve Chabot clinched his 13th term in Congress, defeating first-time Democratic candidate Kate Schroder, a public health professional. She had been seen by Democrats as their best shot for finally flipping a House seat in the last election before Census-triggered redistricting. However, Mr. Chabot’s strength in GOP-dominated Warren County, which became part of his district in the 2012 map, helped carry him through.

The nation’s longest-serving woman in Congress led the way as all four of Ohio’s Democratic House incumbents won reelection. Rep. Marcy Kaptur won her 19th term from northern Ohio, Rep. Marcia Fudge her sixth from the Cleveland area, Rep. Tim Ryan his fifth from the Youngstown area, and Rep. Joyce Beatty her fourth from the Columbus area.

Judge Brunner is a state appeals court judge and a former Ohio secretary of state. She made an unsuccessful run for U.S. Senate in 2010. Justice French, a former assistant Ohio attorney general, was running for her second full six-year term on the court. She won election in 2014 after being appointed to the court a year earlier.

Republicans retained their supermajorities in both chambers of Ohio’s Legislature despite a federal bribery scandal involving the former speaker, Larry Householder.

The outcome gives the GOP enough votes to override a governor’s vetoes and to more easily place constitutional amendments before voters.

Mr. Householder’s reelection bid was unclear early Wednesday, because votes cast for four write-in candidates running against him had not yet been counted.