North Korea is a closed and mysterious country where life is carefully hidden from prying eyes. There are strict rules controlling everything from traffic to the ladies ‘ hairstyles and clothing. But women, with their unbridled desire to look beautiful, want to be attractive and in Pyongyang.

You have a unique opportunity to look, what to wear, the North Korean beauty, seeing the new issue of fashion magazine, which managed to get one American student. 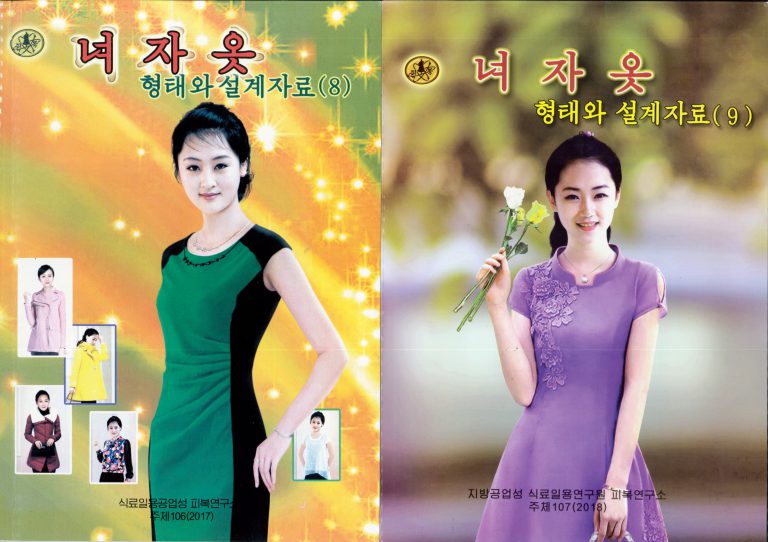 Alec Sigli (Alek Sigley) — a graduate of Pyongyang University of Kim Il sung. He traveled to North Korea and gathered interesting details from the life of the citizens of this mysterious country. 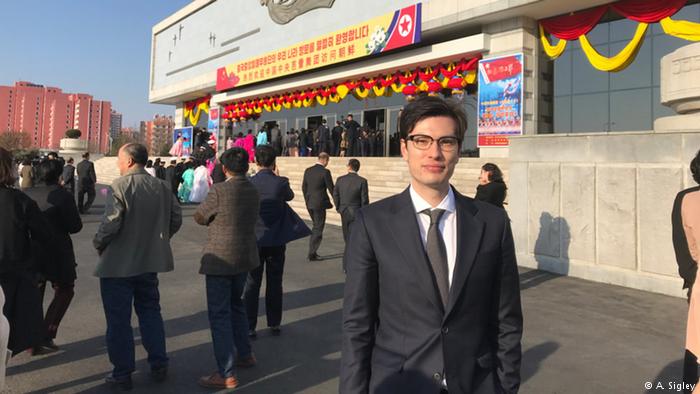 Recently the guy got into the hands of the North Korean fashion magazine, which is very difficult to get a foreigner, as it is not sold in Central bookshops. Such logs can be extracted only in small roadside kiosks, which usually looks inquisitive eyes of the stranger. 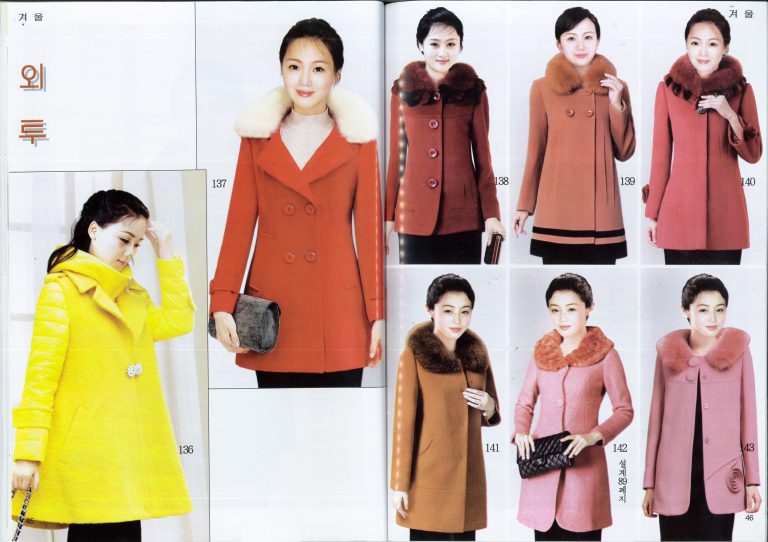 The government proudly announces the development of the economy and the ability of citizens to go restaurants, buy modern electronics, purebred Pets and quality clothing.

Indeed, fashion is slowly beginning to emerge on the streets of Pyongyang. Women began to dress more bright and stylish. Men are also trying to change something in his appearance.

The cover States that the magazine issued by the Center for the study of clothing in collaboration with the Ministry of industry and trade. 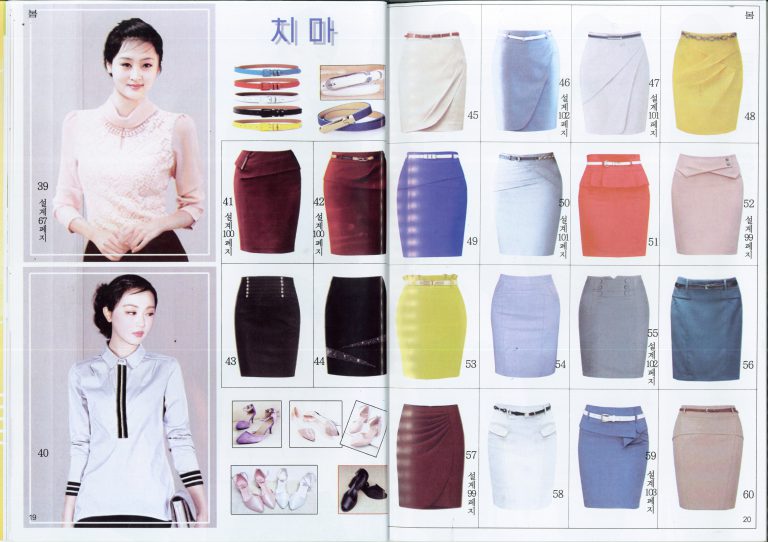 Center for the study of clothing involved in design and shape of pupils, which has clear standards in all areas of the country, from elementary school to University. In addition to designing clothes, this center collaborates with textile factories and ateliers, controlling the production technology. 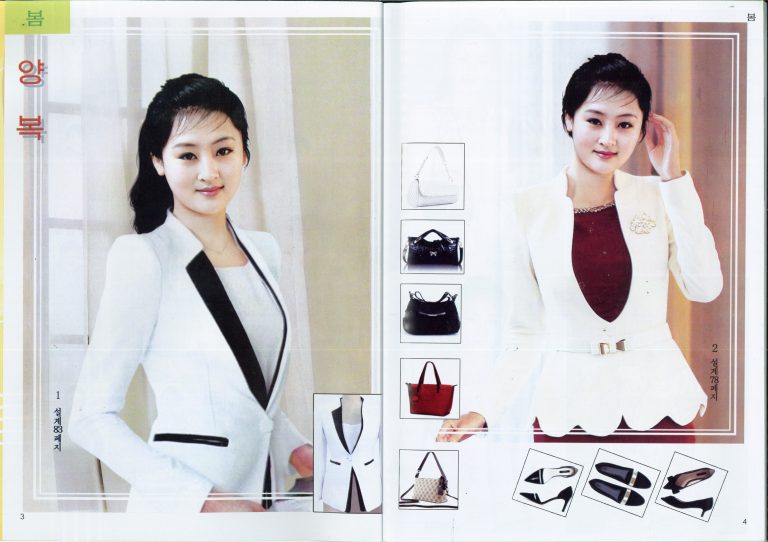 The center has its own experimental factory “Kometa”. The Center’s employees even created the design program, in which work preparation courses for models, they are taught to demonstrate the novelties from the world of fashion on the catwalks of North Korea. 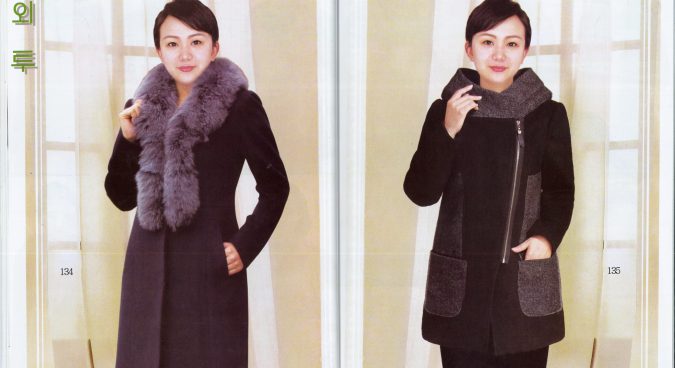 The organization of this kind is the only one in the country. Its mission is “to make women beautiful” and “be responsible for the cultural development of the country through the creation and dissemination of models of clothes that are keeping pace with the times and tastes of its citizens.” This motto is posted on the magazine’s cover with the symbol of the atom. 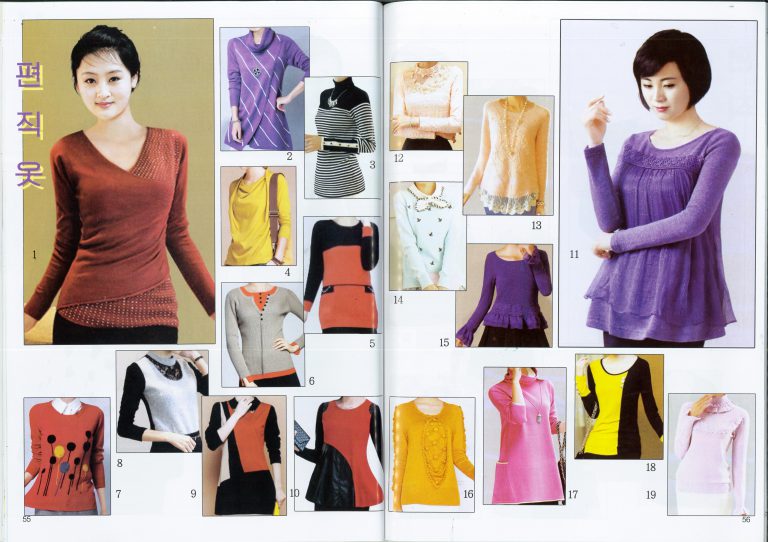 The atom used in North Korea everywhere as the symbol of science. Everything in this country is viewed through the prism of Marxist ideology, and even fashion is subject to rational understanding and discussion. In a trendy magazine includes styles of clothing is approved at the state level. What dress people is carefully controlled, the so-called “fashion police”. 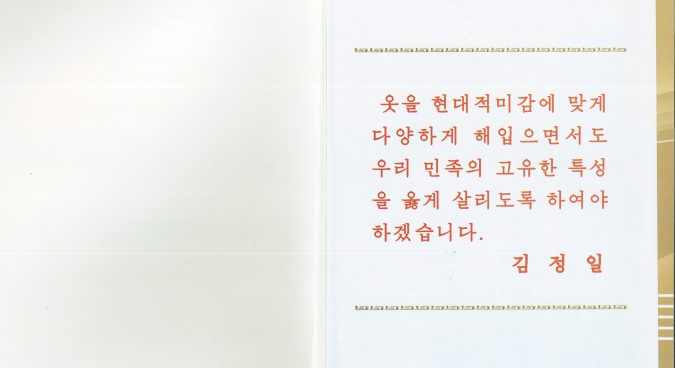 On the first page of the journal posted a quote of Kim Jong Il:

“The clothing should be varied to meet modern requirements, but, at the same time, to reflect the characteristics of the Korean citizens.” 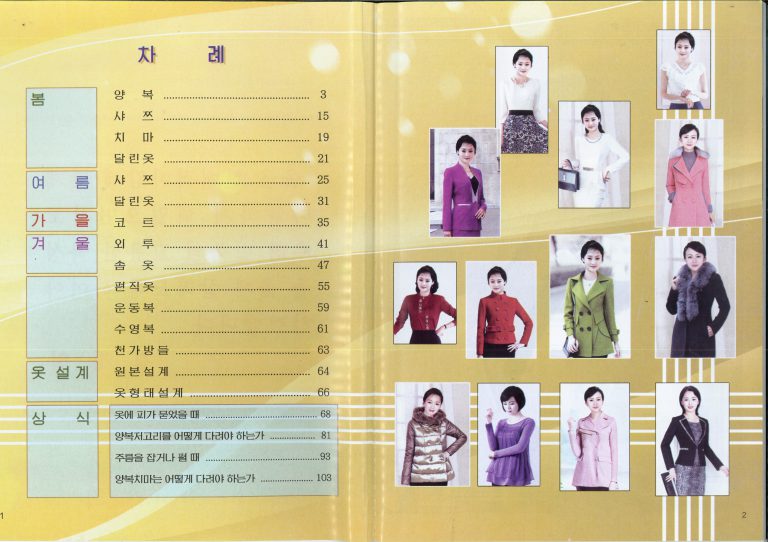 The content stated that in the journal there are samples of fashionable clothes for four seasons. Women may find the tips for every day, for example, as the stain from the blood or how to iron a skirt. 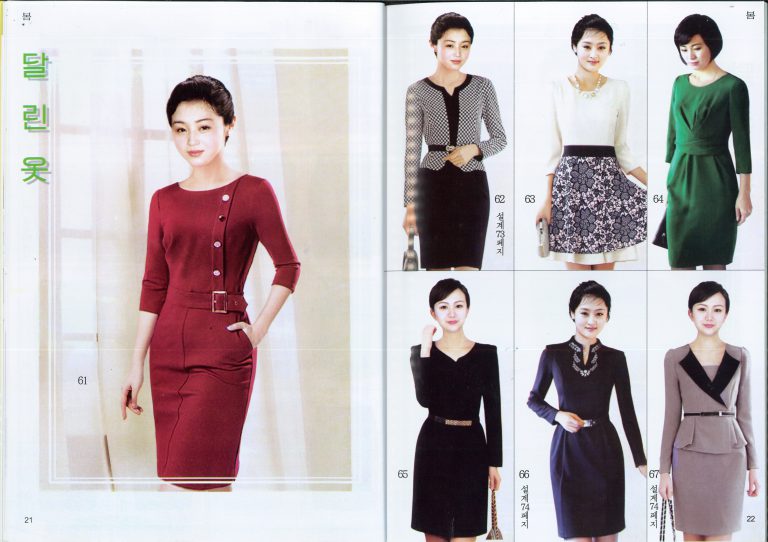 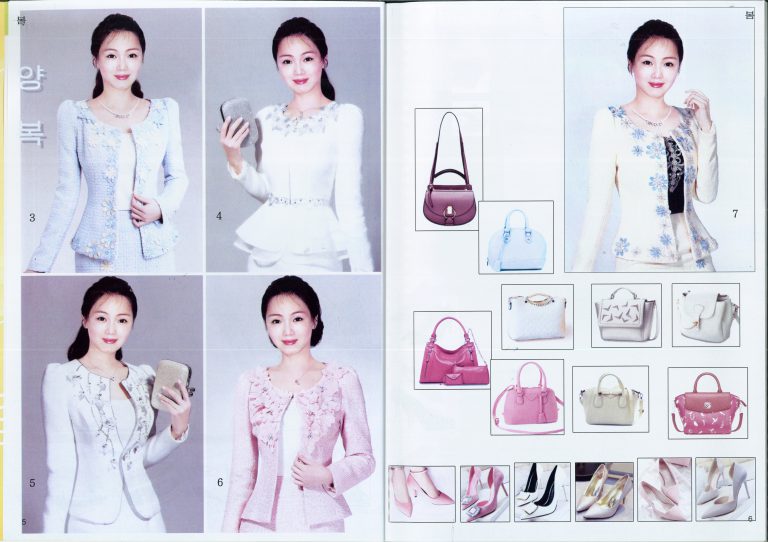 Here you can see a selection of handbags. Their shape is inspired by the well-known brands Louis Vuitton and Gucci. 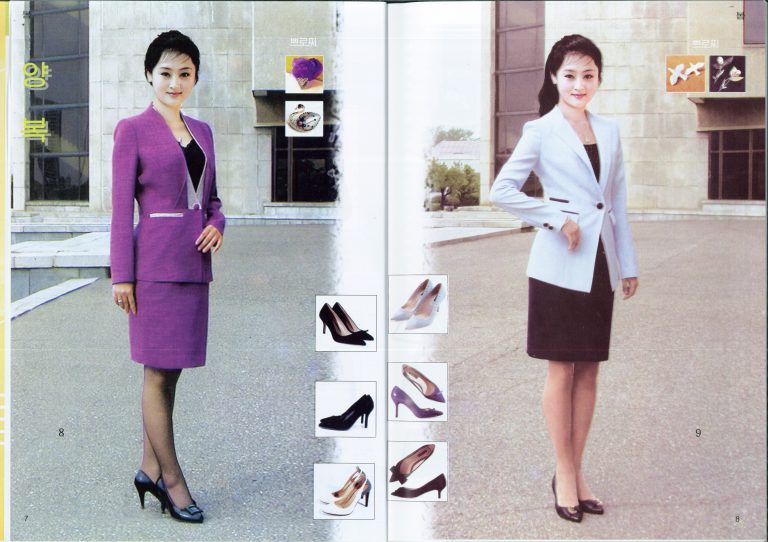 Where no shoes with heels? By the way, here high heel in fashion, and everyone from office workers to security guards wear them. The motives of sandals with embellishments on the handbags. All garments and accessories in the pictures are numbered and signed. 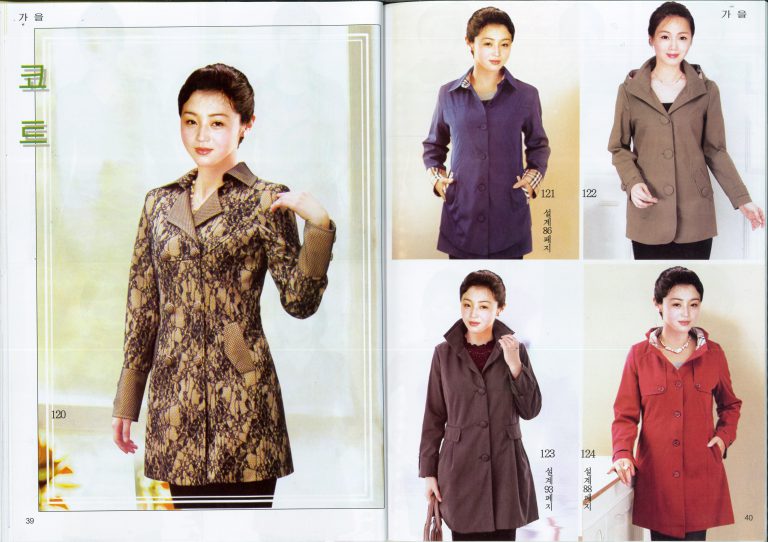 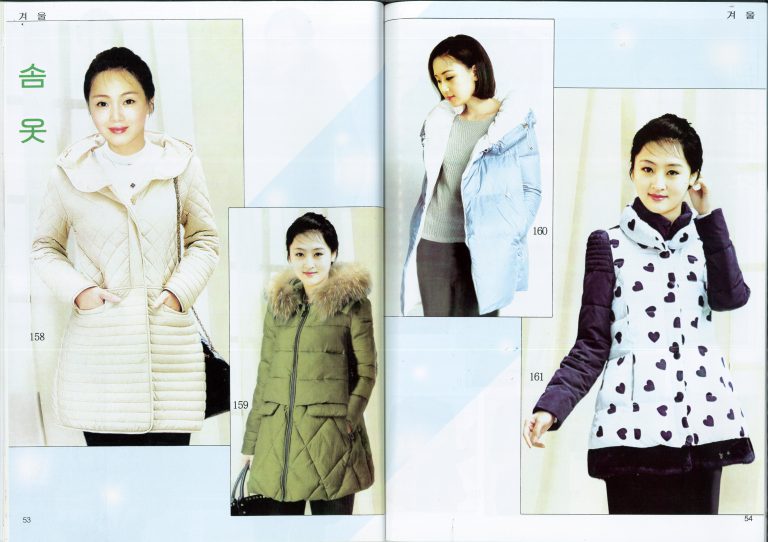 Look at the faces of models: some of them seem otvorochennymi much. Some girls look quite natural, and others — as if their faces were cut from another photo and pasted. Perhaps in this way, the designers tried to create “the right Korean person”, carefully editing the image. A fashions show the same mannequin. 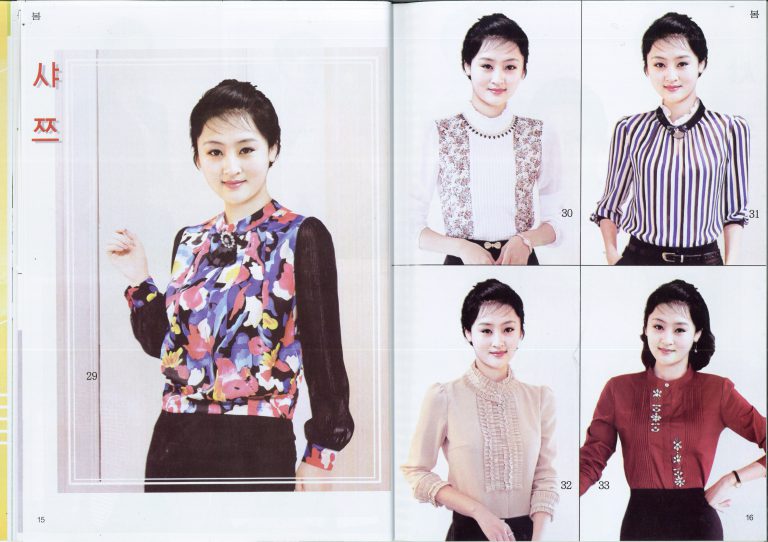 This page presents women’s shirts in bright colors, casual style. But here you will find t-shirts and sweaters with hoods, with zipper-“lightning”: these items are only used on sports clothing or winter jackets. So things remain casual rather formal. In Korea, in both South and North, many like the shirt, but pegnancy prefer a tighter fit and discreet shades. Bright colors have only recently begun to come into Vogue. 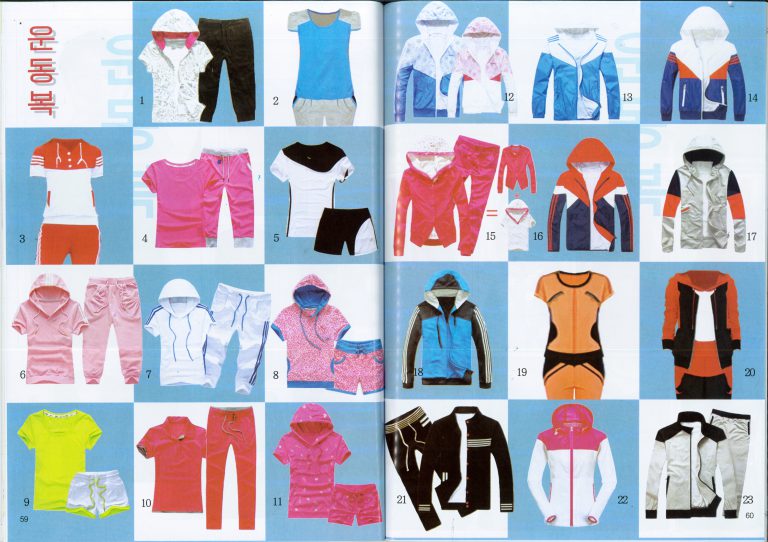 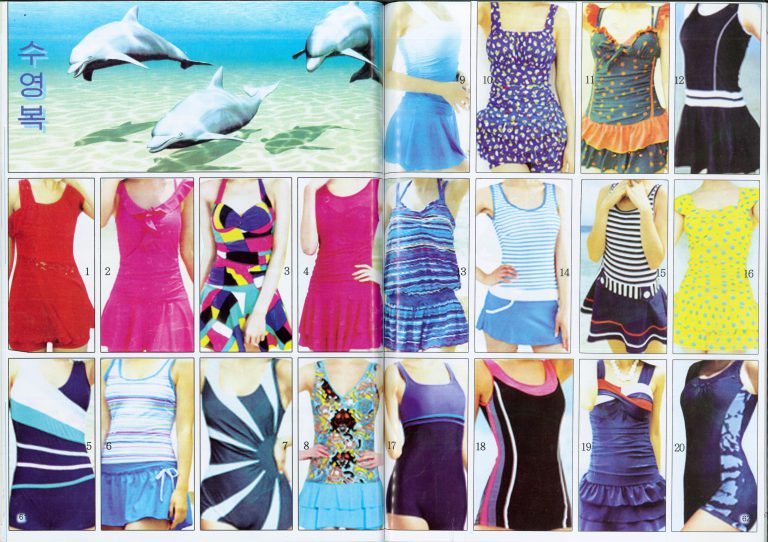 Swimsuits that keep chaste image of his mistress. 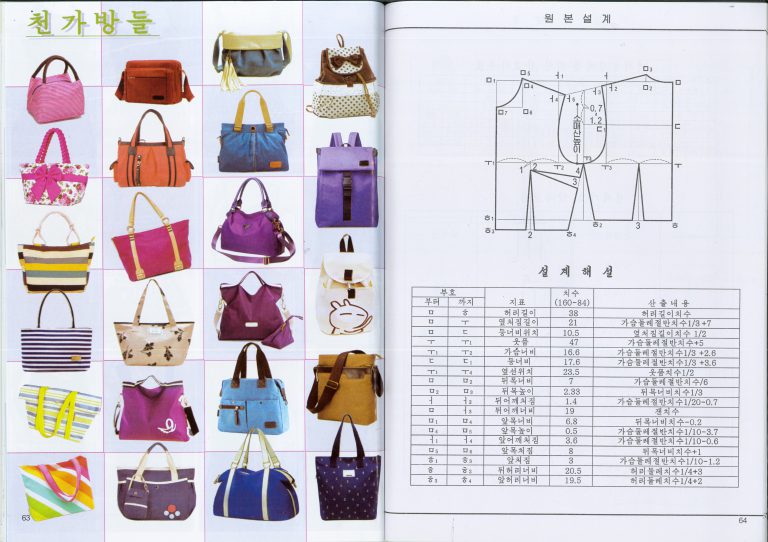 Fabric bags have precisely defined dimensions, which can be found on the next page. 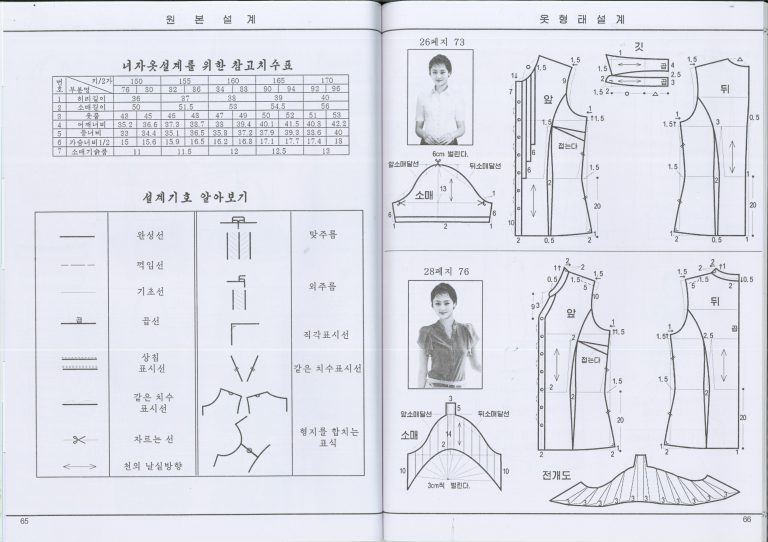 In the magazine there is a dimensional grid, which was used when sewing the models clothes. The measurement is done in centimeters, and every woman can determine her size. 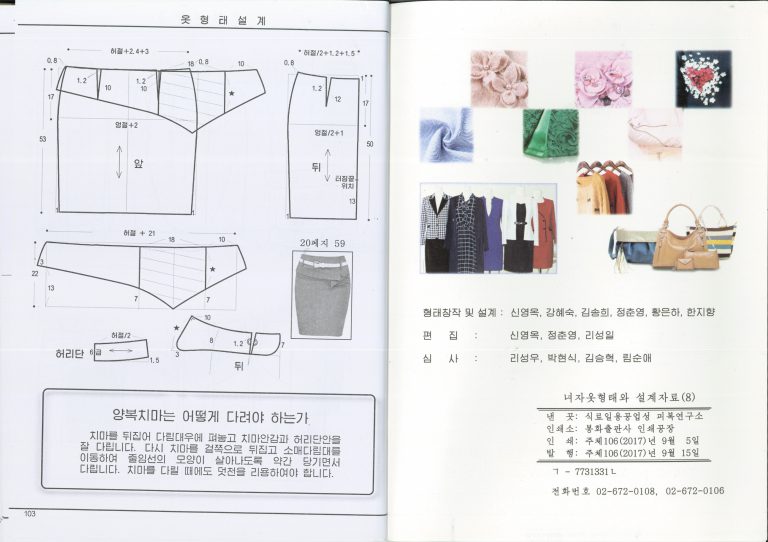 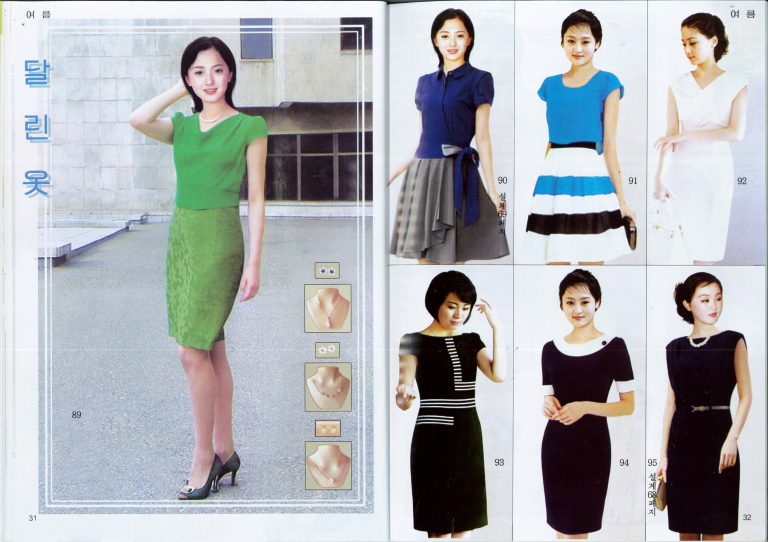 North Koreans mostly buy ready-made clothes in the markets or in shops, but also services tailors continue to be popular. Atelier can be found in almost every street of Pyongyang, services tailors are cheap here. The customer can choose any model and master will make the right thing that fits you perfectly. In addition, you can choose any fabric. 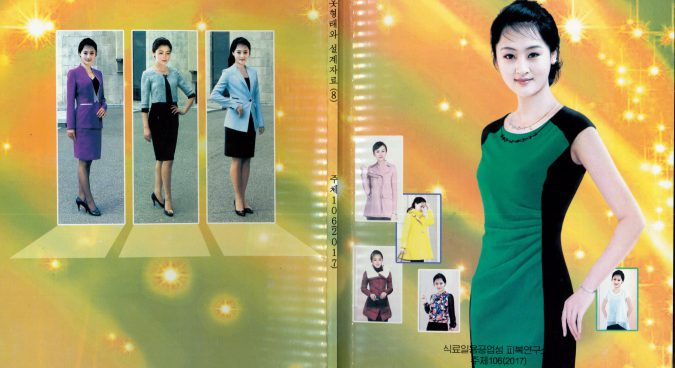 Fashion magazine, by the way, is produced on quality paper and has a striking print. There is no hint of communism or militarism, the features of which are visible in North Korea in the men’s and women’s clothing. On models there is no icon with a picture of the leader. But jeans and too open clothes and everything that looks “foreign” is still banned. 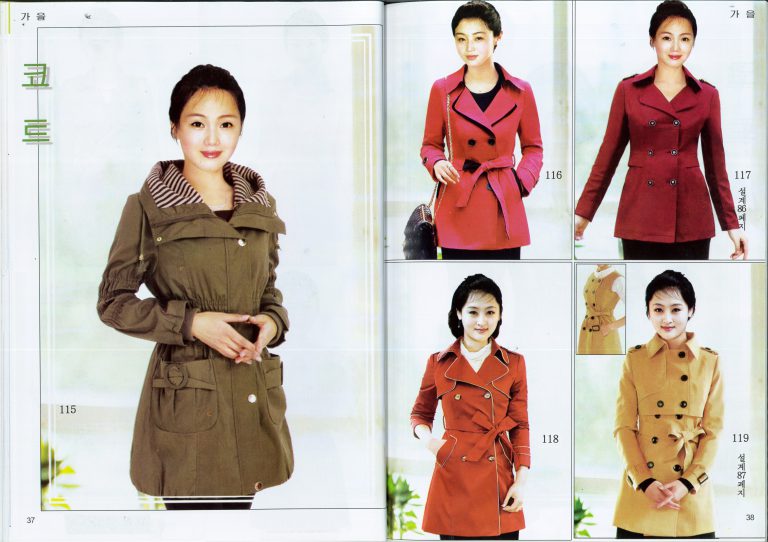 Women’s nature cannot be placed in any frame, even if they establishes the most strict leader of the country. Therefore, the government of North Korea can only give their citizens a bit of freedom, vigilantly monitoring their moral character.

You all this is reminiscent of the fashion magazines of the late Soviet period?