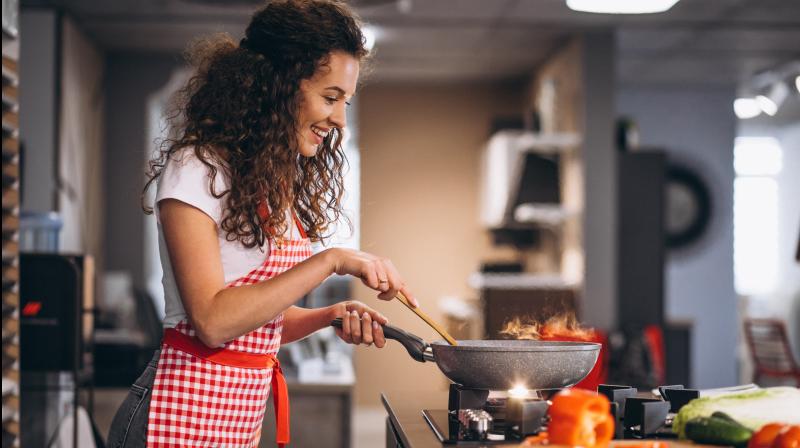 Cooking has caught on as a manageable and sustainable home-based business proposition during the COVID-19 lockdown. With many people losing jobs and being confined to their homes, catering assumed a greater attractiveness as a source of income. Home-based cooks have been churning out bakes, biryanis and everything in between. But how many of them know that there are strict rules governing the food business, and that flouting the guidelines could attract fines of up to Rs 5 lakh?

We talked to some home-based catering entrepreneurs about their awareness and opinions about the norms set by the Food Safety and Standards Authority of India (FSSAI).

As per FSSAI rules, all food-based businesses must register with the organisation, and any unit that crosses Rs12 lakhs in sales will have to get a license. Though these rules have been in force since 2011, many were not aware of the provisions until the COVID-19 crisis.

Vinusha M.K, who is all of 10 years old, already runs a successful baking business named ‘Four Seasons Pastry’. “I was aware of the registration requirements,” says the pint-sized entrepreneur. “When I thought of starting a food business. I applied for FSSAI certification in March and got it in June. I think it is very important to have this registration.” Explaining the process, she says “It's an easy procedure. The Government officials go through the company profile and inspect our facilities.” She feels it would be great if the government can spread awareness about the rules and give some time for the regulations to be complied with. “We need some guidance and support from the Government,” the young girl points out.

My entire family has been in the food business since 1954,” shares Ankit Sondhi. “The catering business hit pause during the lockdown, and we were waiting for a business revival. That was when my mother and I founded Manger by Ankit, an artisan Home Kitchen.”

Commending the authorities for their proactiveness in preparing safety protocols during the pandemic, Ankit stresses the importance of individual businesses adhering to norms. Social distancing, regular temperature checks and compulsory COVID-19 checks have become the norm, he says. “I must say that this step to make licenses compulsory for home kitchens is timely,” he states, adding, “We all need to comply.” Ankit not only has an FSSAI license but his training has given him a good understanding of the possible hazards through the food business.

“Having been in this industry I have gained enough knowledge with regard to back-end activity. frequent sanitisation, use of gloves, caps and N95 Masks are an absolute necessity,” he stresses. Ankit says in his outlet, “Every small thing, right from vendor selection through procurement to storage has been taken into consideration.”

Shankar Krishnamurthy, founder, Fusion 9, underlines the fact that safety and hygiene are basic to food preparation, whether it’s to feed your family or as a business. “So it is very important that there are standards when you start making food commercially,” he notes. “It is very important for the consumer to be satisfied that approved practices from the food safety aspect are followed,” he feels. “Having said that,” he adds, “I fully support home chefs, as their special touch can seldom be expected from a big establishment.”

It is very important to register with the FSSAI, especially during a tough situation like this, that demands strict safety measures,” says Tasneem Ayub, a prominent baker and biryani maker. “If food businesses are registered or licensed, the government can oversee them and ensure that standards are met.” However, though she understands the importance of norms, Tasneem says “Still, I think the fine of `5 lakh is a bit high.”

The ones that get away

Homemaker Shabnam Hashim welcomes the FSSAI’s efforts to improve food quality. “Yet, the big eateries flout rules,” she rues. “While granting licenses, the Government is very strict, but after that, nothing matters much to anyone,” she says. Many eateries that are caught flouting rules get away with paying a meagre fine, and are not even named, much less shut down, she alleges. “So, are the rules to be followed only by the small units or home caterers?” asks Shabnam. “It’s a good attempt but we would like to see a consistent result and a good outcome. I wish money does not play its usual role,” she concludes.

So many people have started catering from home, says chef Smita Duggar. “Anyone having an oven has become a baker, supplying cakes, breads and whatnot from their kitchens.”

Pointing out that even a homemaker without any expertise in commercial catering is supplying breakfast, dinner, snacks, Indian, Chinese and Continental fare, dips, sweets, and so on, Smita says people who don’t trust commercial establishments in the current pandemic situation would rather buy from a known source, making it a great way to earn and support the family. “Won’t you trust your next-door aunt, who makes these yummy vada pavs, rather than the corner bandi, which is also more expensive?,” asks Smita.

There are no overhead costs, no infrastructure costs, perhaps not even the cost of hiring a helper, therefore the pricing is lower, making it even more attractive for the consumer. “The downside is, establishments which pose as home kitchens get registered on the delivery apps and start food supply without any norms and ethics. There is no quality control and the hygiene factor is ignored. This is not fair to those trying to make a livelihood through commercial kitchens and restaurants, employing people who depend on them, says the Masterchef.

“But everyone should have a chance,” she stresses, and suggests that “maybe we can have two kinds of licenses — one for home cooks and the other for commercial establishments.” The FSSAI should ensure that all rules and regulations are followed, including food safety norms, proper sourcing of materials and hygiene requirements, and that workers are paid honest wages, Smita says, but adds that India being a very big market with different needs and different cuisines, it may be difficult and even unfair to put everyone under one umbrella. She feels, “The states should have licensing rights in accordance with much stricter and better guidelines and rules set by the Centre.”

The travails of schooling online amid a pandemic

Don’t be a copycat bride