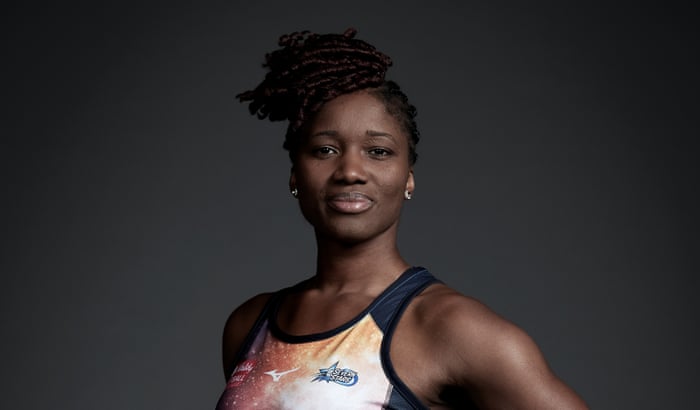 For one week in Hamilton, New Zealand, last month the packed crowds roared, teammates hugged and onlookers stood shoulder to shoulder without a care in the world, no masks in sight. From more than 11,000 miles away, the coronavirus-free scenes in England’s netball series against New Zealand seemed to be broadcast from another planet altogether. Inside it, a familiar face stood on the periphery of the action. Instead of competing, the former England captain Ama Agbeze was present as a commentator, offering rich analysis from the sidelines. It was not exactly where she had planned to be.

Agbeze’s past eight months underline the struggles that some athletes are facing now, even if not all are prepared to speak openly. Nine months ago in late February, she was in the midst of a comeback. After the highs of captaining England to gold at the 2018 Commonwealth Games, the 37-year-old spent much of 2019 dealing with the devastating blow of missing out on World Cup selection.

She slowly worked her way back this year after not competing since May 2019, joining Severn Stars and then playing her first competitive match at the end of February as the Netball Superleague season began. Four matches later, the country locked down. The 2020 netball season was eventually cancelled.

For the past 18 months, since her omission from the England squad, Agbeze has been admirably candid about her struggles with mental health, displaying a level of honesty that is an invaluable example for all. Speaking from New Zealand, she says she struggled deeply through lockdown and the consequential guilt only worsened her psyche. 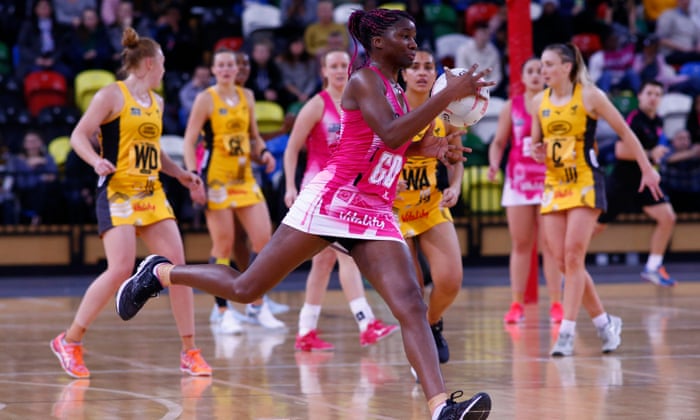 “For the first week I was OK and then I sort of mentally went downhill,” she says. “I felt really guilty because no one in my immediate family has passed away and I’m not working on the front line. So I felt really guilty that I felt how I felt and other people were in worse situations than I was. I think it has taken me time to come to terms with the fact that that’s how I felt, that’s how my mind is making me feel and I’m allowed to feel that way. I shouldn’t feel guilty for that.”

Agbeze took positive steps forward after she began to open up to the people around her, and she was comforted by the realisation that many people felt a similar way. Still, she says that her lows were difficult and she had no choice but to make changes after she began to “crack at the seams”. In a better frame of mind now, Agbeze notes the good fortune she has to reside in a country that has managed the Covid-19 crisis with aplomb. As the sun shines and summer beckons in New Zealand, she wonders how different things would be if she was elsewhere.

“Recently I keep imagining how I would be if I was in the UK right now with the announcement of lockdown,” she says. “I don’t know, I know that everyone is just saying: ‘Bring on 2021!’ even though they don’t know if there’s going to be a change. I don’t know that I would have made it to 2021 if I was still in the UK.”

As she discusses her own struggles, in the same breath Agbeze points out the uncertainty that awaits the population as another lockdown begins with grassroots sports mostly paused. Beyond her netball prowess, Agbeze is a qualified lawyer and she works with the charity Greenhouse Sports, which supports young people from disadvantaged backgrounds through sport.

“As an adult it’s a really difficult situation to deal with. As a child, it’s even more of an alien concept and I do feel sorry for young people and children. I know that even before this second lockdown, lots of children went back to school with increased mental health issues and there was less PE at school. So I think it just compounds to make a dire situation.”

As Agbeze notes, those most affected by lockdown will, as always, likely be the more disadvantaged groups, including black people or other minorities. She stressed the necessity of more funding and support for people across socio-economic lines.

“Some children don’t have access to the internet, some children might not have a phone, might not have a laptop. It might be their parent’s or their caregiver’s phone which they don’t have access to. They might live in a flat and not have a garden. They have all these challenges and it’s only going to be worse. The work that Greenhouse does is really important, but a lot more needs to get done because I think we’re going to have a big crisis on our hands when this is all over.”

She remains less sure about what is next for herself. A few days ago, the Severn Stars released their 2021 squad and her name was unsurprisingly absent. Her priorities are slightly different for the time being: “It has just been such an up and down yo-yo, sometimes my only aim was to get out of bed,” she says. “And so I basically got to the point where I thought I can’t even look to the future. I just have to get through each day. And if I survive this day, then tomorrow I get through that day.”

With little idea about her next step, at some point Agbeze stopped thinking about it. Having not competed for so long, she is focused on how to overcome the doubts about her playing level that have festered over the past eight months.

“I’m a lot better than I was. But netball-wise, it is actually quite difficult because I have not played netball since March and I probably haven’t done that since I was a teenager. So it has really knocked my confidence in terms of my ability. At the moment, the main thing is just about trying to convince myself that I am reasonably fit and capable of playing.”

When she does feel confident enough to look further ahead, she will do so having learned a clear, simple lesson in 2020: she should never be afraid to convey her feelings.

“Especially now in this pandemic, pretty much everybody is going through something or other related to it and so I think there’s more understanding from people that some things are going on, so people should feel more comfortable opening up and speaking to people,” she says. “And also, I don’t think you necessarily have to open up and talk to people and say: ‘I’m feeling this way and that way.’ Even just having general conversations, I think helps to get things off your chest. And if you feel more comfortable going deeper, then it helps.”