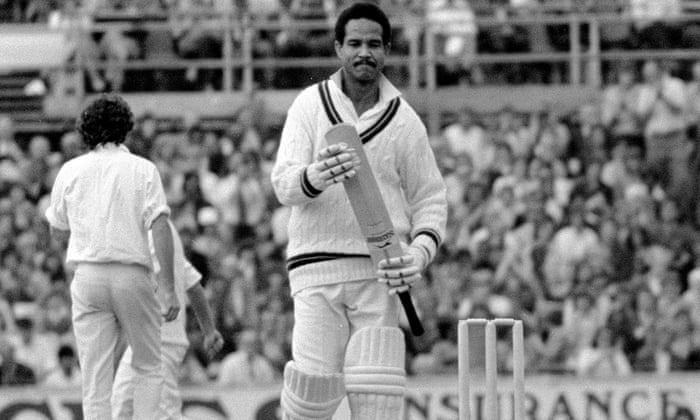 In particularly desperate times, the Spin’s parents wondered whether, had they called their son something “less naughty than Daniel,” they would have enjoyed a more ruly son. Which is to say that names are strange, at once arbitrary and definitive; we’re allocated them as babies, then grow to inhabit them so completely that they become inseparable from everything that we are.

No sport is as bound up with nomenclature as cricket, its vernacular enshrined into process and mythology. Naturally, that relationship encompasses players, shown on the scoreboard by their initials and surnames in public school-boarding school-Oxbridge style, pedigree and class prioritised over individuality and affection in the glorious British tradition.

Consider the Terence in IT Botham – unexpected, but far more telling than Ian, so too the Ivon in DI Gower, invoking writing’s “rule of three” and deploying the classic three-act structure of set-up, conflict, resolution. Or how about Ian Bell, a name entirely ordinary but for the intervening Ronald by which its owner became notorious – until his entirely extraordinary batting demanded to the contrary.

Then there’s NH Fairbrother, known as Harvey because how often does one get to call a person Harvey, and whose teammate Warren Keith Hegg was a wicketkeeper. But even nominative determinism of that calibre shrinks alongside Michael Colin Cowdrey, awarded a forename no one ever used so that he might have suitable initials.

One of Cowdrey’s England teammates was John Augustine Snow – his father was a vicar – and Snow’s first Test, against New Zealand in 1965, was FS Trueman’s last, Sewards being the maiden name of the maternal grandmother who delivered him. Trueman is exactly the type you would expect to have no middle initial at all, the number of Yorkshiremen left bereft suggesting an attitude either non-conformist or davkanik, depending on your bent.

Predictably, the parents of Geoffrey Boycott, Hedley Verity and Raymond Illingworth did not indulge such frippery, nor Leonard Hutton or Herbert Sutcliffe, though both gave middle names to their sons – William Herbert Hobbs Sutcliffe was named after JB Hobbs – Darren Gough quipped that he couldn’t afford one and Arnie Sidebottom’s parents opted not to make a bad situation worse. Across the Pennines, David Lloyd, Graeme Fowler and Andrew Flintoff also went without, foreshadowing their special brands of iconoclasm, while Joel Garner and Virender Sehwag’s lack emphasised the devastating simplicity of their play.

At the other end of the middle-name spectrum come those with more than one. An early exponent of such was John William Henry Tyler Douglas, often referred to as Johnny Will Hit Today – unless he was in Australia, where local wags cunningly altered it to Johnny Won’t Hit Today – and, more recently, we had Vangipurapu Venkata Sai Laxman, or Very Very Special as he’s more commonly known.

Other enjoyable iterations include Douglas Ernest Vernon Padgett, his surname evoking PAJ DeFreitas, who played for England with ARC Fraser, who were picked to play for England by PBH May, who played for England with DCS Compton. But none of those settled like Michael John Knight Smith, wholly known as MJK, or George Oswald Browning “Gubby” Allen – his acronymic nickname evoking the mouth with which he supported apartheid South Africa – while APE Knott offers pleasing congruence with the simian agility of his Warren Keithing. 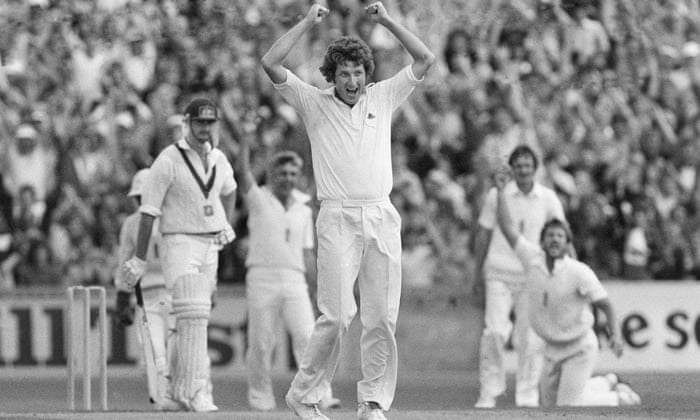 Unsurprisingly, RGD Willis is out on his own, adding Dylan to Robert George in homage to Robert Allen Zimmerman. And it is impossible to contemplate the name Brian Charles Lara without the internal voice automatically switching to Bob’s, the full appellation a tribute to the extent of his legacy and the force of his personality; the longer it takes us to say it, the more we enjoy saying it, the more we embrace what it means.

Richie Benaud took similar joy in extolling “Dennis Keith Lillee” – who shares his K with Shane Keith Warne – and their shared initial is also maximised by John Kenneth Lever, who could not have foreseen how the JK by which he became known would later be compromised by lamentable music and even worse fashion.

Another known by his initials is Abraham Benjamin de Villiers, the simplicity of the AB reflecting the easy quality of his ludicrous brilliance. ABdeV – what a lovely little rhyme that is – captained South Africa, as did Wessel Johannes “Hansie” Cronje, one of many players known by names that are not their first. Others include Luteru Ross Poutoa Lote Taylor, Denagamage Proboth Mahela de Silva Jayawardene, Warnakulasuriya Patabendige Ushantha Joseph Chaminda Vaas, Clairemont Christopher Lewis, Balfour Patrick Patterson and Cuthbert Gordon Greenidge.

These examples not only assert cricket’s cultural richness but emphasise the horrors that spread its message – Clairemont, Balfour and Cuthbert seem to reflect empire, of colonies taking what they were left and trying to do the best with it – likewise various of their contemporaries and antecedents.

But even in that context, Garfield St Aubrun Sobers stands alone, his unique name full of gorgeous sibilance, alliteration and evocation, fully in keeping with a player who bowled in three different styles, was the first to hit six sixes in an over and who, as a boy, removed the extra finger he had on each hand “with the aid of a catgut and a sharp knife”. As far as the Spin understands, none of these achievements has ever been accomplished by any plain old Joe Bloggs.