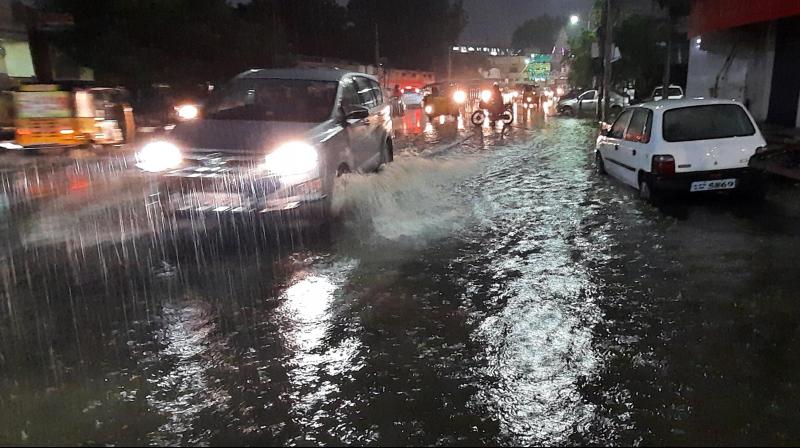 Hyderabad: Opposition parties are furious over the distribution of cash to the October flood victims, poor, slum-dwellers by TRS activists as the money being distributed is not from the TRS party fund. The parties termed the act as a brazen 'white collar' robbery in the guise of cash distribution to the flood victims in the city.

For the sake of transparency and accountability, he said the money from the Chief Minister’s Relief Fund (CMRF) could be directly deposited into the bank account of flood victims, beneficiaries or any other the poor. "When the Union government can directly deposit money into the bank accounts of beneficiaries in any nook corner of the country, why can't it be implemented in the city?," the CLP leader added.

The opposition parties called the TRS’ distribution of cash to the flood victims a smart act because no political party would oppose it as it could potentially backfire in the upcoming Greater Hyderabad Municipal Corporation (GHMC) polls. Hence, they claim, the government has handed over the cash distribution work to the ruling party leaders and fear that the move would certainly influence the voting pattern in the civic polls.

TRS minister Talasani Srinivas Yadav, however, refuted the allegations made by the opposition parties and said it exhibits their mindsets.

Mr Yadav said elected representatives were involved in the cash distribution programme only as the representatives of their division or Assembly constituency and clarified that the money is being distributed by the GHMC officials only. "If they want to distribute, let the fight the election, win and then distribute to the victims of their respective constituency or division. They are just jealous of a noble programme taken up by the TRS,” he added.

BJP state president Bandi Sanjay said the real beneficiaries have not got the compensation amount since TRS elected representatives have been swindling the half amount. He also wondered if the compensation of Rs 10,000 will serve any purpose when commodities, electronic goods and vehicles were damaged in the floods.

"The TRS is indulging in dirty politics even during the adverse situation in the city. We would wage a war on illegal distribution of cash compensation by the TRS leaders and ensure the real beneficiaries would be benefitted. How can K.T. Ramarao hand over cash to corporators when he himself on several occasions called them to be corrupt?" Mr Sanjay added.

AICC spokesperson Dasoju Sravan criticised the State Election Commission for allowing the TRS men to distribute cash ahead of the civic polls in the city and sought the postponement of electoral roll preparation for GHMC polls till flood relief compensation distribution was completed.

He also alleged widespread irregularities and discrimination in the distribution of compensation amounts for flood-affected families in Greater Hyderabad. “TRS leaders are committing a brazen 'white-collar' robbery of public money in the name of compensation distribution.," said Dasoju Sravan.

Relief, eager anticipation for many Americans ahead of FDA decision on booster shots