The Japanese developer has introduced a new technology, which can avoid unwanted chatting with people. For you it will make the other person “covered” by your face and voice while you are quietly going about their business. 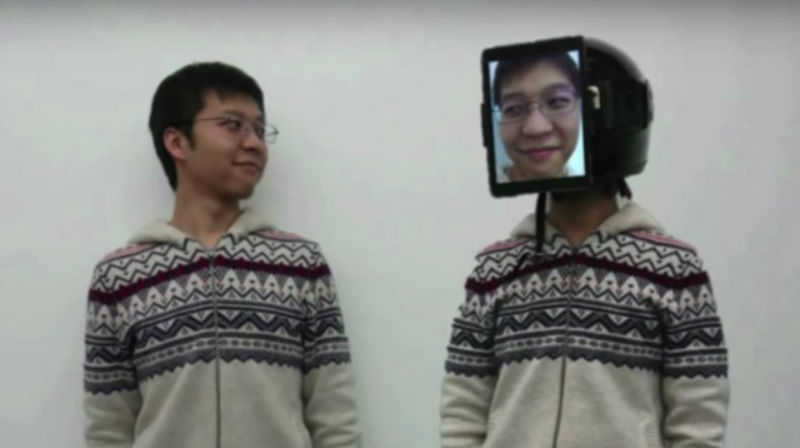 Japanese developer young Rekimoto (Jun Rekimoto) presented at the conference EmTech technology ChameleonMask. It was called “Uber human”, but actually it is closer to FaceTime.

The essence ChameleonMask that the user can hire like himself in stature “courier”, which will walk the Affairs of the client. “Human surrogate” puts down a special mask with attached tablet, which is broadcast live to the client’s face: he watches through the camera and can talk with someone.

Edition Vice already suggested how you can use technology. For example, to help a friend move, getting out of bed, or to go to the son for the match. However, it is unclear how “human surrogate” will be able to move, because his face is hidden by a tablet and he sees nothing. But, maybe next version will have holes for the eyes.