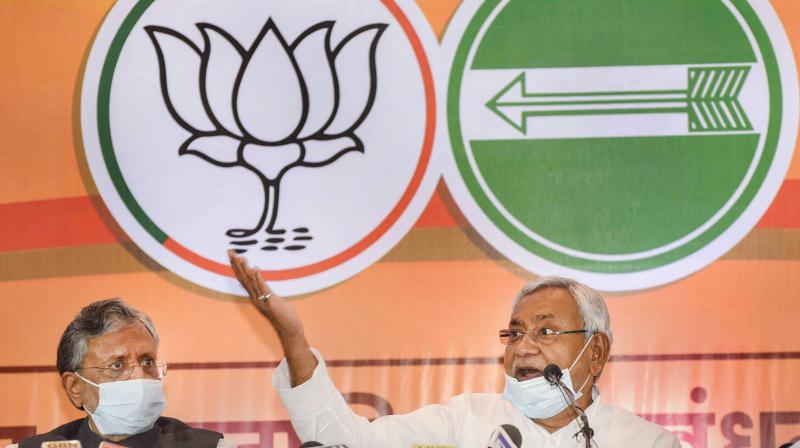 Bihar election watch (BEW), a wing of Association of Democratic Reforms (ADR), has released data revealing that most of the political parties have fielded candidates with criminal cases for the ongoing assembly elections in Bihar.

The report released by the ADR shows that out of 3722 candidates analysed, 2166 have declared criminal cases out of which 915 have serious criminal cases pending against them.

As per the data, in the first phase of polls, out of 1066 candidates in the fray, 327 had declared criminal cases. The data also reveals that 104 candidates did not inform the public about the pending cases against them.

In the second phase of polls scheduled on November 3, the percentage has gone up from 31 to 34 per cent. Political parties in this phase have fielded 891 candidates with criminal cases out of which 389 have serious criminal cases pending against them.

Similarly in the third phase of polls,which is to be held on November 7, out of 1204 candidates in the fray 653 candidates have criminals cases out of which 282 have serious cases pending against them.

The RJD, which is the main Opposition party and a senior grand alliance partner in Bihar, has topped the list followed by the BJP, the Congress, LJP and JD(U).

The report says that the Supreme Court in its directions on February 13, 2020, had specifically instructed political parties to furnish reasons for selection of such candidates. As per the mandatory guidelines, the reason for such selection has to be with reference to qualifications, achievements and merit of the candidates.

“Therefore, such unfounded and baseless reasons given by political parties like the popularity of the person does good social work, cases are politically motivated cases etc are not sound and cogent reasons for fielding candidates with tainted backgrounds. The data clearly shows that political parties have no interest in reforming the electoral system and our democracy will continue to suffer at the hands of lawbreakers who become lawmakers,” the report released by the ADR says.