On Saturday Mr Biden delivered a victory speech, after the election was called in his favour by all the major US networks, in which he vowed to “govern as an American president”. However Donald Trump is still refusing to concede and has been claiming, without providing firm evidence, that the election was rigged against him. Mr Farage shared a video showing Mr Biden’s reaction to a question from the BBC.

After he is asked “Mr Biden, a quick word for the BBC?” the president elect replied “BBC? I’m Irish” before smiling and moving away.

The Brexit Party leader wrote: “As you can see from this clip, Biden hates the UK.

“The Conservatives had 4 years to do a trade deal with the USA and pro-UK President, and they failed. There is no chance now.”

Mr Farage has been an outspoken support of Mr Trump and attended a number of his rallies in the leadup to the presidential election. 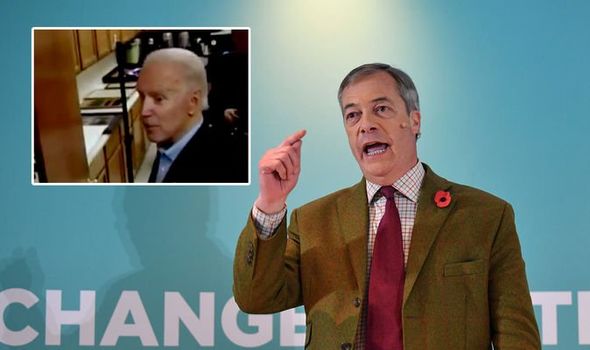 As you can see from this clip, Biden hates the UK.

The Conservatives had 4 years to do a trade deal with the USA and pro-UK President, and they failed.

There is no chance now. 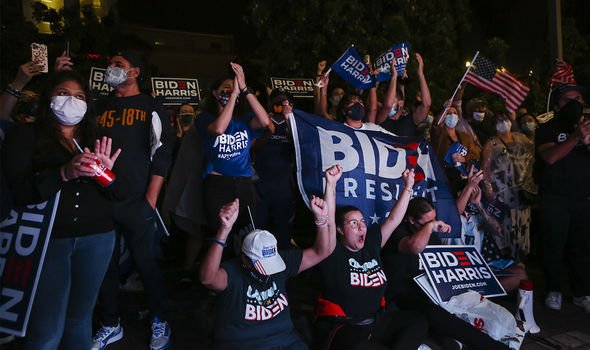 At one rally, in Arizona, he was invited onto the stage by the president and delivered a short speech.

The Brexit Party leader described Mr Trump as “the single most resilient and brave person I have ever met in my life”.

Earlier this year Mr Biden warned the UK would not get a trade deal with the US if it ripped up the Brexit withdrawal agreement, which some argue would violate the Good Friday Agreement.

He said: “Any trade deal between the U.S. and U.K. must be contingent upon respect for the Good Friday Agreement and preventing the return of a hard border in Ireland. Period.” 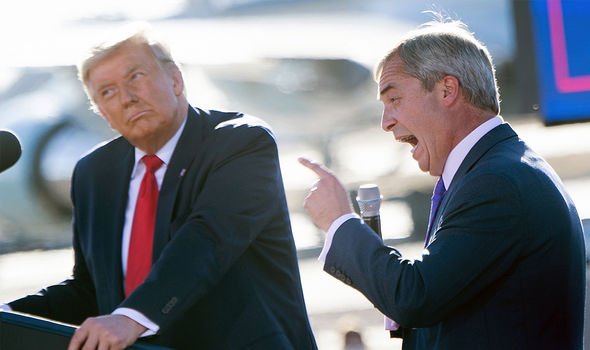 After Britain voted to leave the EU in June 2016 Mr Biden was sharply critical of the decision.

He commented: “I was really disappointed.

“I was not surprised, because in times of confusion and great change I think we all become susceptible to demagogues and charlatans who in order to aggrandise their power find a scapegoat.”