The Democrat leader has also revealed a new twitter account called “Biden-Harris Presidential Transition”. Mr Biden’s first tweet on the new account read: “We stand together as one America. We will rise stronger than we were before.”

The first page of the site explains; “President-elect Biden and Vice President-elect Harris are confronting a pandemic, an economic crisis, calls for racial justice, and climate change.

“The team being assembled will meet these challenges on Day One.” 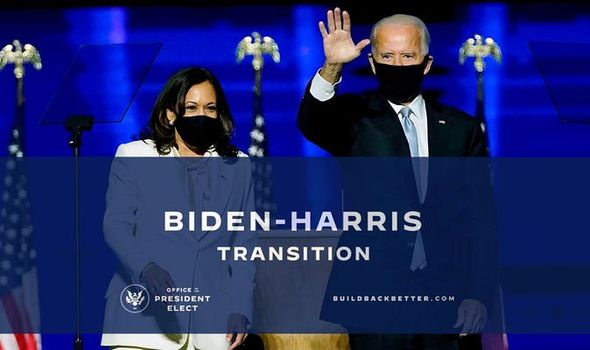 “A collective sigh of relief was heard around the World.”

Kamila Harris has also tweeted: “While I may be the first woman in this office, I will not be the last.

“This is because every little girl watching tonight sees that this is a country of possibilities.”

Ms Harris has served as the Democratic junior United States senator from California since 2017. 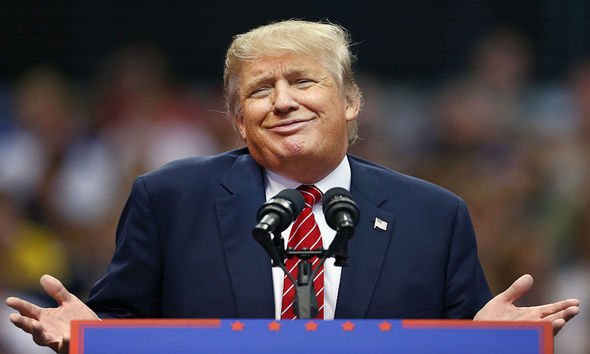 Referring to the embattled US economy Mr Biden’s new ‘transition to the presidency’ website said: “President-elect Joe Biden believes to his core that there’s no greater economic engine in the world than the hard work and ingenuity of the American people.

“Nobody has more respect for the working women and men who get up every day to build and sustain this country, or more confidence that they can meet the challenges we face.

“The Biden-Harris administration will rebuild the middle class, and this time make sure everyone comes along.

“Make no mistake: America has been knocked down.” 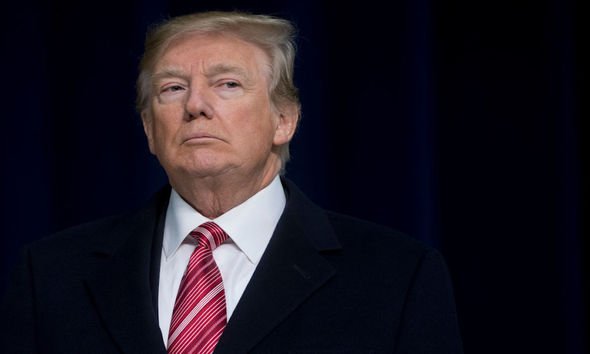 “This is through no fault of their own.”

The website also showed how the coronavirus pandemic “has also laid bare some unacceptable truths”.

The site stated: “Even before COVID-19, too many families were struggling to make ends meet and too many parents were worried about the economic future for their children.

“And, Black and Latino Americans, Native Americans, immigrants, and women have never been welcomed as full participants in the economy.”