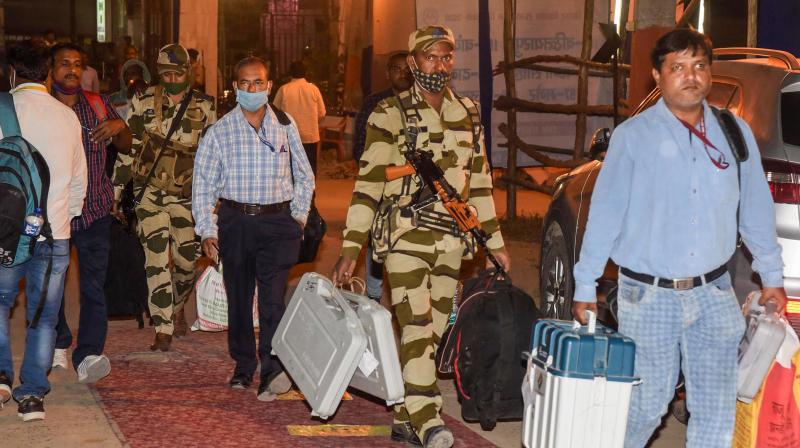 Patna: Over 53 per cent of voting was recorded during the second phase of Bihar Assembly elections on Tuesday. The voting in this phase was held in 94 constituencies across 17 districts.

The Opposition RJD is locked in a direct fight with BJP on 28 seats and 24 seats with JD(U). The Congress is contesting 12 seats each against the BJP and JD(U).

Prominent leaders whose fate will be decided during the second phase are Tejashwi Yadav from Raghopur. Reports suggest that he has the support of don turned politician Rama Singh from the seat.

However, his elder brother Tej Pratap, who had won from Mahua seat in 2015, is contesting from Hasanpur and is locked in a tough battle against two times sitting JD(U) MLA Raj Kumar Rai.

Another important leader who is trying his luck in this phase is Nand Kishore Yadav of the BJP. He is sitting MLA from Patna Sahib Seat and a minister in Nitish Kumar Cabinet. JD(U) leader and minister Shravan Kumar from Nalanda and actor turned politician Shatrughan Sinha’s son Luv Sinha from Bankipore seat are also in the fray.

Luv Sinha is pitted against BJP’s three-time MLA Nitin Navin. Bankipore Assembly seat comes under the Patna Sahib Lok Sabha constituency that elected Shatrughan Sinha twice in 2009 and 2014 when he was in the BJP.

Sources said that the Congress, an ally of the RJD, in Bihar is trying to use the popularity and political influence of Shatrughan Sinha by fielding his son from the seat.