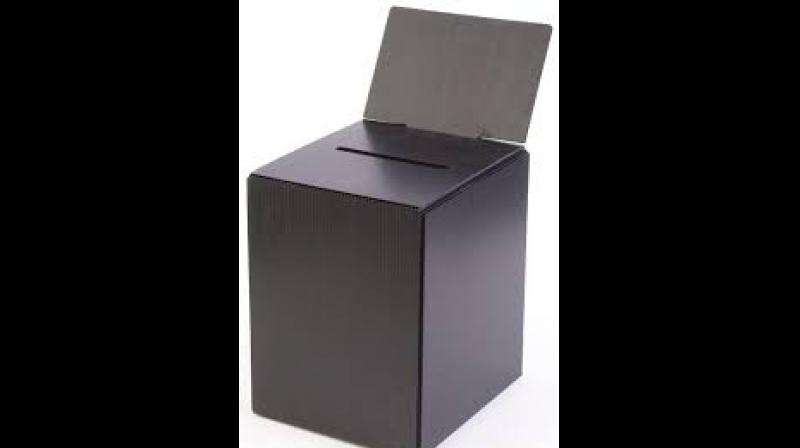 Of a total o f28,638, 70 per cent of them are rusted while lids of others are damaged which, officials say, will not be fit for use for elections. The Telangana State Election Commission (TSEC) has asked nodal agencies to get these ballot boxes repaired by November 15 and send an official report by November 18.

The TSEC has sent 28,683 ballot boxes to the neighbouring Andhra Pradesh government for use during the local body elections. As the municipal elections in AP have been postponed, the TSEC had requested the Andhra Pradesh State Elections Commission APSEC to return the ballot boxes for the upcoming GHMC election.

Hinting that GHMC elections are fast approaching, the SEC has ordered that each and every ballot box be checked immediate and take up necessary repairs and painting.

After painting, the existing district codes such as NZB, WGL, NLG will be repainted on the box for easy return of the ballot boxes to concerned districts after completion of the election process.