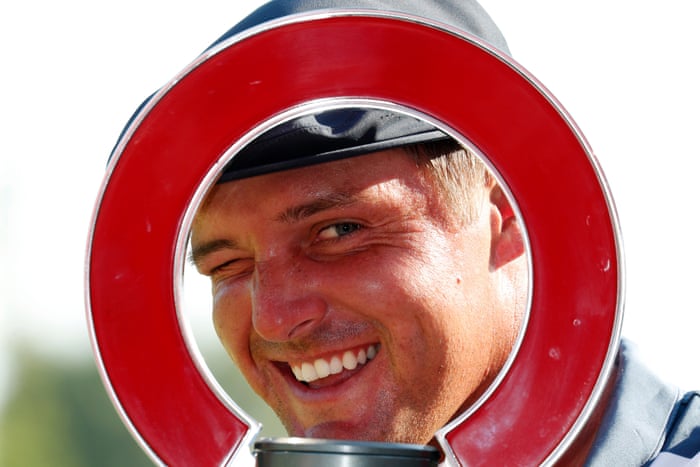 It is quite the achievement to pull attention away from Tiger Woods, the defending champion at a Masters to be played in November without galleries. Bryson DeChambeau’s propensity to break with convention is instead the story of this year. Should Woods dress DeChambeau in a Green Jacket next Sunday, the scale of reaction promises to be extraordinary.

DeChambeau was not exactly a run-of-the-mill PGA Tour player before Covid-19 struck but few could have expected the scale or style of his subsequent rise. Victory in Detroit in July preceded US Open glory. The 27-year-old used lockdown to overhaul his body; the outcomes included 40lb in weight gain, a rise to No 5 in the world – he is now sixth – and Instagram confirmation of 400-yard drives. It is not golf as we know it; but it most certainly works. At Winged Foot, DeChambeau won the US Open by half a dozen shots.

Chris Como has coached this sport’s man of the moment for two years. He smiles when the notions of brute force, ignorance and simply the battering of courses into submission by DeChambeau are raised. “Are feel, athleticism and creativity part of the game?” asks Como. “Absolutely, and he has all of those.

“I believe in all of those and try to develop them. That’s his approach as well: if there is an opportunity to go down a path for a period of time to understand his game better or make improvements, he won’t turn his back on it just because it hasn’t been done that way before. 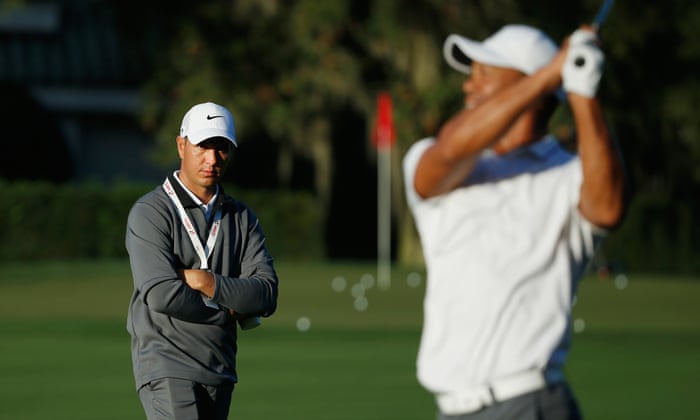 “He is extremely curious. He is extremely driven to figure out his game. His work ethic is unbelievable. People talk about Tiger’s work ethic in his prime and they are very similar in that regard. He is not risk-averse, he is willing to do whatever he believes it takes to reach his highest level. Things that might be considered accepted or assumptions that are out there – taken for granted for decades – Bryson is always wanting to rethink those.”

Some traditionalists are recoiling in horror. “It’s not like there isn’t a precedent for this,” Como says. “Jack Nicklaus hit the ball a lot farther than most of his contemporaries. Bobby Jones was exceptionally long, Tiger was exceptionally long relative to the field when he first came out. The distance from a person relative to the field is a gap you are always going to have.

“The real issue is, how does it come down to the courses we know and love? Does it change the way they are going to be played? That’s the whole field in a sense, there is a shift in terms of people being longer. I don’t think that’s related to Bryson in particular.”

But can he tame Augusta National? DeChambeau’s Masters record – he has a highest finish of tied 21st, as an amateur, in 2016 – suggests not. “Hitting it farther obviously helps,” says Como. “Augusta is the course it is because it tests so many skills. The person who wins is going to do a lot of things really well. Bryson knows that, he has been allocating a lot of time to his whole game. He isn’t just a guy who hits it far; look at his putting at Winged Foot, his wedge play. He has definitely got those skills, there is just a lot of variance to golf. Who will show those skills on that week?” 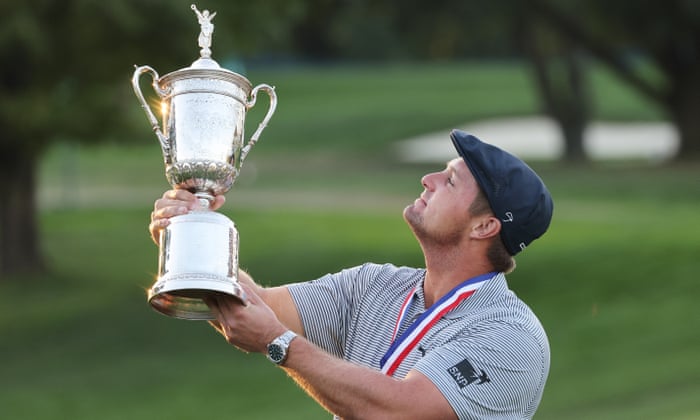 As DeChambeau spent an enforced competitive break in the gym, Como brought a long-time dream to fruition. On a flight home to Dallas from the abandoned Players Championship in March, Como decided to press ahead with the building of his “living-room lab”. He handed in notice at his apartment and found a house where this high-tech instruction and analysis room – as serves for sports other than golf – could be built. DeChambeau did not know the scheme was under way until it was all but completed. “He was like a kid in a candy store,” says Como. “He really got a kick out of it.

“It was a top-secret project. I had always had an idea about putting together a studio where you can do golf stuff but have fun with other sports as well; analysing a jump shot, a baseball pitch, a hockey slapshot. I needed to find a house with 20ft ceilings, high enough for a three-pointer.”

Seth Curry, brother of Steph and guard for the Dallas Mavericks, and Jamie Benn, captain of the Dallas Stars in the NHL, are among those to have revelled in Como’s home improvements. Against this backdrop, it is natural that Como is labelled as the Nutty Professor behind the Scientist. Such analysis is unfair; he worked as an instructor for 12 years, including for David Leadbetter and Hank Haney, before taking so much as a biomechanics course.

“I try and bring the elements together; science but the experiences of traditional coaching,” says Como. “I try to bridge those worlds. A lot of things are outside the scope of what can be measured but are very important. Communication is huge; if I am trying to translate German to English, I need to know both languages. If I am trying to translate concepts that are somewhat technical into the language of feel, I need to understand both.”

Como worked with Woods for almost three years from 2015, during which time the 15-times major champion struggled with his back. There is no acrimony whatsoever about the parting of ways, with Woods essentially deciding to coach himself.

“It’s an honour to get that opportunity,” Como says. “The experience, both personally and professionally, was incredible because he is a great person to be around. He was amazing to work with even though this was a tricky point in his career, given his body.

“As a coach, you are helping people but also learning. I took so much from that window that I apply to my coaching now. What better education can you get than working with arguably the best player of all time? There’s nothing but tremendous gratitude for that experience.

“With Tiger, I was already teaching a few guys on Tour and had a fairly established career in instruction without being such a ‘known’ person. You go from zero to 100 in one announcement in that regard. You felt the attention more in a lot of ways.

“Tiger was in such a precarious place with his body and was trying to figure things out, ways to play and swing to fit what his back could do. It wasn’t a smooth road, it was unchartered territory. With Bryson, he is young, fit and in the full stride of his career while trying to see how good he can get.”

The parallel for Como was that, as now, he was firmly in the limelight. “Where people get somewhat enamoured is the significant jump in certain aspects,” he says. “When you are already in the 99 percentile, it’s usually minor, minor things that push someone forward. For someone to have a significant jump from inside that percentile … people intuitively realise that it’s a big deal.”