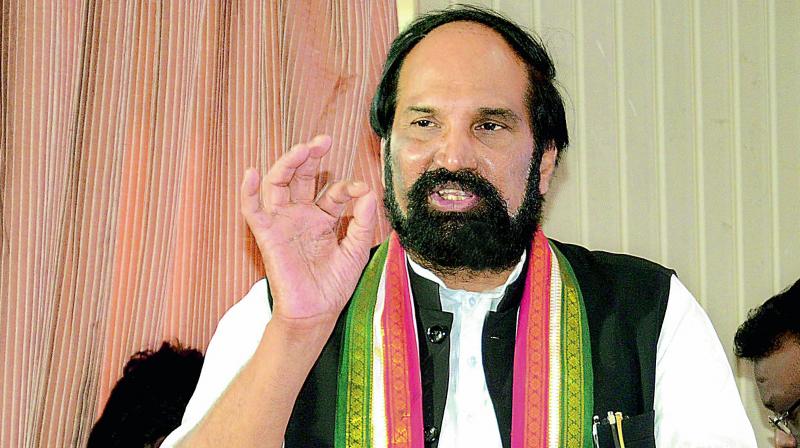 Congress leaders alleged the news could have been created and circulated by minister Harish Rao and BJP candidate M. Raghunandan Rao due to fear of losing Dubbaka. Congress candidate Srinivas Reddy also released a video describing the viral message as false propaganda and blaming Harish Rao and Raghunandan Rao for the same. He urged Governor Tamilisai Soundararajan to immediately “Bartaraf” (dismiss) Harish Rao from cabinet and demanded that the BJP suspend Raghunandan from the party.

Advising Congress cadre not to believe the fake news, the Congress nominee lodged a complaint with Siddipet police against the fake news.
Later, the TPCC president, along with senior leader Marri Shashidhar Reddy and former MP Anjan Kumar Yadav; met DGP M. Mahender Reddy at the Police Headquarters demanding against the offenders.

After meeting the DGP, the TPCC team went to office of the Election Commission and submitted a complaint to the additional election commissioner demanding that the culprits be arrested before the end of polling, so that justice could be better served.

Uttam Kumar Reddy recalled that a similar incident had happened in Kerala and the State High Court disqualified the winning candidate for spreading such false news against his opponent.

No need to speak to me through media: Sonia Gandhi to G-23 leaders