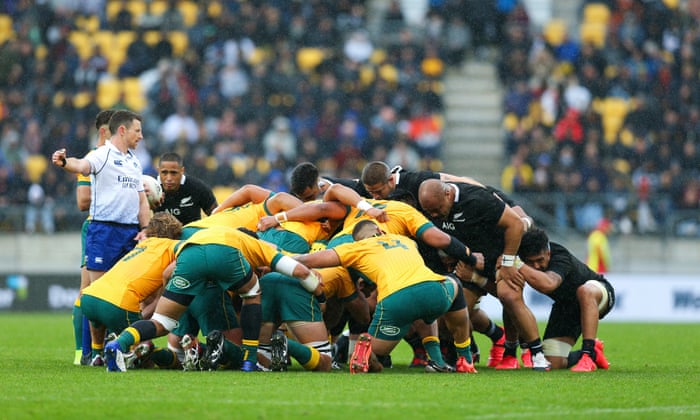 Potentially, the three-year deal – worth $100m in cash and contra – can make or break the game in Australia. The key question is though, how much of the deal is cash and how much is contra?

Australian rugby cannot afford a significant proportion of the new deal to be paid in contra. Free advertising on Nine and its affiliate newspapers and radio stations will not keep Australia’s best players in Australia. Only cold, hard cash will do that.

If you assumed the contra component was worth up to 10% to 20% of the $100m total, then the cash value of the rights could be as low as $26m a year, which would possibly be less than Fox Sports’ final offer, believed to be $28m a year.

Even if RA received $33m a year in cash, it would still fall well short of the previous broadcast deal worth $57m a year, which means Australia will continue to struggle to retain its best talent in the face of strong competition from European and Japanese clubs.

Rugby Australia may have calculated the game had gone as far as it could on Fox Sports and is banking on the new partnership to generate growth for the code, which some would regard as a risk worth taking, others a foolish adventure.

There is certainly a lot of potential upside in Nine broadcasting the Wallabies’ Test matches. If Nine makes a concerted effort to promote the national side, it will potentially create a greater awareness for a team that is searching for a new naming rights sponsor.

In that respect, the contra component of the Nine deal may be valuable. But you would expect a broadcaster to promote a brand new product without discounting its fee.

Under the new deal, Nine will show one Super Rugby game a week, live on a Saturday night, which appears to be a significant breakthrough for the code, but there are certain pitfalls RA must avoid.

Hopefully, RA has negotiated a clause in the TV contract which guarantees the Super Rugby game of the week remains in a live, prime time, time-slot irrespective of ratings. Otherwise, Super Rugby could find itself in a graveyard time-slot, which would only de-value the product.

In the early 1990s the NBL moved from Channel Seven to Ten lured by the promise of live, prime-time coverage on Saturday nights, but Ten pulled the plug after a few weeks because the games did not rate. The basketball competition has never fully recovered from that setback and there is a real danger the same fate could happen to Super Rugby.

Then, there is the vexed question of which of Australia’s five Super Rugby teams – the Brumbies, Rebels, Waratahs, Reds and Force – will feature in the game of the week on Nine. Australia’s core rugby markets are NSW and Queensland, but the other three teams are expected to demand equal TV exposure, having already sold sponsorships on this basis.

Does RA cater to its heartland or try to attract new fans in non-traditional rugby states? If Nine and rugby gets this balance wrong, it could have severe repercussions. Fox Sports may have its critics, but at least fans knew what they were getting.

The move to streaming service Stan to broadcast Super Rugby is also a gamble. Stan has no background in sport, and according to one report, is currently working on developing the technology to broadcast games.

RA is also relying on Fox Sports subscribers, who are reflective of rugby’s demographics, to fork out extra for Super Rugby on Stan, which may or may not be all that appealing if it is only domestic Australian content.

Will rugby fans in Sydney and Brisbane subscribe to Stan to watch the Rebels and the Force? They may be content to watch the Wallabies and the Super Rugby game of the week on Nine and that’s it.

Of course, Stan subscribers will also be able to watch Super Rugby Aotearoa and potentially a trans-Tasman competition down the track.

Some industry analysts believe if Australia accepted New Zealand’s invitation for two or three Australian teams to play in a trans-Tasman competition, the value of the broadcast rights would have doubled, but that option was never considered.

The new broadcast deal may be in the best interests of Australian rugby long-term – as long as the game does not go bust first.