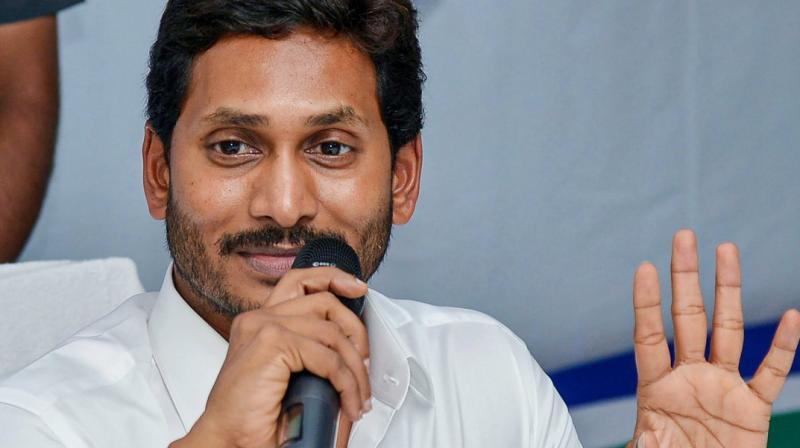 Though the party maintained that the programme was intended to commemorate three years of Jagan's Praja Sankalpa Yatra that he embarked on November 6, 2017, leaders admit in private that it was kind of a revival campaign for local body polls.

“We may not have much choice but hold elections at the earliest. The 10-day programme will help us revive contact with people,” said a minister. The CM discussed in detail about the programme at the Cabinet meet.

Sources said the government was not hopeful of postponing elections till the retirement of State Election Commissioner N. Ramesh Kumar in March next year. “The High Court is currently hearing the case relating to holding elections and the SEC expressed its preparedness to hold it,” sources in the government said adding that judiciary in general was leaving it to the SEC or Election Commission of India, as the case may be, to take a decision on elections.

They said that at present all the welfare schemes reach the doorsteps of people without any intervention from YSRC ministers, MLAs, MPs and leaders and there was poor campaign by the government when compared to the earlier TD government. They said that after assuming power, the CM was implementing a majority of poll promises despite Covid but the party is failing to get due credit due to vast negative campaign from Opposition TD against the CM, ministers and leaders.

They opined that elections were in progress in Bihar and if local body elections turned inevitable, then the 10-day campaign of YSRC would be helpful for the government. YSRC leaders prepared campaign materials, including audios and videos, for use during the 10-day campaign. Majority of people have benefited from at least one welfare scheme of the YSRC government. Hence, the party decided to visit every house during the campaign to create a “feel-good” vibe. YSRC legislator G. Srinivas Reddy, government adviser (public affairs), Sajjala Ramakrishna Reddy, party’s central office in-charge L. Appi Reddy and others said that YSRC campaign would launch on November 6 all over AP and will be held in a festive manner for 10 days.

They said that the party will gather feedback from people about government administration, welfare schemes implementation, village and ward secretariat system and other services for the betterment of governance.