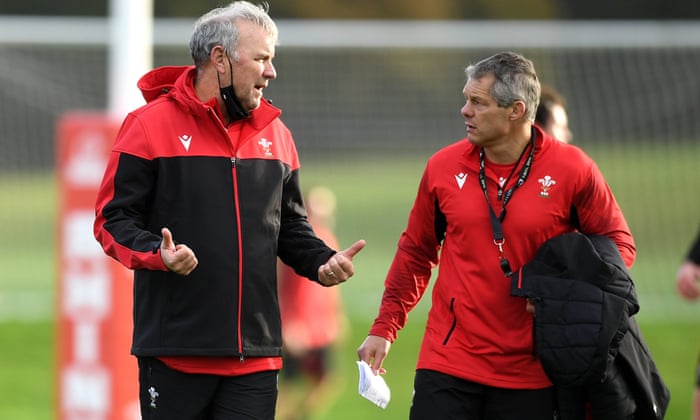 Wayne Pivac has admitted his Wales setup could be perceived as “a mess” after the sacking of the defence coach, Byron Hayward, less than a year into the job but said the decision was taken to get planning for the 2023 World Cup back on track.

Wales, who won the grand slam last year and reached the semi-finals of the World Cup, have lost their past five matches and suffered their worst Six Nations campaign since 2007, beating only Italy. Pivac, who took over as the coach from Warren Gatland a year ago having worked with Hayward at the Scarlets, took the decision to remove his defence coach before Friday’s opening Autumn Nations Cup match against Ireland in Dublin. Pivac also confirmed he has had no discussions about his own future with the Welsh Rugby Union.

“It was a very hard decision,” said Pivac, who spoke to Hayward a week after the home defeat by Scotland in Llanelli. “We have known each other a long time and we are friends away from the game. We reviewed the Six Nations, as you would expect, and had an honest conversation. I felt now was the time to make a change ahead of a new season and autumn cup series.

“It was made on the basis of what was best going forward to the World Cup. We were not getting what we wanted out of our defence. Before lockdown, we did a lot of work on our attack, knowing it would put pressure on our defence because it meant playing deeper in the field, but our two matches since then have been disappointing.”

On his own future, he said: “There has been no discussion around that [his future] at all. From day one it’s been about submitting a plan through the interview process, it’s about building a side capable of winning a World Cup in 2023. We know we’re not entirely happy with the results. We want to win all the time, but there has been no conversation around my future or the future of any of the coaches depending on these results.

“I don’t make that decision [the future] or those decisions, but certainly I’m in touch with our CEO on a regular basis and our executives and they know exactly what we’re doing and why we’re doing things.”

There have been rumours that players were unhappy at the approach of Hayward, who took over from Shaun Edwards, Gatland’s right-hand man whose uncompromising personality was assumed by his charges, but Pivac denied he was pushed into making a decision. “I talk to players on a daily basis,” he said.

“We constantly review training sessions but the decision in relation to Byron was one I took and I informed the necessary people at the time. I can see that it looks a mess but what matters is staying focused on a daily basis. We have to play a bit more rugby and back ourselves. We went into our shells against Scotland.”

Asked if it would be seen as a panic move, Pivac replied: “It is about what we intend to be doing in 2023. The decision was made because we were not heading in the right direction with the defence. Byron has not been made a scapegoat because we always put the team first, aware we are mere custodians in our roles. It was a tough call but I stand by it.”

The former Wales prop Gethin Jenkins, who last month replaced Sam Warburton on the coaching team, will assume part of Hayward’s role with the rest shared around. A replacement will be decided after the autumn.