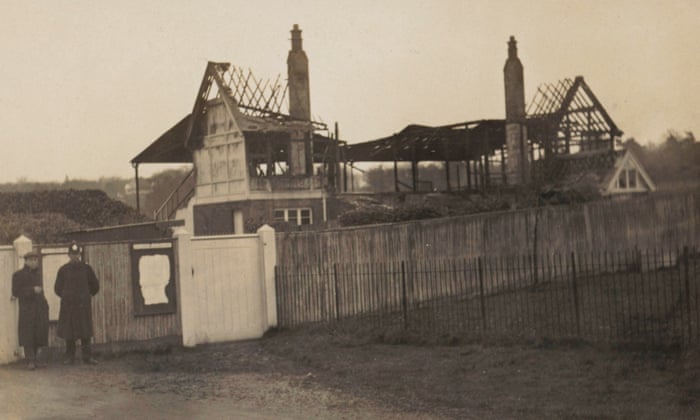 Shortly before 4am on the morning of 11 April 1913 the fire brigade was called to the Nevill Athletic Ground in Tunbridge Wells, where the cricket pavilion was ablaze. “The fire was discovered by the groundsman in charge of the ground, who lives near, and who had lately been instructed to be vigilant in watching the place,” reported the Kent & Sussex Courier. Firefighters could not save the building, which had been used to store a large quantity of tarred netting, basically an extensive collection of conjoined candle wicks. Nearby, they found a photograph of Emmeline Pankhurst and according to some accounts several copies of the suffragette newspaper Votes for Women. Within hours papers were reporting a “suffragist outrage”.

It was not an isolated incident. In the same year railway stations, golf clubhouses, boat and tennis clubs, newspaper offices, the homes of uncooperative MPs and even the tea house at Kew Gardens were targeted. Often publicity material for the suffragettes’ cause was left at the scene – when Croxley Green station was targeted that March investigators initially had no evidence that suffragettes were to blame, until the following day, when the station master received one of their newspapers along with a short note: “Afraid copy left got burnt.”

After the fire the mayor of Tunbridge Wells declared his town to be “a hotbed of militants”. The local branch of the suffragettes had been formed (at what is now a Wetherspoon’s) seven years earlier, including the noted activist and campaigner Amelia Scott among its members, and their ire had been stoked by the imprisonment of Pankhurst in February 1913 and by the Prisoners (Temporary Discharge for Ill-Health) Act, better known as the Cat and Mouse Act – designed to stop authorities having to forcefeed hunger-striking suffragettes – which was making its way through parliament as the Tunbridge Wells arsonists lit their match and destroyed one of the town’s bastions of male privilege.

According to legend an unnamed Kent official was once asked whether it was true that women were banned from the club’s pavilion. “Of course not,” he said. “Who do you think makes the teas?” It is a great quote, but I have not been able to find the original source, and have also seen it attributed to a member of a golf club in Surrey. Still, the fact that it is even regarded as feasible is, I suppose, telling.

In Tunbridge Wells many residents were furious about the destruction of a local landmark. “The indignation is deep and strong,” said JG Silcock, the mayor. “Bats, nets, bows and arrows have been sacrificed – shamelessly sacrificed. Can one wonder at the high feeling that has arisen? The whole business is as ill-considered as it is criminal and revolting. The pavilion, which is now a ruin, is referred to with justifiable pride in local guidebooks, and the perpetrators of the crime have won for themselves the anger and detestation of all classes of the community.”

Two public meetings were held in the aftermath of the incident, starting with Evelyn Sharp speaking at a small meeting of suffragists. “She asked whether, if the burning of a cricket pavilion helped them towards making a beginning to redress the injustices and social evils under which many women lived, it was not worthwhile to make such a beginning,” reported the Courier. “Asked why the Suffragists attacked the property of innocent people, she replied that no one was innocent so long as they allowed the government to refuse women votes.”

The second meeting was convened by the National League for Opposing Women’s Suffrage, and packed out the town’s Great Hall. The star speaker, having made the nine-mile journey from his home in Windlesham Manor (now a care home), was Sir Arthur Conan Doyle, author and incurable sports nut, who had mounted in the hall at home the mud-flecked cricket bat with which he had once made a century at Lord’s (he made 10 first-class appearances for the MCC and took one first-class wicket: WG Grace). 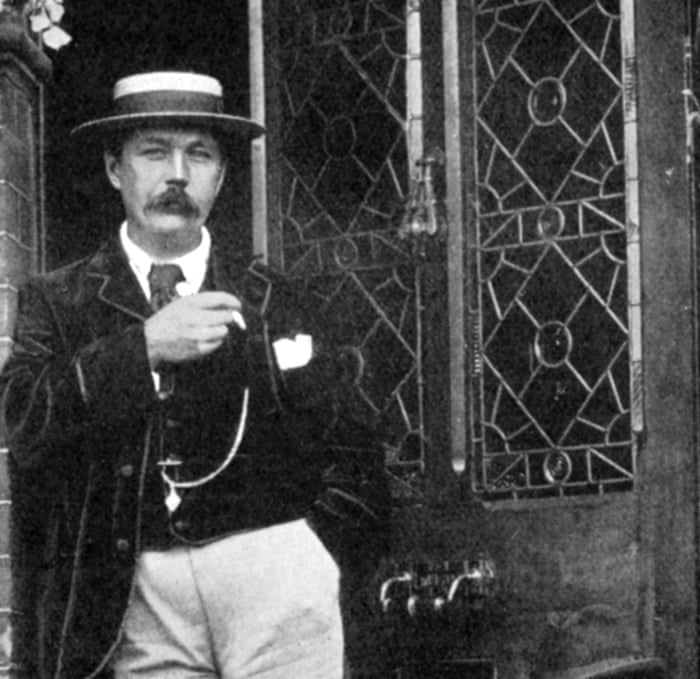 His principal argument against universal suffrage, he explained, was that: “If Unionist women were going to have votes then certainly Liberal women were, and if Liberal women were then Labour women were, and the Socialists were going to get it in time,” eventually “deluging England with this new electorate which, in my opinion, is against not only the constitution but the very laws of nature.” He concluded that acts such as the Nevill Ground arson had guaranteed that women would not get the vote for a generation, and seconded the motion debated that evening, which stated that “any extension of the franchise would be against the best interests of women themselves and of the empire as a whole” and was carried with only two votes against.

Enough money was raised for a contract to rebuild the pavilion, with several improvements, to be signed the following month, and the building was completed in a little over nine weeks, in time for Kent to play two matches there in Tunbridge Wells week in July (both rain-affected, one won and one abandoned; Kent won the County Championship that year, for the fourth time in eight seasons and the last until 1970).

Three years later Conan Doyle visited a munitions factory near Gretna in Scotland, codenamed Moorside. He declared it “perhaps the most remarkable place in the world”, an enormous hangar several miles long that, when fully staffed, would house 12,000 munition workers (actually at its peak there were more than twice as many), mainly women. It was there that his objections to universal suffrage were blown away. “Hats off to the women of Britain!” he wrote. “Even all the exertions of the militants shall not in future prevent me from being an advocate for their vote, for those who have helped to save the state should be allowed to help to guide it.” The Representation of the People Act was passed two in 1918, and Kent still play at the Nevill Ground in Tunbridge Wells week.