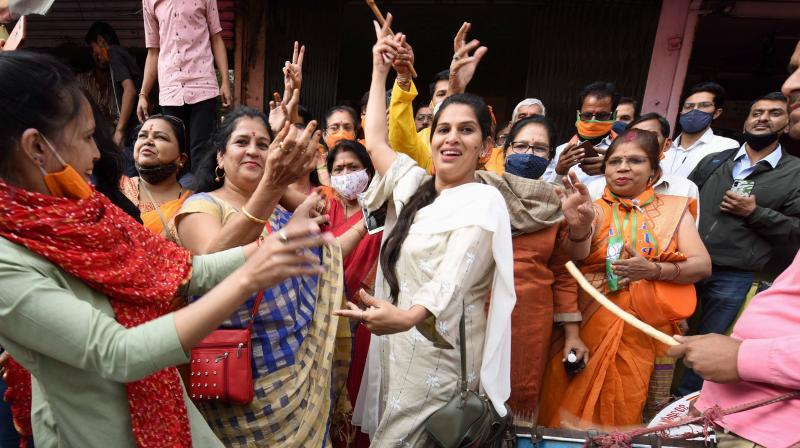 The ruling BJP in Madhya Pradesh has won 17 seats with the latest addition of Pradhuman Singh Tomar, who has won the crucial Gwalior seat. It is currently leading in 3 other seats.

Responding to Congress’ EVM fraud claims, BJP leader Jyotiraditya Scindia said that “It has become a habit of Congress to deny the people's mandate by questioning credibility of EVMs. If they keep doing so, they'll remain in the same place where they are or maybe worse.”

Congress state unit chief and former CM Kamal Nath conceded the election. "I accept the decision of the people. Thank the voters," Nath said on Tuesday as he conceded defeat in the bypolls.

Chief Minister Shivraj Singh Chouhan tweeted after the BJP declared victory. He has said that it is the victory of the BJP ideology.

A total of 355 candidates, including 12 ministers, had contested the byelections held on November 3 for which a voter turnout of 70.27 per cent was recorded.

WHY ARE THE BYPOLLS BEING HELD?

The Nath-led Congress government had lost its majority in the 230-member Madhya Pradesh Assembly and was left with only 87 legislators. The BJP, which has 107 MLAs returned to power, had formed the government under Chouhan.

In order to remain in power, the saffron party needs to win at least eight seats.