Charles-Henri Gallois listed a number of benefits of cutting ties with Brussels in a series of social media posts. Mr Gallois said leaving the EU would enable France to decide is own polcies on trade, immigration and health.

“They will be able to block a transaction even five years after its conclusion.

“France, helpless with EU treaties, sells off all its flagships.”

In another tweet he said Brexit had allowed Britain to take back control of its borders.

He said: “The United Kingdom, thanks to Brexit, regains control of its borders and its migration policy.

“We are also taking back control! Let’s Take Back Control!” 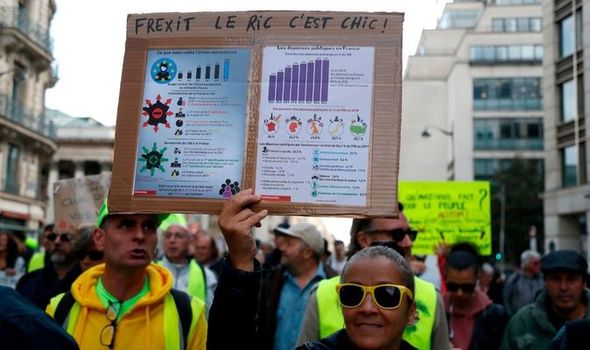 Mr Gallois also said France would have been better able to formulate health policy on COVID-19 vaccines if it was operating outside EU rules.

He tweeted: “Hopefully this vaccine will be more effective than Gilead’s remdesivir for which the EU spent 175 million euros. This is a commitment of almost 5 billion euros. 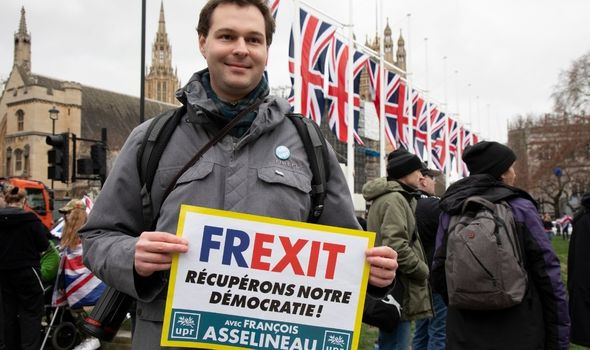 The Frexit movement has gained popularity in France during the pandemic with citizens questioning the role of Brussels in such a crisis.

Frexiteer Florian Philippot, founder of France hardline Eurosceptic party The Patriots, warned last month of the power Brussels wielded over member states and repeated his call to quit the bloc.

He told followers on social media: “When you stay in the EU, you end up complying!

Mr Philippot has insisted France needs to leave the EU “more than ever” to take back control of its own destiny.

The pandemic has pushed more than a million people to the brink of poverty in France with unemployment soaring to record levels. 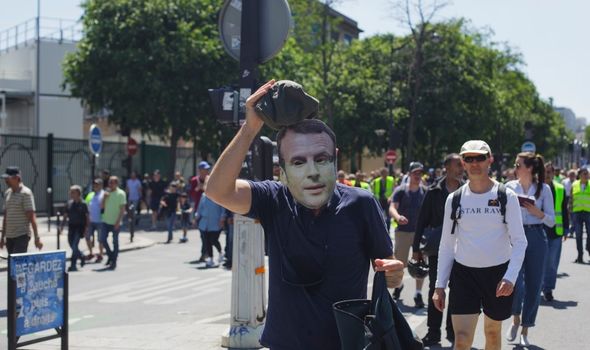 “More than ever a public safety program, the basis of which is the taking back of our sovereignty in all fields, is needed.

“Frexit, nationalisation of banks, rise in wages and pensions.”

The former MEP’s drive to see France follow Britain out of the EU has gained widespread support on social media from some citizens who claim membership of the bloc has been a “disaster” for their country.