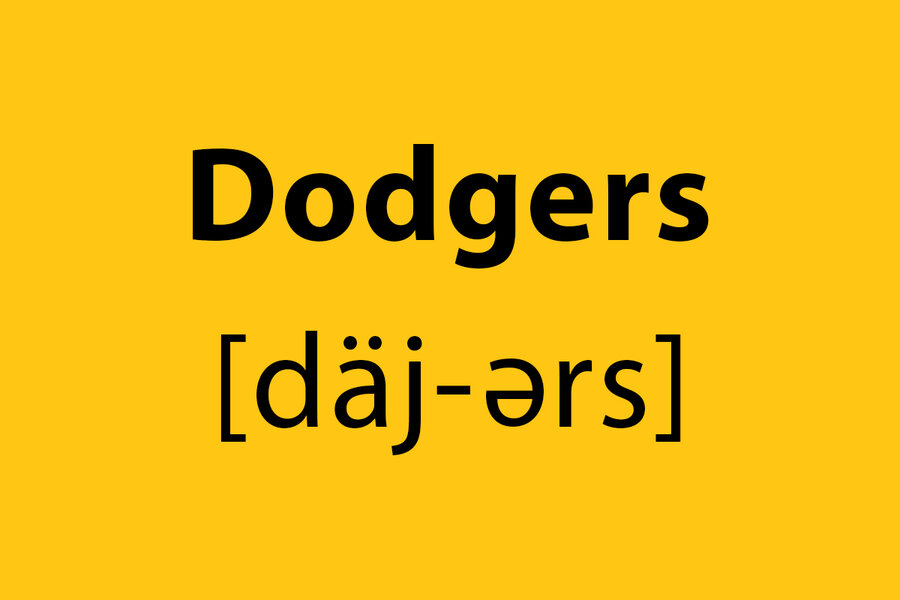 I drove through the tiny town of Watersmeet, Michigan – “home of the Nimrods,” as a sign on the outskirts proudly proclaims. As I went past, I wondered what prompted the town to call its high school athletes “the idiots.” I did some research and learned that while nimrod has indeed been an insulting slang word since the 1930s, it meant “hunter” long before. In the Bible, Nimrod “was a mighty hunter before the Lord” (Gen. 10:9; King James Version), and in the 17th century he lent his name to “skillful hunters” of all sorts. So Watersmeet is “home of the mighty hunters.”

Many sports fans identify strongly with their favorite teams, and, according to author Paul Volponi, “at the heart of every such connection is a team name.” What do these names suggest about the teams, the sports they play, and the fans who follow them?

Team names imply toughness and fighting spirit. In the United States, the most popular names, in order, are the Lions (742 teams, from high school to the pros), Warriors, Wildcats, Panthers, Bulldogs, Tigers, and Eagles (1,603 teams). Other fearsome entities have given their names to the Arizona Diamondbacks, the Tampa Bay Buccaneers, and the Chicago Bulls.

Other names refer to the history of a team’s home base. The Celtics is a nod to the 22.8% of metro Boston residents who have Irish heritage; the Packers were sponsored by a Green Bay, Wisconsin, meat packing company. The Dodgers is not a vague aspersion on the character of Brooklynites, where the team, now in Los Angeles, was formed. It was originally the Trolley Dodgers, because in the 1890s pedestrians regularly had to risk life and limb crossing the New York City borough’s chaotic trolley tracks.

Other names strike a literary note. The Baltimore Ravens pay homage to hometown poet Edgar Allan Poe. His poem “The Raven” inspired both the team’s name and, with the line “the silken, sad, uncertain rustling of each purple curtain,” the color of its uniforms: purple. Montrealers needed a name for their baseball team that was the same in English and French, so they chose the Expos, after the city’s 1967 International and Universal Exposition. (The team transferred to Washington and is now the Nationals.)

At Georgetown University, fans have chanted “Hoya Saxa!” at games for more than a hundred years. Students in the 19th century, who studied Greek and Latin, knew that hoya was a Greek word for “what,” and saxa Latin for “stones.” “What stones!” makes some sense as an admiring cheer – with slang connotations aside, it’s reportedly a nod to the school’s Stonewalls baseball team. But the Georgetown teams became the Hoyas, which makes no sense at all. Go Whats!