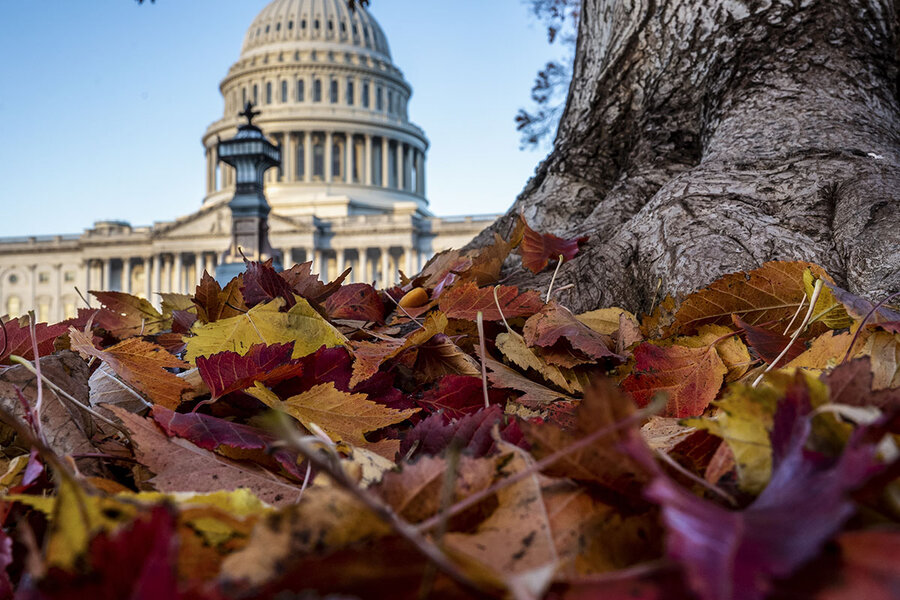 “What happened this year, they were inspired … and they were more strategic,” says Dianne Bystrom, co-president of the League of Women Voters in Nebraska.

The newcomers come from mixed backgrounds. Georgia’s Marjorie Taylor Greene made headlines for her support of the QAnon conspiracy theory, while Colorado’s Lauren Boebert owns a gun-themed restaurant that defied pandemic shutdown orders and where servers openly carry firearms. In Florida, Maria Elvira Salazar is a longtime journalist who worked for the Spanish-language network Telemundo. She flipped her district, as did Stephanie Bice of Oklahoma, Michelle Fischbach of Minnesota, and Nancy Mace of South Carolina, all of whom had served before in their statehouses, with Ms. Fischbach a former lieutenant governor. Meanwhile, Cynthia Lummis will be the first woman to represent Wyoming in the U.S. Senate. She is an attorney and former state lawmaker.

“The lesson here is that if you want more Republican women to serve and win, there have to be more Republican women on the ballot,” says Kelly Dittmar, research director at the Center for American Women and Politics at Rutgers University in New Jersey. That’s obvious, she says, but not easy to achieve for a party that eschews identity politics and lags far behind Democrats in targeted financial support for female candidates.

But two years ago, Rep. Elise Stefanik of New York and a cast of other Republican women took this challenge into their own hands. They had just witnessed 2018’s blue wave reduce their numbers from 23 congresswomen to 13. The contrast on swearing-in day was striking: the Republican side a mass of dark suits with red ties, the Democrats a cornucopia of lively colors worn by a record-setting 89 female members.

Representative Stefanik, the youngest GOP woman in the House, called the lack of Republican women a “crisis.” As the first woman to head up recruiting for House Republicans that cycle, she convinced more than 100 women to run, but only one was elected. So she changed her strategy – quitting her official recruitment role and relaunching her political action committee, known as E-PAC, so she could focus on endorsing and financially supporting women in primaries. That’s something the national party steers clear of, even while primaries are the toughest hurdle for GOP women.

Her move was at first called a “mistake” by the head of the House’s Republican campaign arm, Rep. Tom Emmer of Minnesota. But Ms. Stefanik was not cowed. “NEWSFLASH: I wasn’t asking for permission,” she tweeted, with siren emojis. Other women stepped up, including this cycle’s House GOP recruitment head, retiring Rep. Susan Brooks of Indiana. They put in hours on the phone recruiting and mentoring female candidates, guiding them through everything from budgeting to the media to managing family life in Congress.
“If Elise had not stepped forward … I don’t think we would have had the success that we had,” says former Rep. Mimi Walters of California, who lost to Democrat Katie Porter in 2018. “It was something Elise did on her own. It was not the party saying, ‘Go do this.’ It was Elise saying, ‘I am going to do this.’”

Ms. Walters praises Ms. Stefanik for her PAC, explaining that it’s typically harder for women to raise money, which discourages them from running. But “that dynamic is changing,” she says, mentioning other funding sources for GOP women, such as VIEW PAC, a political action committee that’s more than 20 years old, and the newly formed Winning for Women Action Fund, which was formed after the 2018 congressional losses.

“We asked ourselves, why is this happening, why aren’t women getting over the finish line?” recalls Ms. Perez-Cubas, of the Winning for Women Action Fund. One conclusion: “There’s a big hole in the Republican Party ecosystem.” Now it’s starting to be filled with the first super PAC – with no limit on fundraising – directed solely at GOP women candidates. This cycle, the PAC spent nearly $3 million.

But Democrats dwarf the efforts of their Republican counterparts. For instance, EMILY’s List, which recruits and supports pro-choice female candidates at all levels of government from start to finish, raised $72 million this cycle. So far this year, Democrats have elected 103 women to the House and Senate (slightly behind their 2018 record). They also shattered the glass ceiling in the vice president’s office, electing the first Black woman and first person of South Asian descent.

“The left does a really good job of elevating women,” says Ms. Perez-Cubas, a former aide to Republican Sen. Marco Rubio of Florida. “We have to make sure [we] go toe to toe.”

Getting more Republican women elected challenges monolithic conceptions about what women believe, says Ms. Dittmar, and brings diversity of style, perspective, and experience to governing – not to mention a more equal representation of constituents. But it’s also important for the future of the party, for its image and its ongoing battle for suburban women voters.

In California’s Orange County, once a bedrock of Republicanism, GOP women are leading in two very tight races to win back House seats that Democrats flipped in 2018. Young Kim was the first Korean American Republican woman elected to the state legislature; Michelle Steel, also a Korean American, is a county supervisor.

“The focus of the Republican Party has changed. We understand now, you have to be politically aligned with the party but your identity is important,” says Randall Avilla, the executive director of the Orange County Republicans. “We have to communicate that we are not the party of old white men.”