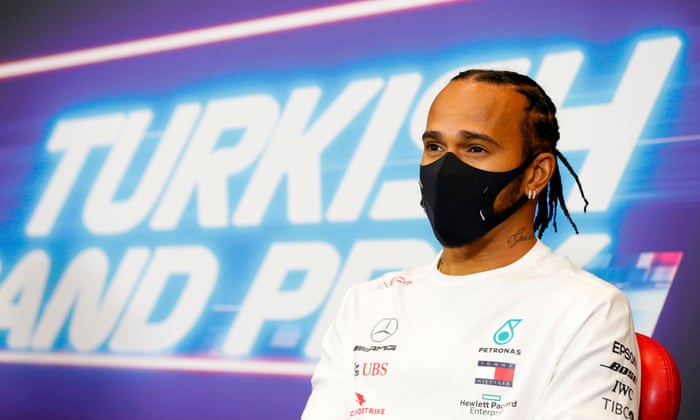 Lewis Hamilton has said that winning a seventh world championship would be a feat “far beyond his wildest dreams”. The British driver can equal Michael Schumacher’s record of seven world titles this weekend at the Turkish Grand Prix. Hamilton also emphasised the importance of his move to Mercedes, with whom he has won five championships, describing it as a “leap of faith”.

Hamilton took his first title in 2008 for McLaren having made his debut in 2007. He joined Mercedes in 2013 and won his second championship a year later. Since then he has been almost indomitable. He holds the record for races won with 93 and pole positions with 97. A seventh title would make him F1’s most successful driver.

Speaking in the buildup to this weekend’s race at the Istanbul Park circuit, Hamilton said he had never foreseen such an achievement, especially with the years he spent without winning a second title at McLaren. “I could only have dreamed of it,” he said. “It was far beyond my wildest dreams thinking that anyone would get to seven. I dreamed of trying to do something that Ayrton [Senna] had done. Getting one world championship was great and then it was very tough to get the second.”

Hamilton has all but won the title this season and victory in Istanbul will seal it. He leads his Mercedes teammate, Valtteri Bottas, by 85 points, and if he is 78 points ahead after this race it will be enough, with only three rounds remaining. Winning would guarantee the title, as would finishing in any position ahead of Bottas. The Finn must secure eight more points than Hamilton to stay in the fight. If Hamilton is second to his teammate, Bottas would also have to secure the extra point for the fastest lap.

When Hamilton left McLaren at the end of 2012 it was seen by many as a very risky decision. Mercedes were unproven, having only been back in the sport for three years and with only one race win in that time. Hamilton however was proud of following his instinct and making the move.

“I spent years trying to work to help McLaren win another world championship, then I had to make a big decision whether I stay put and keep trundling along or go and do something more adventurous,” he said. “It took that leap of faith and then we have gone one after the other here at Mercedes.

“I knew I made a really good decision when I made it. I knew it was the right thing for me but I never knew we would win six world titles. What it says is that you have to make sure you take that leap of faith. Do what you think is right for you and not what people tell you to do. Do the homework so you have the pros and cons and then go with it, and go with it all in whether it is good or bad.”

With Mercedes having secured the constructors’ championship at the last round in Imola, if Hamilton takes the drivers’ crown here they will have secured a record seven consecutive drivers’ and constructors’ double. F1 has not raced in Turkey since 2011, with Istanbul Park having held the first Turkish Grand Prix in 2005. Hamilton won here for McLaren in 2010.

The all-female W Series has announced that eight of its races next season will feature as part of the support bill in F1. The championship designed to promote female drivers held its inaugural season in 2019 but has not raced this year because of the pandemic. It was due to hold two races as F1 support events this season and expanding to eight represents a major step forward for the series. The venues at which they will take part have yet to be confirmed.