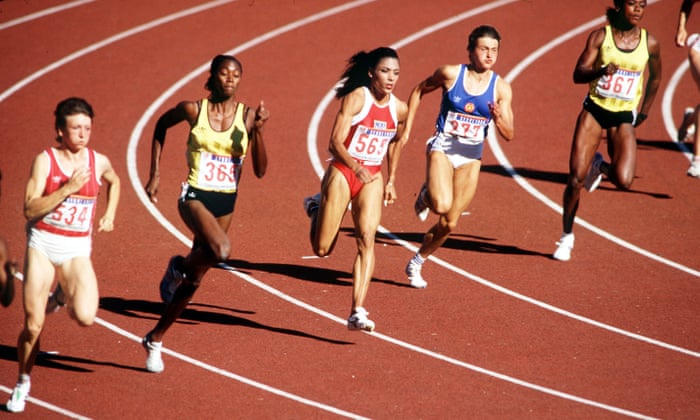 1) Seven months late, the Masters arrives on our screens. Jon Rahm is one of the favourites, and he’s been in sublime form in practice, skipping one over the pond at the 16th for a hole in one and perhaps the most ridiculous golf shot of all-time.

2) Newcastle is known for many things, but rap music is not one of them. However, after the Toon won promotion to Football League Division 1 in 1984, an artist by the name of Busker released a rap tune called Newcastle United (Going Up). Yes!

3) Silsoe’s Aztec Gold, used by ITV for their coverage of Mexico ’86, is one of the great sports theme tunes – here it is, in all its glory. And it was so joyously evocative that it remained in use afterwards adopted by Saint and Greavsie for their Saturday morning show; here’s what happened when Greavsie had flu and Spitting Image were asked to help out.

4) On this day in 1982, Aaron Pryor knocked out Alexis Argüello in the 14th round to retain his WBA super-lightweight world title. The Ring magazine named the contest their fight of the decade, and here it is in full; here are the highlights; here’s what became known as the ‘black bottle incident’, followed by the finish; here’s the rematch; and here’s a documentary on the match-up.

5) This weekend, Rafael dos Anjos fights Paul Felder in the UFC’s lightweight division. Dos Anjos, a former champion, was on the receiving end of one of the great home-run knockouts, administered by Jeremy Stephens; for balance, here are his top five finishes.

6) Few athletes have dazzled in quite the way of the late, great Florence Griffith-Joyner. Here she is, breaking records at the 1988 Seoul Olympics, here’s an explanation of how her brilliance worked, and here’s a three-part interview with her on her upbringing and style, on the ’88 olympics, drug allegations and retirement, and on training, her marriage, and Jackie Joyner-Kersee.

1) With the shutters down throughout football again, let’s celebrate the best of non-league football. Including goals from distance such as this.

3) Footage of the 1954 World Cup final, the fabled Miracle of Berne. And staying with Germany, a Gerd Müller showreel.