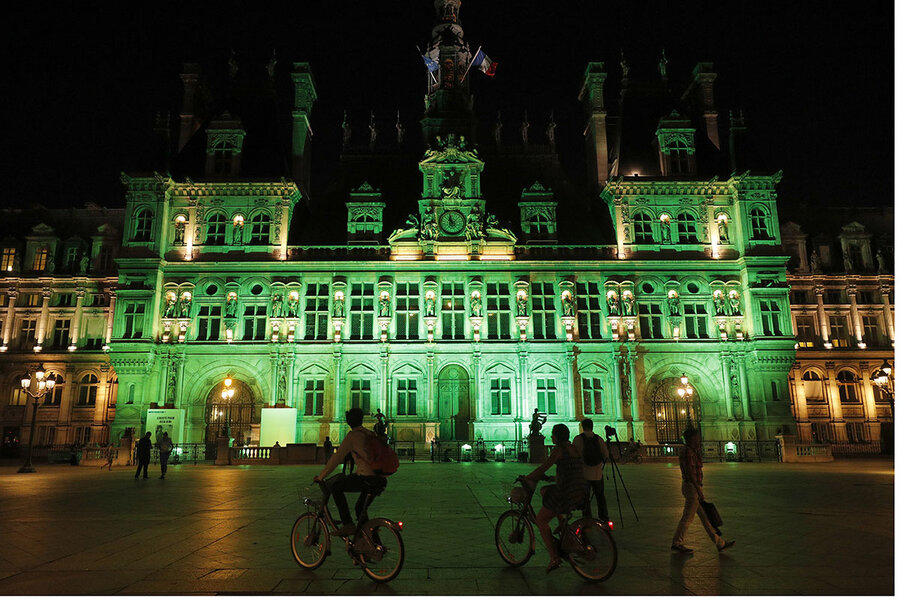 According to his own pronouncements and those of close foreign-policy advisers, he will move on Day 1 of his administration to rejoin the Paris climate agreement, reverse Mr. Trump’s decision to pull the U.S. out of the World Health Organization, and lift Mr. Trump’s ban on travelers from a number of mostly Muslim countries.

Moreover, Mr. Biden is likely to move quickly to name a Cabinet – he could unveil his choices as early as Thanksgiving, aides say – that tells both the American people and the world that he is serious about his pledge to use his appointments to showcase America’s diversity.

From allies, some wariness

Still, Mr. Biden’s theme that “America is back” is likely to go only so far – including with America’s closest allies, who learned over the last four years that, as German Chancellor Angela Merkel said, they can no longer rely on the U.S. for security.

While Europeans were clearly pleased with Mr. Biden’s election, they are also wary of any suggestion that transatlantic relations will simply revert to their glory days now that Mr. Trump will be out of the picture.

For one thing, they understand that America’s foreign policy – and specific aspects of it, like the constellation of alliances to which America has belonged – no longer benefit from broad bipartisan support, experts in U.S.-Europe affairs say. The spectacle of the U.S. presidential election and its aftermath are also reminders of the challenges even the world’s strongest democracies face.

Moreover, U.S. and European interests have in some ways diverged in recent years. And even Mr. Biden’s idea of a summit of democracies to reaffirm Western values in the face of rising nationalism does not elicit unbridled enthusiasm from America’s closest European allies, some experts say.

What to do at such a summit about NATO ally Turkey, or other increasingly authoritarian democracies, from Poland and Hungary to the Philippines?

“Europe has changed its perspective on the U.S. overall, the era of European naiveté with the U.S. is over,” says Célia Belin, a visiting fellow at the Center for the United States and Europe at Brookings.

“Over the past four years and a little bit before, the interests [on the two sides of the Atlantic] have been diverging, and the bridge is a little bit longer to cross.”

For some foreign-policy watchers, meanwhile, the idea of calling a global summit of democracies may yet retreat to a back burner as Mr. Biden finds that domestic concerns take top billing, while allies press for more pragmatic actions on climate change and trade disputes.

But that would be a shame, some foreign-policy experts and former officials in administrations of both political parties say, not just because a democracy summit would be a way to proclaim that America is back. More important, some say, it would signal that the United States is once again asserting the values that for seven decades made it the go-to leader and model on rights and other norms for much of the world.

With defense policy and national security concerns focusing more critically on China and Russia, a summit “is a useful way to signal a Biden administration’s commitment to democracy” and to “send a message about democratic norms and values,” says Michael O’Hanlon, a senior fellow in defense and foreign-policy issues at the Brookings Institution in Washington.

In addition, a summit of democracies would signal America’s return to a cornerstone of its postwar geopolitical strategy, the construction and nurturing of mutually beneficial alliances to face a common foe – in this case rising nationalism and authoritarianism.

No rush on Iran deal

One international agreement Mr. Biden is not expected to rush to rejoin is the now five-nation Iran nuclear deal, formally the Joint Comprehensive Plan of Action (JCPOA), which Mr. Trump pulled out of in 2018.

Mr. Biden hopes to return the U.S. to the JCPOA, advisers say, but not before a new round of negotiations with Tehran. The Biden aim would be to not only address the progress Iran has made in its nuclear program since the U.S. withdrew from the accord, but to also take up some of the issues not included in the original agreement. Mr. Biden would also insist on extending the JCPOA’s “sunset” dates.

But Senate Republicans – and some Senate Democrats – are likely to do what they can to block any U.S. return to the JCPOA. Indeed, some Iran experts say they expect the Trump administration to use its waning days to take steps that will make any Biden diplomatic overtures to Tehran extremely problematic.

Citing reports that the Trump administration is planning to add new sanctions on an already sanctions-smothered Iran on a weekly basis, Karim Sadjadpour, an expert in U.S.-Iran relations at the Carnegie Endowment for International Peace in Washington, says the sanctions are designed to make any Biden diplomacy with the Iranians more difficult.

He notes that the new sanctions are expected to focus on Iran’s missile program, domestic human rights abusers, and support for radical element in the region. “The significance will be that the optics won’t look so good for the Biden administration” if it moves to lift those sanctions in return for Iranian commitments, Mr. Sadjadpour says.

Yet despite Mr. Biden’s desire to return to diplomacy with Tehran, the Iran file is just one where the president-elect is expected to differentiate his foreign policy from the one he helped advance under Mr. Obama.

Another is China, and perhaps to a lesser degree, Russia.

Under Mr. Obama, diplomatic overtures to both Tehran and Beijing were made with the assumption that deals incorporating them into the international community – China into the World Trade Organization, for example, Iran into the JCPOA – would also over time act to alter their anti-liberal behavior both at home and in their neighborhoods.

But that did not work as envisaged in either case.

Mr. Biden is said to see the world as having changed not just over the last four years of the Trump presidency, but since he entered the White House as Mr. Obama’s vice president in 2009. He now favors a narrower and more realist conception of diplomacy that serves U.S. national interests – for example, pursuing climate and arms control accords with China – without pie-in-the-sky expectations of eventual regime behavior modifications, according to Biden foreign-policy advisers and the president-elect’s own words.

Similarly, no one expects to see a push for a “reset” with Moscow from a Biden administration. Efforts to quickly relaunch foundering arms control diplomacy, yes – but no hopes that such negotiations and diplomatic reengagement might also lead to significantly wider cooperation with Vladimir Putin’s Russia.

Holding a summit of democracies, meanwhile, is something Mr. Biden could accomplish despite the strong political headwinds he is expected to face on the foreign-policy front at home.

And not just from what could be an uncooperative Republican Senate majority, but also a Democratic congressional caucus divided between moderate realists and progressives who hold differing views of how the U.S. should interact overseas.

Formation of the Cabinet is one of the first and most significant ways of setting the tone of a presidency. For secretary of state, Mr. Biden is said to have former Obama national security adviser and ambassador to the United Nations Susan Rice at the top of his list. And he’s expected to name former undersecretary of defense Michèle Flournoy as Pentagon chief – making her the first woman in that role, breaking another of America’s most durable glass ceilings.