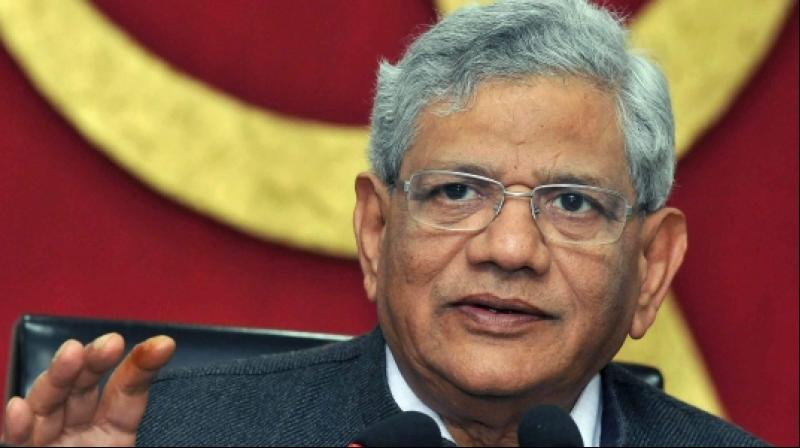 New Delhi: With the three Left parties bagging 13 seats and leading in three others in Bihar, CPI(M) general secretary Sitaram Yechury warned naysayers against writing them off, saying they would have notched up higher numbers in the elections had they been given more seats.

As of 11.50 pm, the CPI(ML) had won nine of the 19 seats they fought on and were leading in three others. The CPI(M), which competed on four seats, has won two, while the CPI had also won two of the six it contested.

The Left parties contested 29 seats in the Bihar Assembly elections.

"We were clear from the beginning that we have to defeat the BJP. Our strike rate in Bihar is 80 per cent and if we had been given more seats, we would have contributed more to the gathbandhan tally," Yechury told PTI.

"Our alliance with the RJD and Congress combined issues of social justice with that of economic justice. One cannot be achieved without the other," he said.

Many in the party had questioned RJD leader Tejashwi Yadav over what they called "disproportionate concessions to the Left, particularly to the CPI(ML)". However, the calculations triggered by the state's socio-political dynamics and the cadre strength of the Left parties seem to have worked.

"This election result has shown that no one can write off the Left and those doubting the relevance of the Left parties should think of what our strike rate has been in Bihar. No one has that strike rate. The Left is a necessity for Indian democracy," Yechury said.

He said the Left parties "provided legitimacy" to the grand alliance to fight the BJP.

"We have been the most consistent with our demand for the rights of the people. The red flag has withstood the test of time, despite election results."

"We did not want the BJP in government. It should be prevented from using government machinery to destroy the fabric of India through communal polarisation," he said.

"Having declared the winner, how can things change? The 31st round is the last round. The EC has to come clean on this," he said.