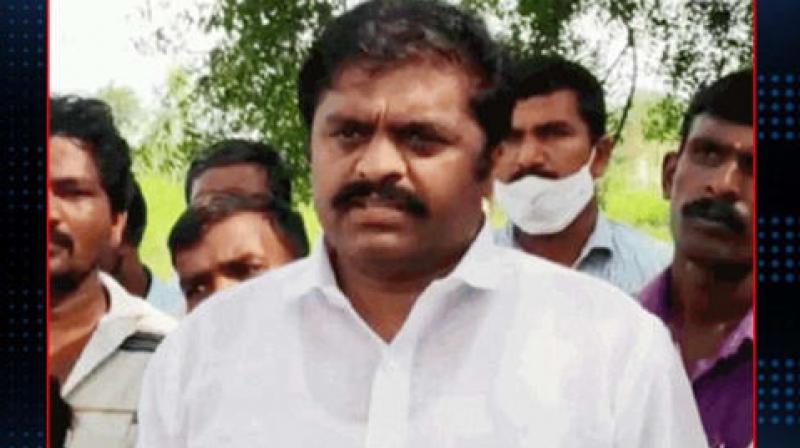 Hyderabad: What does a party that loses an election do? Look for silver linings on an otherwise dark day. This is the position that the Telangana state Congress found itself in on Tuesday after its candidate Cheruku Srinivas Reddy was left as a bystander watching a wildly swinging prize fight unfold between the Telangana Rashtra Samiti’s Solipeta Sujatha and Bharatiya Janata Party’s M. Raghunandan Rao in which Rao emerged the winner in Dubbak.

Srinivas Reddy was left at the third spot, watching the developments along with his party’s senior leaders, from the sidelines.

Even on this bleak Tuesday, Manickam Tagore, the All India Congress Committee general secretary in-charge of Congress in Telangana state, found some hope. With a mandate to whip the party into some shape in which it can take on the well-entrenched TRS and a growing, if not at times belligerent, BJP,Tagore’s Tweet said it all. He his party leaders and workers, the “brave soldiers” who “worked hard to convince the people of Dubbaka about our agenda for them.”

Then came the silver lining. “We found good team players in the Battlefield (sic),” he wrote. Team building, in a party riven by dissent and distrust among its state leaders, has been one of his avowed aims ever since he took charge of the Congress in the state. The message was that for now, the Congress will make do with what it managed in Dubbak.

It is not for want of trying. Senior party leaders, led by Telangana Pradesh Congress Committee president N. Uttam Kumar Reddy practically camped in the constituency, high-profile leaders were made in-charges of different mandals to focus on mobilising voters for Congress.

For once, the party’s leadership did not scramble to offer an explanation for its poor showing in Dubbak. The message was this was OK, expected, and in some ways, nothing out of the ordinary for the party which had been at the receiving end from the voters for the past six years.

‘We all know hate when we see it’: Democrats speak out on Atlanta shootings