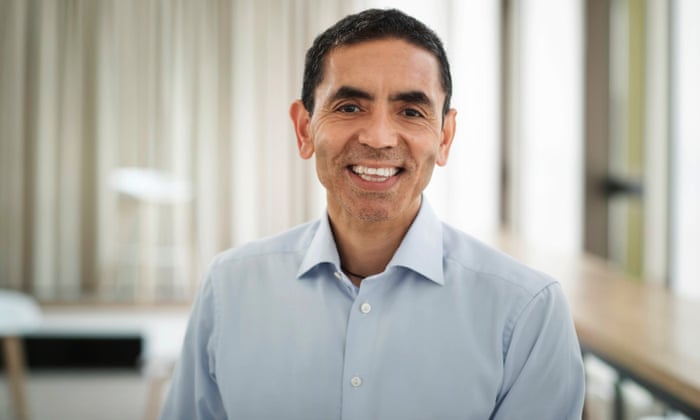 The scientist behind the first potential Covid-19 vaccine to clear interim clinical trials says he is “very confident” the jab will reduce transmission of the disease, perhaps by 50%, resulting in a “dramatic” reduction in cases.

The German company BioNTech and the US pharmaceutical firm Pfizer announced to worldwide acclaim last week that their jointly developed vaccine candidate appeared to be 90% effective in stopping people from falling ill.

Uğur Şahin, the chief executive of BioNTech, said he expected that further analysis would show that the jab is also effective in stopping spread of the disease, but probably not by as much as 90%. Certainty around its impact will not come until next year, he added.

“I’m very confident that transmission between people will be reduced by such a highly effective vaccine – maybe not 90% but maybe 50%. But we should not forget that even that would result in a dramatic reduction of the pandemic spread.”

Şahin said the scientists would have a better understanding of the vaccine candidate’s impact in slowing transmission “in a few months” following further analysis of the antibody response in trial participants.

BioNTech has said previously that some crucial questions regarding the jab’s efficacy will only be answerable in the coming weeks and months. Establishing for certain whether it can also stop asymptomatic infections could take up to a year.

It is also not known how long immunisation will last once the vaccine has been taken, but Şahin said on Sunday that the jab could be required “every year, every second year or every five years”, depending on the antibody response.

The companies hope to deliver more than 300m doses of the vaccine around the world by April next year, with the first injections taking place next month. This would be too late to have a dramatic impact on the second wave sweeping across large parts of Europe and the Americas, Şahin said, but it could help the west have a “normal winter” next year.

“This winter will be hard. We will not have a big impact on the infection numbers with our vaccine this winter. If everything continues to go well, we will start to deliver the vaccine end of this year, beginning of next year,” he said.

“The bigger impact will [not] happen until summer. The summer will help us anyway because the infection rate will go down. What is absolutely essential is that we get a high vaccination rate until or before autumn, winter next year.

“That means all the immunisation vaccination … must be accomplished before next autumn. We are confident that this will happen because a number of vaccine companies have been asked to increase the supply, so we could have a normal winter next year.”

Şahin, whose wife, Özlem Türeci, is BioNTech’s chief medical officer, said he received the “extremely relieving” news about the results of their interim trial in an 8am call from Pfizer’s chief executive, Albert Bourla. Asked how he and his wife celebrated the news, Şahin said: “We sat together and had a tea … this is not only British, this is also Turkish.”