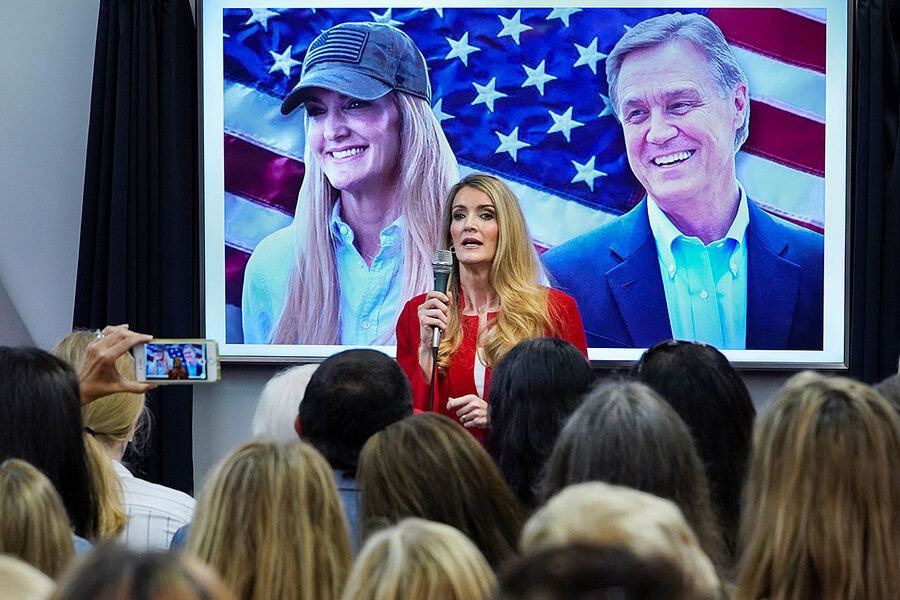 From where he sits in front of his father’s Savannah Gardens home, independent voter Lawrence Leach can detail the economic devastation from the coronavirus crisis.

That house on the corner? That woman lost her job. Across the street? Her, too. And the next street over? At least two of his friends are out of work and struggling to pay the bills.

The pandemic and an economic downturn had an impact on his own bottom line, too, since people can no longer afford his modestly priced lawn-mowing services.

Looking in part for leadership to “squash the virus,” Mr. Leach, a computer technician by trade and landscaper by necessity, became one of thousands of Black voters in Atlanta and Savannah to swing the state to a Democrat – Joe Biden – for the first time in nearly 30 years. With President-elect Biden ahead by more than 14,000 votes in the state, Georgia’s secretary of State announced a hand recount of the presidential votes.

A long-term push by Democrats to turn Georgia blue now sets up a throwdown fight for the control of the U.S. Senate, as the state prepares to hold two senatorial runoffs on Jan. 5.

“I did not dislike Donald Trump,” says Mr. Leach, who appreciates what he calls the president’s muscular foreign policy. “But finally I couldn’t take the disunity.”

As Georgia is suddenly on everyone’s mind, he takes a second to bask in his home state’s largely unforeseen appearance at a historic crossroads of American politics.

Georgia’s winding journey to the main stage reflects the evolution of a center-right state under full Republican control to one with an increasingly diverse and energized electorate. It’s becoming an up-for-grabs crucible of a changing South.

Republicans are seen by many as having an edge in the runoff campaign, since it won’t feature the Trump-Biden matchup that fueled turnout in the general election. But as the nation focuses its attention – and political dollars – on this state in coming weeks, Georgia offers a glimpse into how demography may be less destiny than opportunity, and how empowered electorates can turn single-party states into dynamos of democracy.

“I don’t like the term ‘change,’ because then you almost negate or belittle native Georgians, as if we need to change what Georgia is,” says Tammy Greer, a political scientist at Clark Atlanta University, who has studied Georgia’s political shift for the past 12 years. “I prefer to say ‘enhance’ what is already here in Georgia. When you do that, you bring more people into the fold instead of pushing them away. That’s when you see that people in urban areas really care about the people in the rural areas, because they literally have the same concerns – and are both sometimes neglected.”

The runoff races are occurring because Georgia is a rare state that requires at least 50% of votes to claim victory. Two Democrats – the Rev. Raphael Warnock and the documentarian Jon Ossoff – will on Jan. 5 face off against Republican incumbents, who are businesspeople: investment guru Kelly Loeffler and former Dollar General CEO David Perdue.

With 10 million people and 16 electoral votes, the Peach State is a study in contrasts. It was once a pioneer in an industrializing New South. Today, it hints at a possible “Blue South.”

Georgia’s modern diversity is striking. Hip-hop artist Future hails from from Atlanta’s east side, and country artist Luke Bryan from rural Leesburg. Global refugees flock to Clarkston, Koreans and Vietnamese to Doraville, and Latinos to, well, just about everywhere. A triumvirate of historically black colleges anchor Atlanta, a global city led primarily by African Americans. Some call it “Wakanda” after the utopian city in the movie “Black Panther.”

White voters in Georgia have declined from nearly 8 in 10 in the Clinton years to 6 in 10 today. Losing margins for Democrats in statewide races went from 10 in 2012 to 5 in 2016 to 1.5 in 2018, a tide that finally crested this year for Mr. Biden, who is up by less than a percentage point heading into the recount.

Republicans control the governorship and both legislative houses, a trifecta that Democrats mistakenly believed they might crack in 2020. That fact alone puts a damper on the hope of using Georgia to build a Democratic trifecta in Washington.

“While we lost the presidency … Republican values and positions on policy were actually ratified by the voters,” says GOP operative Eric Tanenblatt. “And if anything I think that in Georgia we’re still a center-right state.” The Democrats in the race, he believes, “don’t match up or align with Georgia values.”

Amid the demographic changes, Mr. Tanenblatt says that in many ways the state lives up to its motto, “Wisdom, justice, moderation.”

“I disagree about Georgia being conservative, because there are many policies in Georgia that liberals agree with, yet the [policies] come from conservatives,” agrees Ms. Greer at Clark Atlanta. “If there were more political participation you would have … a very centered Georgia when it comes both policies and politics – particularly political rhetoric.”

Ms. Gillespie at Emory says the Georgia results can’t be explained without a bold mention of Stacey Abrams and her 2018 gubernatorial candidacy.

After narrowly losing her 2018 race without conceding, Ms. Abrams, a Yale-educated lawyer, turned up the volume on her Fair Fight organization, activating about 100,000 new voters. Her efforts reverberated nationally. Democrats in the battleground state of Wisconsin, which Mr. Biden won decisively after Mr. Trump’s victory there in 2016, credited Ms. Abrams for her voter protection initiatives.

In remarks to the progressive group Frontline ahead of last week’s election, Ms. Abrams compared Democrats chasing Georgia to “Lucy and the football with Charlie Brown: Why bother because it’s never going to happen?”

The solution was to try harder, she told attendees: “We will dream bigger than they think our imaginations can contain.”

Defying rules of thumb here, Mr. Biden squeaked through with less than 30% of the white vote in Georgia. In counties like Clayton County, which put Mr. Biden over the top early Friday morning, the memory of the late civil rights leader John Lewis, who frequently feuded with President Trump, played a role for at least some voters.

The last time Georgia stood at the center of U.S. politics was 1992. That year, too, a presidential race roiled the political stakes.

“In 1992, it’s just like what we’re experiencing now: You had an incumbent president that got defeated, and there were people very disappointed that we lost the White House,” says Mr. Tanenblatt, who ran Mr. Coverdell’s campaign. “But the one bright hope … was Paul Coverdell.”

He recalls sending staffers to the post office with black plastic garbage bags to collect all the donation checks that poured into the race.

“[President-elect] Clinton came, saxophone in hand. We had Charlton Heston. All eyes were on Georgia. I would imagine the same is going to happen over the next 60 days here.”

This year, both of Georgia’s U.S. Senate races were toss-ups heading into the general election, according to J. Miles Coleman at Sabato’s Crystal Ball, at the University of Virginia.

Mr. Warnock and Mr. Ossoff have already campaigned together as a ticket.

On the Republican side, Senators Loeffler and Perdue called for Secretary of State Brad Raffensperger to resign over unspecified problems with the election. Mr. Raffensperger, also a Republican, said “that isn’t going to happen,” suggesting the candidates focus on their own races.

Neighboring South Carolina may be a cautionary tale for Democrats. Despite hauling in a massive amount of money to run against Sen. Lindsey Graham, Democrat Jaime Harrison fell far short.

“One of the lessons this week was that a lot of those kind of wealthier white suburbanites who trended a bit more Democratic in the Trump era, they are not full Democratic voters yet,” says Mr. Coleman. “The attitude I’ve heard from a lot of Republicans in those north Atlanta suburbs is, ‘We don’t like Trump, but just give me some Republican to vote for.’ That’s a dynamic the Democrats are going to have to consider in the runoffs.”

Mr. Coleman adds: “What may help is that Ossoff is running with a Black candidate on his ticket. That’s something that Democrats, especially in the South, have to remember: The heart and soul of the Democratic Party is not white suburban liberals, it is Blacks. We also learned from the Jaime Harrison race … that there are two things money can’t buy: love and Senate races.”

That leaves the governing direction of the country up to voters like Tony Brown, whiling away a few minutes on a bench in Savannah Gardens on Monday. Reveling his contribution to Mr. Biden’s victory, Mr. Brown says he looks forward to voting again on Jan. 5.