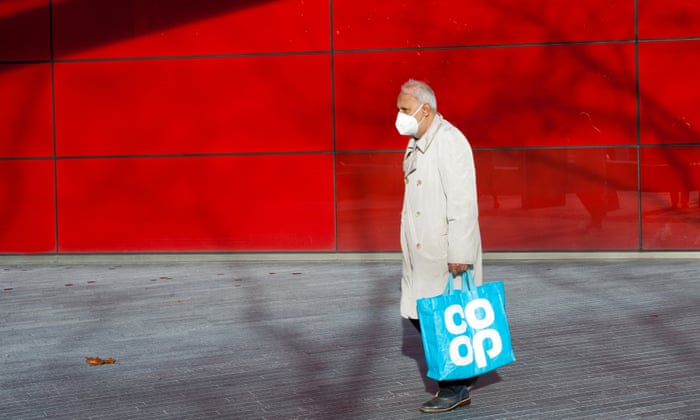 Vitamin D has moved a step closer to being used as a potential way to prevent and treat coronavirus after Matt Hancock asked government health advisers to produce new guidelines on its use.

The health secretary told the National Institute for Health and Care Excellence (Nice) and Public Health England to create guidelines for the use of the “sunshine” nutrient two weeks ago, before it was reported that the government was planning to give four months worth of vitamin D supplements to more than 2 million vulnerable and elderly people, following the lead of Scotland.

In a statement, a spokesperson for Nice, which sets NHS clinical guidelines, told the Guardian: “Nice and PHE received a formal request to produce recommendations on vitamin D for prevention and treatment of Covid from the secretary of state for health and social care, Matt Hancock, on October 29.”

The move comes after the government began considering giving vitamin D supplements to elderly people and those who are shielding as the UK enters winter. There is growing concern that many people may have poorer vitamin D levels than usual as a result of staying indoors for longer periods during the pandemic.

Vitamin D’s effect on immune systems has long been debated among experts. A number of studies have suggested that low vitamin D levels are associated with a higher risk of death from coronavirus, and some believe sufficient levels of it can reduce tissue damage from lung infections.

Advice on vitamin D in the UK has focused on musculoskeletal health conditions, such as rickets. A paper in the journal BMJ Nutrition Prevention and Health last month said the professional view of vitamin D as medicine was jeopardising care home residents’ health and that a change was needed to view it as a key nutrient instead.

The Guardian understands discussions are continuing within the Department of Health and Social Care (DHSC) over whether to give vitamin D tablets to black and minority ethnic people in an attempt to address disproportionate deaths from Covid-19 in those populations. Similar conversations are under way on whether to provide supplements to obese people.

The higher the levels of melanin in the skin the lower the levels of vitamin D created, which is exacerbated in places with less sunlight, meaning people of colour in the UK may be at much greater risk of deficiency.

On Tuesday in the Commons, the Tory former minister David Davis hailed free supplements as a “low-cost, zero-risk, potentially highly effective action”. He highlighted a Spanish trial involving 76 patients with Covid-19 in which 50 were given a high dose of calcifediol, an activated form of vitamin D. Half of those who were not given it had to be placed in intensive care, and only one person who received it required ICU admission but was later released with no further complications. Two patients who did not receive calcifediol died.

Hancock said he could not confirm details, but was “working hard” on the issue. He was aware of the Spanish trial and was “looking at this very closely”.

It is unclear whether vitamin K, which is believed to aid the absorption of vitamin D, would also be provided with free vitamin D supplements to people in care homes or who have been shielding.

In June, Nice said there was no evidence to support taking vitamin D supplements to prevent Covid-19, following reviews. The Scientific Advisory Committee on Nutrition (SACN), which is within Public Health England, reached similar conclusions.

Since April, PHE has recommended all people take vitamin D daily, but only in low doses of 10 micrograms (400 IU) per day in autumn and winter. These guidelines are also due to be updated.

Meanwhile, trials ordered by the Intensive Care National Audit and Research Centre remain under way to evaluate the use of high-dose vitamin C in patients with community-acquired pneumonia caused by Covid-19.

A DHSC spokesperson said: “This is a new virus and we keep all strong evidence on treatments under review.”

PHE confirmed it had been approached by the DHSC but did not wish to comment.