African African spurred tortoise Leonardo came to the rescue centre the Wildlife Friends Foundation Thailand (Foundation of friends of nature in Thailand, WFFT) in 2013, and the calf Simon got here in January of 2016. The calf broke off part of the hoof due to the fact that he is confused in plants, and the shelter staff gave him a prosthesis. At first he was placed into a large open meadow, to he recovered, and was planning to send it to two other rescued cows. But then something unexpected happened… 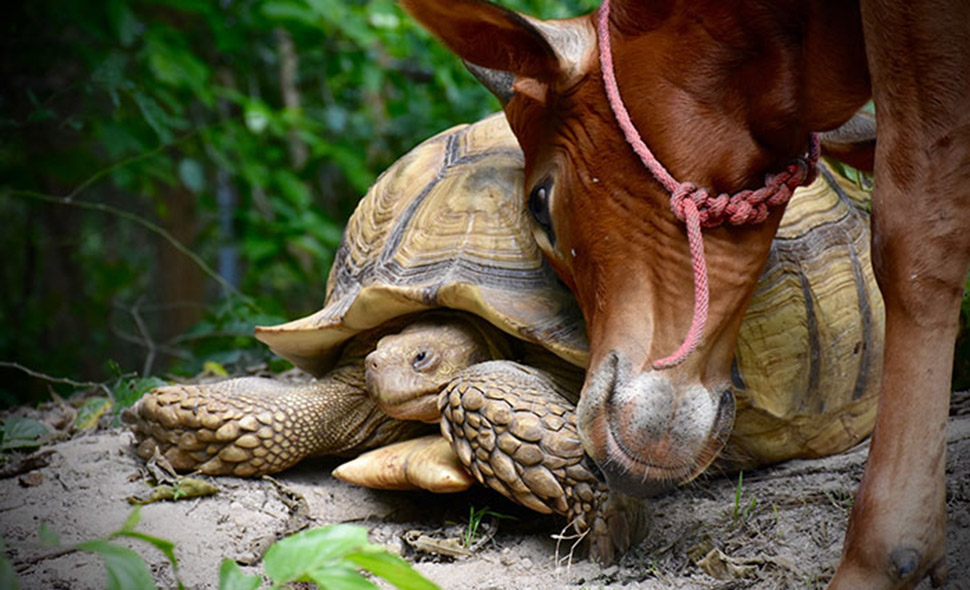 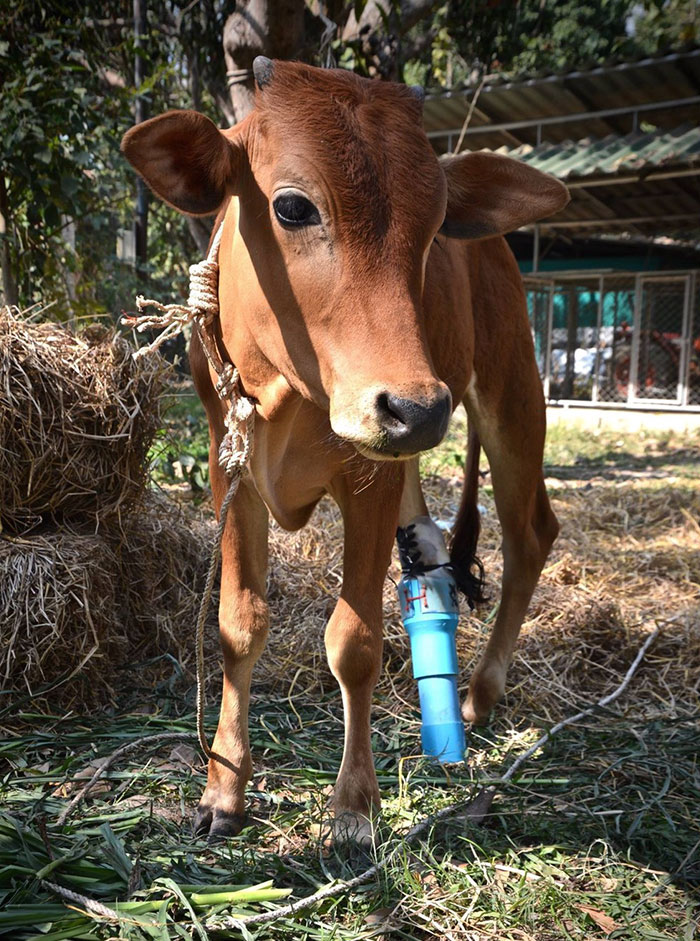 Calf Simon was in reserve, when seriously damaged hoof stuck in creeping plants. 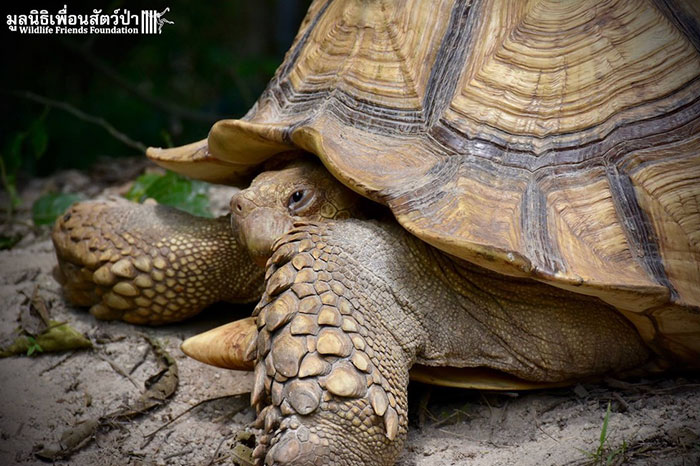 Leonardo, African African spurred tortoise was rescued from a zoo in Bangkok. 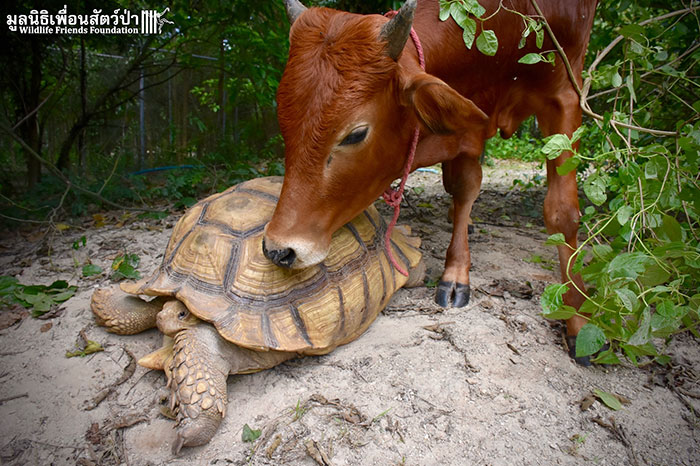 In the reserve of occurred extraordinary event: calf met a turtle… 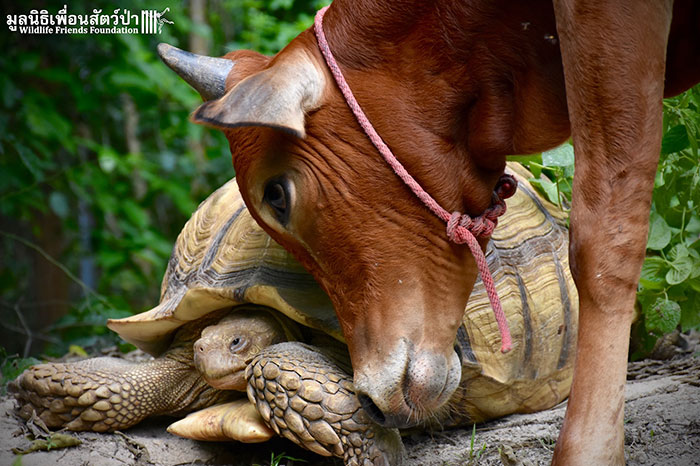 …and they became best friends! 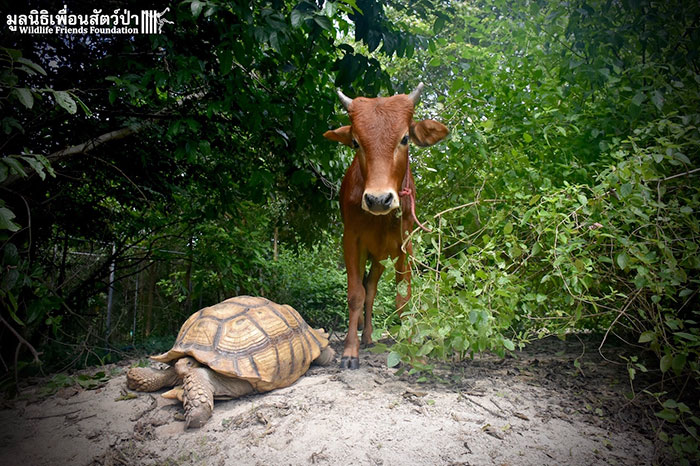 “We all surprisingly, between the calf Simon and turtle Leonardo have formed a strong bond,” — say the staff of the reserve WFFT Rescue Center. 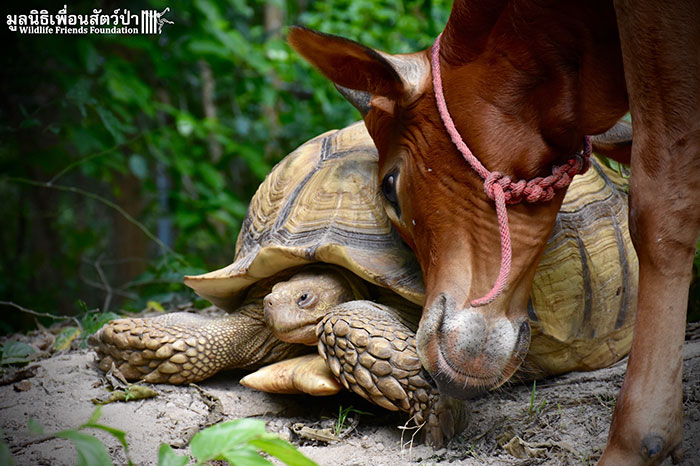 They add that animals are inseparable. 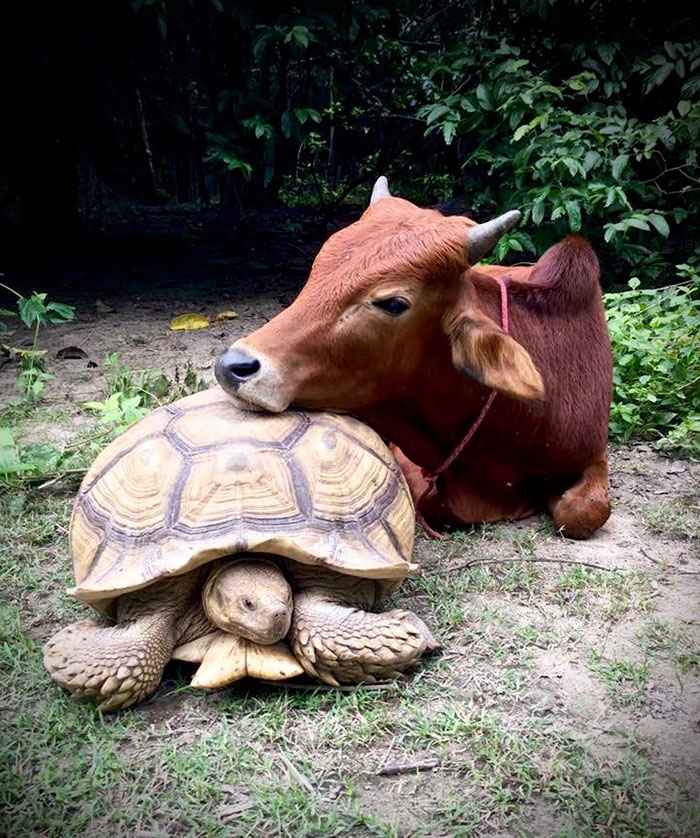 “They often visit each other, eat together and relax. We hope that this unusual friendship will develop further”.