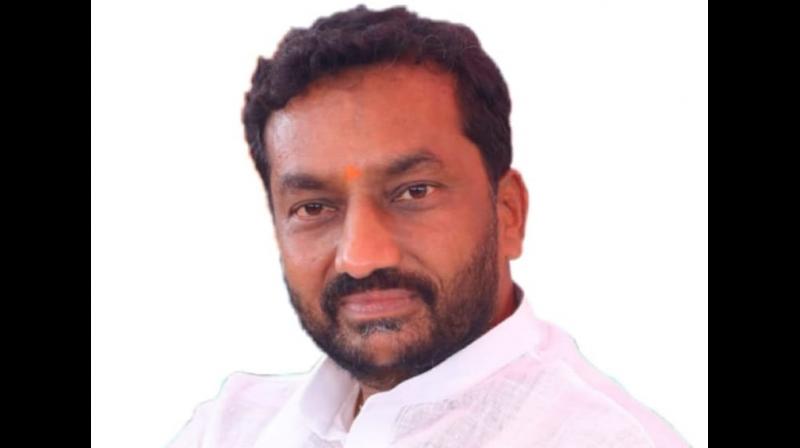 Hyderabad: BJP’s M. Raghunandan Rao stunned the fancied TRS at Dubbaka in a manner much suited for a T20 cricket match, snatching the bypoll by a narrow margin in the last rounds of counting.

The TRS, which was discussing its margin of victory, lost by about 1,470 votes, one of the rare times the party has lost a byelection. To place things in perspective, the TRS had won the seat in 2018 with a 67,00-vote margin.

The BJP’s  tally goes up to two in the Assembly with this win, the other MLA being T. Raja Singh.

It was a sweet comeback for Raghunandan Rao, once a TRS politburo member, who had stood third in the 2014 and 2018 Assembly elections, and capped one of the most aggressive BJP campaigns in recent times headed by TS unit president Bandi Sanjay. Raghunandan Rao described the victory as a referendum on the rule of Chief Minister K. Chandrashekar Rao

The shock for the TRS began in the early rounds when Raghunandan Rao established a slim lead. TRS candidate Solipeta Sujatha recovered some lost ground and even surged to the lead. In the last rounds, however, Raghunandan Rao clawed back and never let go.

The byelection was a triangular contest till the police seized cash from a close relative of BJP nominee Raghunandan Rao. The BJP sharply ramped up its campaign, taking on the TRS and ultimately winning.

The arrest of Sanjay by the Siddipet police and his subsequent protest at Karimnagar further intensified the war between both parties and is believed to have put the challenger ahead.

The TRS accused the BJP of creating law and order issues and using unaccounted money. The BJP had targeted the TRS over development and jobs and strongly highlighted that it was the BJP-led NDA government at the Centre that was funding some of the state’s vaunted welfare schemes.

The issue of the Centre’s contribution hotted up so much that Chief Minister K. Chandrashekar Rao joined battle and threatened to resign if the BJP could prove its charges. This was countered by Sanjay’s own challenge of a debate.

Sanjay and Raghunandan Rao also countered the challenge of finance minister T. Harish Rao who was the lead campaigner for the TRS. The Chief Minister held two official meetings in districts adjacent to Siddipet, where Dubbak is located, to send a message to voters, observers said.

The byelection held on November 3 was necessitated by the death of TRS MLA Solipeta Ramalinga Reddy, the husband of Sujatha, in August. Around 82 per cent voter turnout was recorded. There were 23 candidates in the fray.