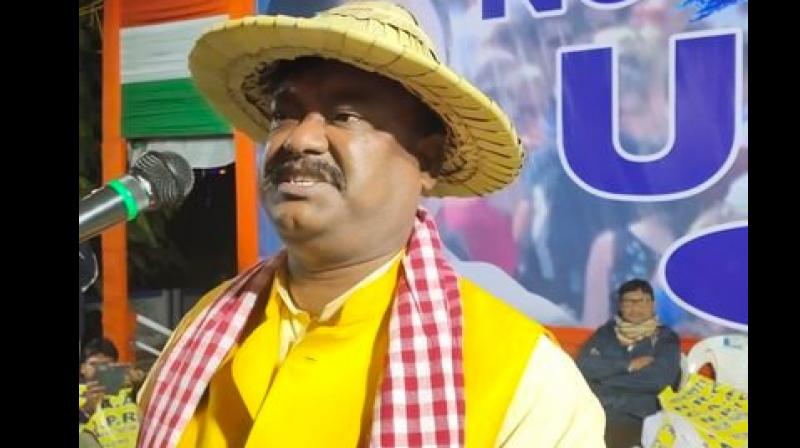 Kolkata: Speculation became rife about two-time Trinamul Congress MLA of Haripal and former minister Becharam Manna's plan to exit West Bengal chief minister Mamata Banerjee's party, reeling under a wave of revolt, after his visit to the Assembly on Thursday wishing to quit his legislator's post.

A section of Trinamul leaders claimed that Mr Manna met Assembly Speaker Biman Banerjee in the afternoon and wanted to tender his resignation for which he carried a letter also with himself. But there has been no confirmation about the resignation either from Mr Manna or Mr Banerjee. The TMC remained silent about it too.

Meanwhile the news of Mr Manna's drastic step reached the top Trinamul leadership which swung into action soon. Later the disgruntled TMC MLA was learnt to have met a senior party leader: Subrata Bakshi who took him into confidence at Trinamul Bhavan off EM Bypass, sources revealed.

Mr Manna's visit to the Assembly came a day after he was severely reprimanded and warned by the Trinamul chief due to his growing internal rivalry with Singur MLA Rabindranath Bhattacharya who recently threatened to leave the party after his follower in a party post was replaced with Mr Manna's aide, party sources disclosed.

To placate Mr Bhattacharya, the TMC leadership reinstated his follower later. This prompted Mr Manna, according to his followers, to assume that he would not get a ticket for the third time in the next year's Assembly Election which was why he wished to quit the MLA post in protest.

His recent proximity to the BJP is not unknown to the TMC however. Ironically Mr Manna, like the present state transport minister: Shubhendu Adhikari who was the face of Nandigram land movement, rose to prominence during Ms Banerjee's fierce movement against forcible land acquisition for the Nano car project of Tata Group during the CPI(M) rule.