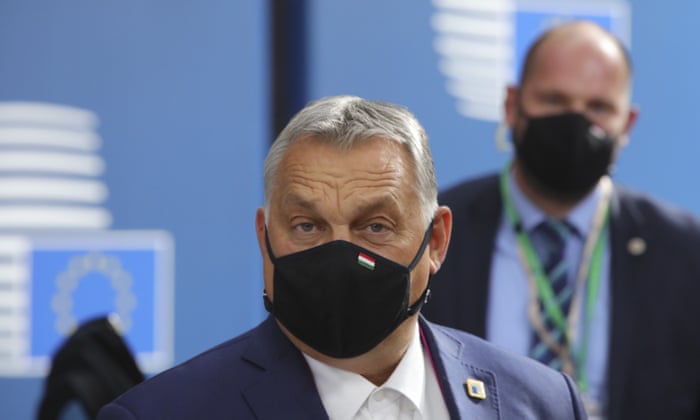 The EU is facing a crisis after Hungary and Poland vetoed the bloc’s historic €1.8tn (£1.6tn) budget and coronavirus recovery plan over attempts to link funding to respect for democratic norms.

The move unravels months of negotiations over the scale and terms of the EU’s spending and sets the stage for a stormy videoconference meeting of the bloc’s leaders on Thursday.

Without agreement among the 27 member states, projects financed by the bloc’s seven-year budget will go without funds and the €750bn plan to rebuild Europe’s shattered economy will not be activated.

“I think we have a crisis again,” a senior EU diplomat said. “We’re back in crisis.”

Hungary and Poland had announced their intentions shortly before ambassadors of the EU’s member states met on Monday to vote on various parts of the financial settlement.

The capitals’ representatives had been due to sign off on the total financial package, requiring unanimity, and on the details of a mechanism to link the provision of funds with continued respect for the rule of law, requiring the support of a qualified majority of member states. They were also due to agree by consensus on a roadmap for new EU taxes to fund an increase in spending.

With Hungary only able to count on Poland to vote against the rule-of-law mechanism, the two countries had to be creative in order to block progress. Representatives for the two member states refused to support the plan to create new EU taxes, with the result that the whole package was torpedoed.

“Hungary has vetoed the budget,” said Zoltán Kovács, a spokesman for the country’s rightwing prime minister, Viktor Orbán. “We cannot support the plan in its present form to tie rule-of-law criteria to budget decisions.”

In a previous warning to fellow governments, Orbán, whose government has been accused of becoming increasingly authoritarian in style and substance, had written that he could not agree to a “proposed sanction mechanism … based on legally vague definitions such as ‘violation of the rule of law’.” He wrote: “Such difficult to define concepts create opportunities for political abuses and violate the requirement of legal certainty.”

The 27 EU heads of state and government had signed off on the broad spending package and the inclusion of a link to respect for the rule of law in July, after days of hard debate.

The details of the deal were then subject to further negotiations between the member states, represented by the German presidency of the EU, and the European parliament. Those talks resulted in the spending total increasing by about €15bn to be funded by new EU taxes.

There was also provisional agreement between the two sides on procedures to block funds from rogue EU governments found to be putting the rule of law or the independence of judges at risk.

The mechanism would allow a qualified majority of member states to impose sanctions where governments fail to maintain democratic standards.

Its inclusion followed the ill-fated launch of procedures under article 7 of the EU treaties against Poland in 2017 and Hungary in 2018 over alleged attempts by the governments to undermine the independence of their judges.

The article 7 procedure requires unanimity among the member states before sanctions, such as the removal of voting rights in Brussels, can be imposed. Both Poland and Hungary had said they would protect each other from such measures, leaving it ineffective.

Under the new mechanism, there would be greater accountability over EU payments through removal of that veto.

A senior diplomat said the European commission and the German presidency of the EU would need to “take stock” before deciding on the next steps.

Rasmus Andresen, a Green MEP who was part of the European parliament’s negotiation team, said: “The resistance of Orbán and the Polish government is irresponsible. Orbán is afraid that the new rule of law mechanism will harm his autocratic regime. He is trying to take Europe and Covid hostage for his failed policies.

“Hungary and Poland risk plunging the EU into a deep crisis. If the EU budget and the recovery package are blocked, the economic crisis in the EU will intensify and the Hungarian and Polish economies will suffer massively as a result.

“Chancellor [Angela] Merkel must now take the lead. False compromises are now out of place. Now it is becoming a problem that the chancellor has so far done little to interfere in the negotiations.”

Gibraltar Brexit crisis: Border with Spain could be SLAMMED SHUT

Covid: 6,000 UK volunteers to be injected with vaccine in phase 3 trial