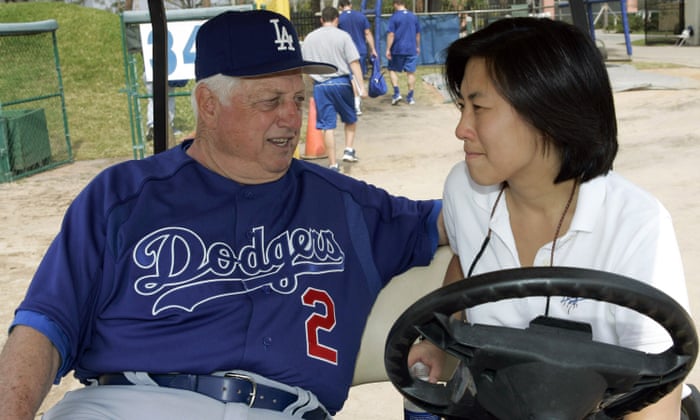 “This challenge is one I don’t take lightly,” said Kim Ng, following Friday’s announcement of her hiring as general manager for the Miami Marlins. Ng became the first female general manager in Major League Baseball, and the first East Asian American in a GM role – more than 30 years after starting out as an intern for the Chicago White Sox. Change has been slow within the front offices of America’s national pastime. Ng was already the youngest assistant general manager in MLB for the New York Yankees when she first interviewed for GM in 2005 for a vacancy with the Los Angeles Dodgers. She didn’t get the job. Ng would later interview for general manager positions with the Seattle Mariners, San Diego Padres, Anaheim Angels, and San Francisco Giants. Each time the role ultimately went to a white male.

Over the weekend, former First Lady Michelle Obama chimed in on Twitter to congratulate Ng on her appointment. It was the second time in less than a week national history had been made in crossing gender and racial barriers – the previous Saturday, vice president-elect Kamala Harris addressed the country as the first female, first black and first south Asian in the role.

In 2018, Harvard Business Review detailed that Asian Americans were the least likely group in the United States to be promoted to management. That same year, MLB earned a gender grade of “C” on its annual report card from the Institute for Diversity and Ethics in Sports. They received a “B” this year. Prior to Ng’s hire for the Marlins, only two other women in baseball’s history had made it to the level of assistant general manager.

A 2003 Sports Illustrated cover story ranked Ng at No 38 in its list of the 101 Most Influential Minorities in Sports. The magazine advised, “Write it down: Ng may become baseball’s first female GM.” Those who took note only had to wait 17 years for it to come true.

The responsibilities of the GM – overseeing team budgets, contract negotiations, coaching staff decisions – are the terrain of long-held cultural associations with men. In a 2011 interview with the first, and to date only, female GM of the National Football League – Susan Tose Spencer for the Philadelphia Eagles – the Philadelphia Inquirer ran a headline that she “knew how to keep the Eagles players happy with ice cream”. Spencer was hired as GM by the team owner, her father Leonard Tose, in 1984, and was kept out of player transactions. A 2018 report on the NFL indicated that while roughly half of the league’s audience is women, females comprise less than a third of the NFL’s employees. 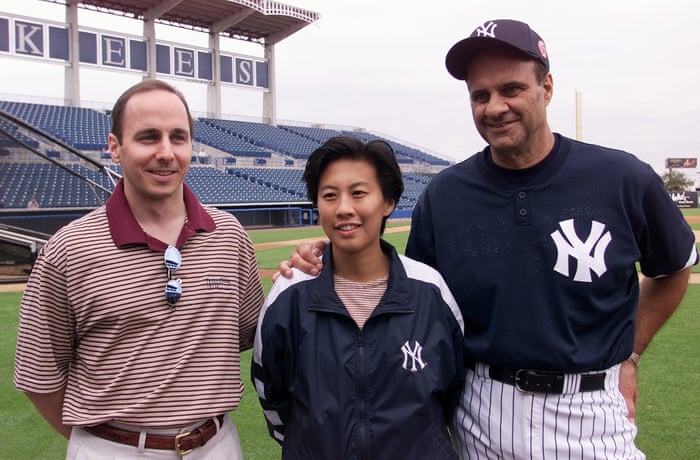 The arguments negating the viability of women in major league sports management are old, and tired. Ng’s hiring announcement was met with the inevitable flood of social media detractors lambasting the Marlins’ decision: “But she hasn’t played baseball!” (Ng played four years of softball for the University of Chicago). In a perspective for the Washington Post, author Sally Jenkins pointed out that the beginning of Ng’s tenure in a GM role also marked a triumphant end: “She terminated once and for all the idea that sports leadership requires some tribal-magic inner maleness, some secret passcode acquired from having ‘played the game.’”

Women have a longer history of pro sports team ownership, but the majority of female-owned teams are either co-owned with a male spouse, or inherited sole ownership via a deceased male relative. The path to outright female ownership feels incongruent with the availability of viable opportunities.

In 1989, the year before Ng would start her internship with the White Sox, the film Major League pulled in $50m at the box office. A former showgirl reluctantly inherits the Cleveland Indians when her husband dies, and she decides to hire the worst players and coaching staff available so the team will lose and she can relocate to Miami. Naturally, the team she puts together discovers her ploy, and band together in winning camaraderie. To keep motivation high, the coaches put a dressed cardboard cutout of their owner in the locker room, complete with an air bubble quote: “You guys stink!”. With each win, a velcroed piece of her clothing is removed.

A more modern, gentle look at women in the C-suite premiered in August: the Apple TV+ series Ted Lasso. An American football coach is hired to coach a Premier League team, despite having never coached soccer before. Why? Because the team’s new female owner wants to make the former owner, her philandering ex-husband, suffer as much as possible when they lose. Her character finds redemption in its story arc, but the origin story – that women are emotional, vindictive, and ill-equipped for sports management – lingers in the background.

During her speech in Wilmington, Delaware, last Saturday, the incoming vice president-elect stated: “While I may be the first woman in this office, I will not be the last.” Echoes of Harris’ sentiment rang throughout the praise heaped on the Marlins’ decision. Said Jean Afterman, Ng’s successor as assistant GM for the Yankees, “I congratulate the Marlins – that after a remarkable season, during extraordinary times – they have broken a barrier that needed shattering.”

In the meantime, female representation – particularly females of color – in the front offices of major league sports remains an anomaly. The true shattering to come, it seems, is how remarkable it will be when it isn’t.