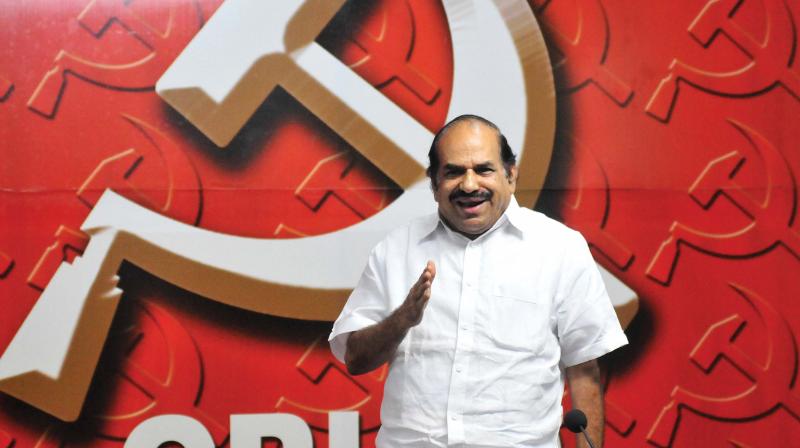 Kochi: A day after his son was sent to jail in connection with money laundering related to the drug case in Bengaluru, CPM Kerala state secretary Kodiyeri Balakrishnan has stepped down from the post. LDF convener A. Vijayaraghavan has been given the temporary charge of the party secretary post.

Kodiyeri has cited health reasons and he applied for long leave to continue medical treatment. His request for leave has been approved by the party state secretariat, says a press note issued by the CPM. It is not clear for how long Kodiyeri will be on leave.

Earlier, the party Central and state leadership has extended full support to Kodiyeri when his youngest son Bineesh Kodiyeri was interrogated and later taken into custody by the Enforcement Directorate in connection with the Bengaluru drug case.

When the state is all set for the local body elections and Assembly polls, Kodiyeri’s resignation will put the CPM, which has been entangled in a series of allegations over the gold smuggling case, into more trouble. It is unprecedented that a state secretary is granting long leave when elections are round the corner.

It can be recalled that Kodiyeri didn’t quit when he went to the US for treatment for his illness in 2019. He has been on treatment for cancer for a while. During that time, party state secretariat was given the charge of day-today affairs.

For Kodiyeri, allegations against his two sons Binoy and Bineesh have always been a headache making black mark on his political career. He was elected as party state secretary as the successor of now chief minister Pinararayi Vijayan in 2015 during the party state committee held in Alappuzha.